An eye on Kefalonias Wildlife

Last week I had a family holiday on the Greek island of Kefalonia. It is situated off the coast of mainland Greece in the Ionian sea. Its an absolutely beautiful Island that is surrounded by a stunning sea that is all kinds of shades of blue. At times its quite simply breathtaking. 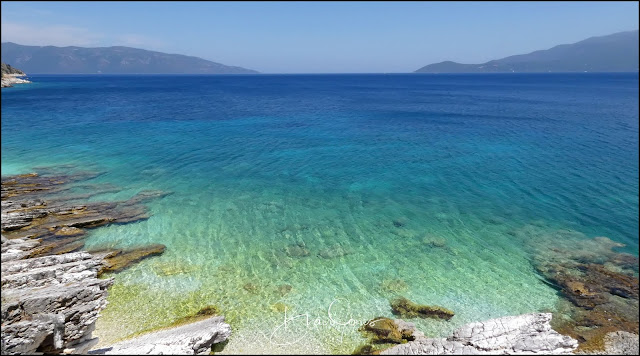 The Island is very mountainous and dry. Kefalonia lies on a major fault line and has been the subject of some major earthquakes. Notably an earthquake in 1953 practically raised every building to the ground with the exception of a town in the far North of the Island.

This was my second visit to the Greek island and I was hoping to keep an eye out for any wildlife that showed up.

On my previous visit to Lixouri and Agostoli I was lucky enough to see some Brown and Red-Backed Shrike, Red-Rumped Swallows , a Logger Head Turtle and some great species of insects - most notably cicadas. This year we stayed at Agia Efimea, a small coastal town with its own harbour that is situated in the North-East of the Island.

The hotel where we stayed had panoramic views of the turquoise sea looking out towards the Island of Ithaca and it backed onto a large mountain that consisted of  an arid scrub land habitat. 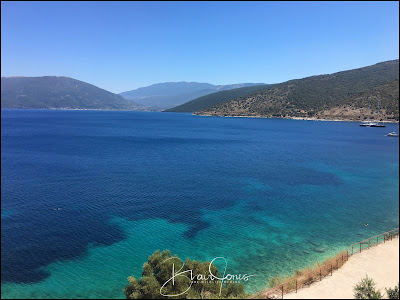 The first wildlife I usually notice in the Mediterranean is crickets. They chirp away in the background almost all day long. I tend to hear them more at night. Whilst you can hear them often I find my brain seems to dim the noise eventually so they hardly register. Last year we arrived in Cicada season and they makes noises on another volume entirely!

I found that there were insects everywhere I looked. There were some I was really glad to see such as Swallowtail and Painted Lady butterflies and others that I rarely saw but whom left me with nasty bites .Midges and mosquitoes came out in force during the night and I would advise anyone out there that goes off the beaten track - especially to spray insect repellent all over themselves to prevent the bites. 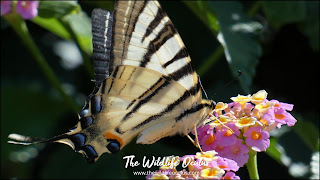 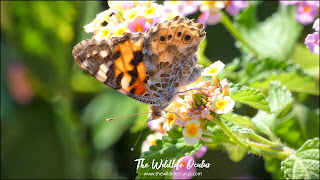 The hotel swimming pool turned out to be a wildlife oasis. Lots of species of wasps were dropping in to drink from the edge of the pool. I tracked one species down to its nest that was neat the hotels elevator entrance. The wasps were not at all aggressive and seemed to be intent on keeping hydrated and using the water to feed their grubs. 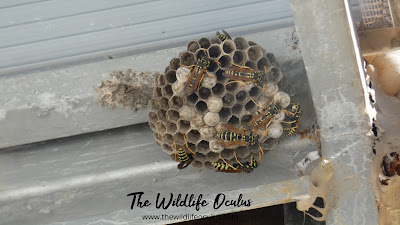 A big highlight was when a huge wasp landed in the pool in front of me when I was swimming. It began to drown. I rescued it using my watch as a life raft to avoid touching it. As it dried out and I took some photographs of it I did some research to identify what it was. I discovered that "she" was a Spider Hunting Wasp, probably of the insect family Pompilidae. These wasps hunt spiders down, fight them, sting the unlucky spider injecting a super powerful venom that causes paralysis's but does not kill the spider. The wasp then drags the spider off to as hole in the ground where the wasp lays her eggs into the living spider and they eat it from the inside out. Now that is just like something from the Alien films. 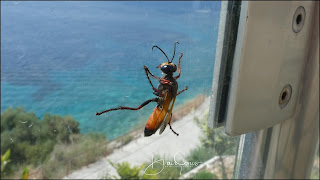 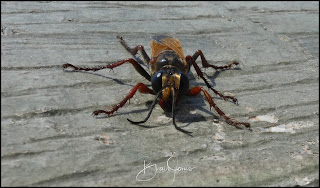 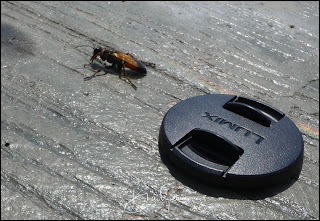 It was a good job that I handled it carefully as these species of wasps have some of the worst stings known in the natural world.

On the bird front there was quite a few spectacular sights to enjoy. The hotel was home to House Martins, Barn Swallows and Red-Rumped Swallows. One of the fantastic things to watch was when they swooped down and skimmed the swimming pools surface for a drink. They put on amazing aerobatic displays from dawn to dusk. At breakfast I enjoyed watching the Martins and the Swallows feeding their chicks at their nests just above my head. 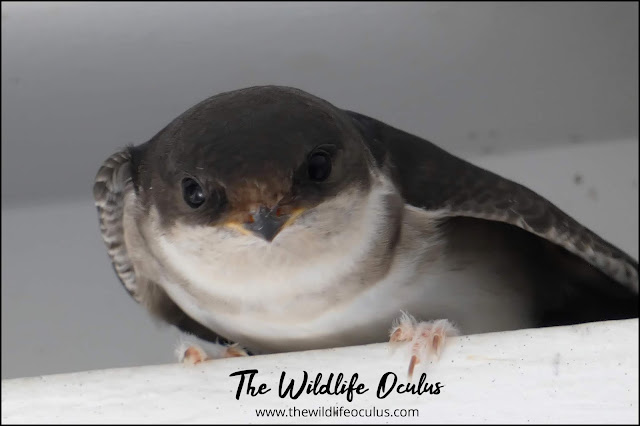 With their being large numbers of hirundines flying about their had to be good odds that a bird of prey would put in an appearance.

Whilst I scouted the scrub land near the hotel I heard the unmistakable calls of a pair of falcons. I soon found them - a pair of Kestrels appeared to have made a cliff that rose up from the sea their home. I watched them go out on hunting trips. Always circling to gain height and rise up to the top of the mountain.  I never saw them take a hirundine but I imagine if the opportunity was there they would take one.

I have checked my identification books and I think they are normal Kestrels rather than the Lesser Kestrel species that sometimes visits Kefalonia. 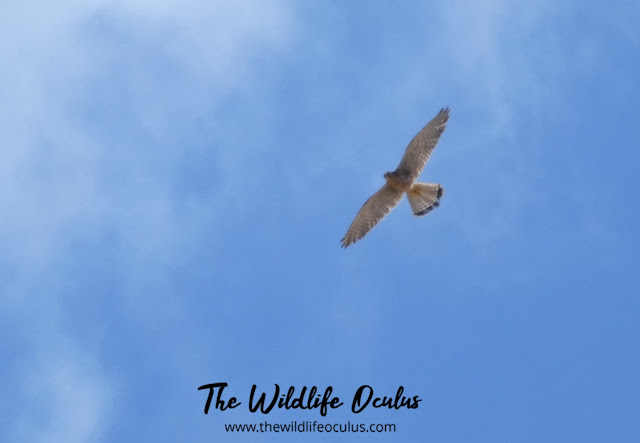 Along the coast I found it generally quite quiet. I came across a pair of Yellow-Legged Gulls and there was a small flock of feral pigeons that behaved like Rock Doves. 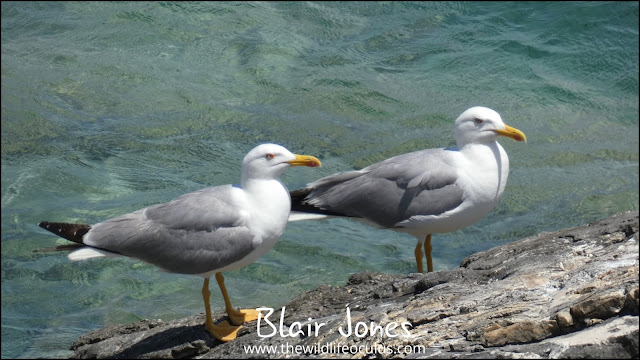 In the scrub land I saw Jays, Collared Doves, Blackbirds,House Sparrows, Goldfinches and some little brown jobs. I lacked my scope and big DSLR lenses on this trip so struggled to pick out the smaller birds.

I took the opportunity to snorkel in the clear blue sea. I was amazed at the different numbers of fish. I am no expert but am sure I saw more than 20 different types including Ornate Wrasse, Mediterranean Rainbow Wrasse, Seabream, and Salema. I must say how very clean the water was and the complete absence of litter including plastics. In this area of the coastline its really kept clean.

I think Kefalonia probably has a huge amount of species to be seen and I just witnessed a very small part if it.