Showing posts from September, 2018
Show All

As darkness falls on Goldcliff Lagoons 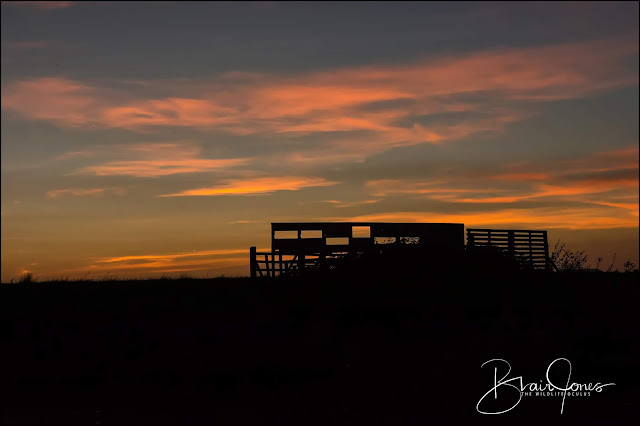 Ive been experimenting a little at Goldcliff Lagoons and due to when my free time is and the nights drawing in I am finding myself getting less and less hours of daylight at the reserve.

I am also trying to mix things up a bit and try some different styles of photography. The clear skies have been perfect for sunsets, silhouettes  and night sky pictures.

The sky at Goldcliff really goes a fantastic orangery red colour and I love the look of the wind turbines and power station in the background as they make fabulous silhouettes.

I tried to capture the hides and platform screens in a different light and I think some of the pictures turned out quite well.

The birds were difficult to photograph as the lights dimmed so I tried to use the most of the setting sun lighting up the water to good effect.

My last experiment was a first for me and that was taking pictures of landscapes at night. The planet Mars has been showing really well all week. Other than the moon its been the brightest objec…
Read more 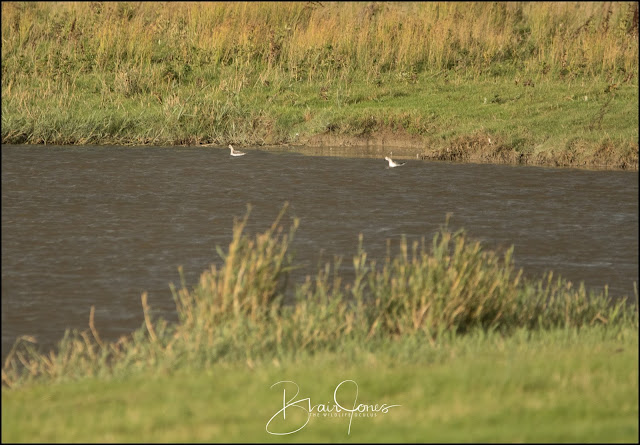 All week I've been busy working but when I get the chance to think about something else other than work my mind has drifted off to wondering what rare birds the Storm Bronagh would bring.

A review of the tides schedule and weather predictions on Monday made Friday evening look like it was going to be a good bet for seeing some birds at Goldcliff Lagoons at high tide.

All it meant was that I would have to wait out the week and keep my fingers and toes crossed.
It was a long wait.

By Friday afternoon I was getting excited and when my social media feeds lit up with sightings of two Grey Phalarope at Goldcliff Lagoons I was foaming at the bit.

At the end of work I was out of the door in a flash and shot off to the lagoons.

I arranged to meet up with my birder friend Steve and hoped the Phalaropes would remain in view.

On arrival I bumped into a few birders as I marched in my wellies to the seawall hide. I was reassured the pair of the Phalaropes were showing well but at a distance.

A week of low tide visits and golden sunsets 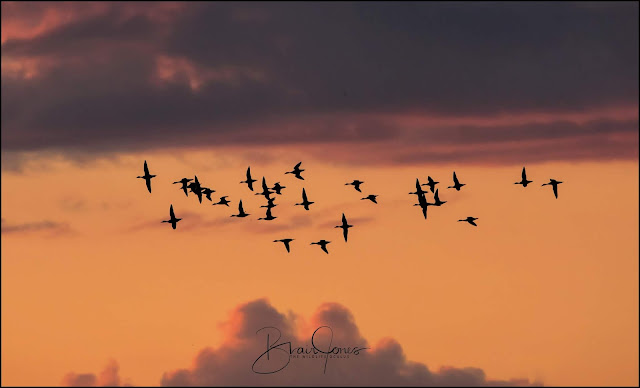 This week I have had a few visits to Goldcliff Lagoons. All of have been at low tide. Such are my commitments of late , my free time has never coincided with a high tide. That is how things go when you have a busy life so you have to make the most of any opportunities to watch wildlife. It also means you need to adapt your photography to suit.

At low tide it has generally been quiet on the lagoons. Naturally the birds will follow the ebb and flow of the tides. Certainly at this time of year the numbers of birds are greatest at high tide. Despite being at the reserve at low tide there continues to be birds to spot but it tends to be that much harder.

I spent quite a bit of time on the sea wall watching the estuaries mud flats. There has been the usual large numbers of Shelducks albeit in the distance, Oystercatchers and Curlew but overall this week the mud has also been quiet.

I cant stop that buzzing feeling. 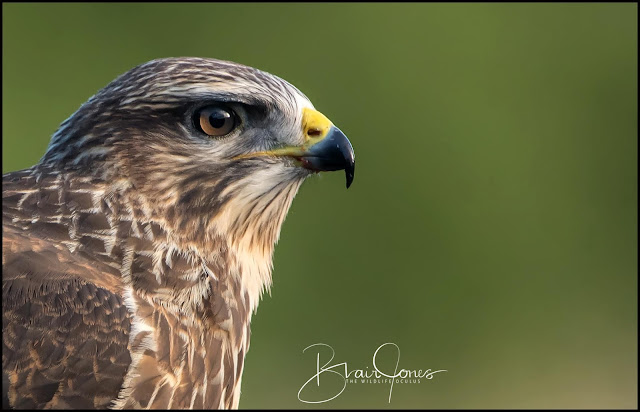 I must admit this week has been eventful and the saying "one good deed deserves another" really came to pass.

It will come as no great surprise to my regular readers that I visited Goldcliff Lagoons. Its a special place that is becoming close to my heart. It is a lovely relatively unspoiled reserve with fantastic hides.

Thursday evening I was looking forward to a late evening bird-watch. When I arrived at the lagoons I was approached by a nice chap who ran up to me. He warned me not to go into Hide 1 as some horrid individual had defecated all over the inside including the birders log book and the smell was revolting.

To keep the story short after a bit of bird-watching and I think I came to the conclusion that I could not do nothing about the mess in Hide 1 and decided to put it right and do my good deed for the week, so that other people in the bird watching community did not have to face it.

What a wonderful Hobby is birdwatching 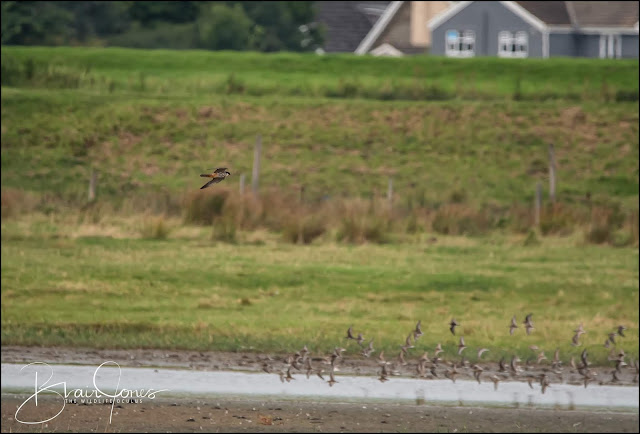 Contrary to the rumours I am not living in a tent at Goldcliff Lagoons ;) I must admit though I have become rather obsessed with this wonderful Nature Reserve. It just does not stop giving. The wealth of bird species is amazing and I never leave the place feeling disappointed. I guess being out in the wilds at the reserve watching and photographing nature is my weekly stress relief.

This mornings visit to Goldcliff was superb. It was very busy on the bird front. Big flocks of Common Ringed Plovers and Dunlins at Lagoon 1. Closer observation revealed a Curlew Sandpiper, Golden Plover and a Red Knot. Three Greenshank were present at Lagoon 1 for much of the morning and early on there were two juvenile Ruff. A nice flock of Lapwings were gathered close to the aptly named "Lapwing" platform and put on some great flight displays all morning.

The duck species are growing in numbers with Mallards, Teal, Shoveller and Wigeon on site.

Two Mute Swans have also been paddling around in …
Read more

The Golden Hours at Goldcliff Lagoons 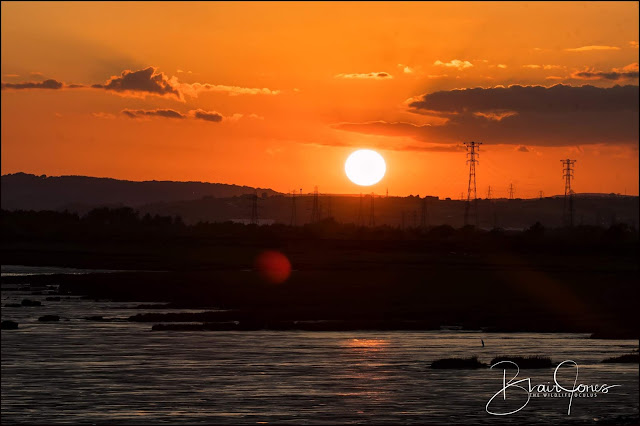 The last couple of evenings I have spent at Goldcliff Lagoons. The tides have changed compared to some of the other visits I have had earlier in the month. I usually time my visits for high tide but on these occasions the tide was out and I had good views of the mud. The waters of the Severn Estuary have been the calmest I have ever seen them. Like a millpond . Flat mirror glass like in appearance. Far out I could see sand banks, some of which had lots of birds on them.

When the sun began to get low in the sky as the evening progressed and the golden hour approached it was great to watch the sudden increase in bird air traffic. Curlews began to fly into the mudflats from elsewhere on the estuary in large flocks of up to 30 birds at a time. Calling hauntingly as they did , their calls eerily sounding out across the mudflats.

I spent most of my time on both visits observing everything from the sea wall. To my left near the farm has been a hot spot for wagtails. I have never seen so many…
Read more
More posts