On Sunday the skies were almost clear of clouds and the waning crescent moon was shining brightly.
I enjoy taking pictures of the moon and find it fascinating.

Monday night I was reading my Twitter feed and saw that another photographer had tweeted some similar pictures to those that I had taken. What piqued my interest even more was that he pointed out that the bright star was in fact a planet and it was Saturn. The rings were visible when zooming in close up on the picture.

I checked my pictures and was dumb struck when I could also zoom in on the star and see that it was Saturn and also could make out its rings. I've thanked the Tweeter as I would never have realised.

The fact that the Moon and Saturn can bee seen in the night sky close together is called a conjunction. Amazing to think that Saturn is 1.2 billion kilometres away. 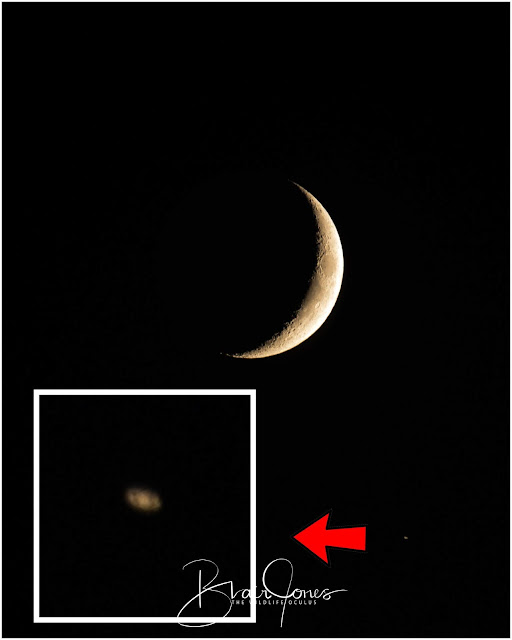