A flash of orange and blue 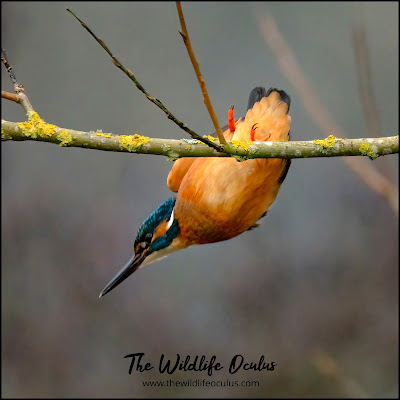 It was a cold and very fresh start on Saturday morning. I walked along my local stretch of the Monmouthshire and Breconshire canal with my friend and fellow photographer Paul Coombes.

The surface of the canals water was frozen sold with the exception of a few places where there has been a thaw mainly due to running water flowing into the waterway. 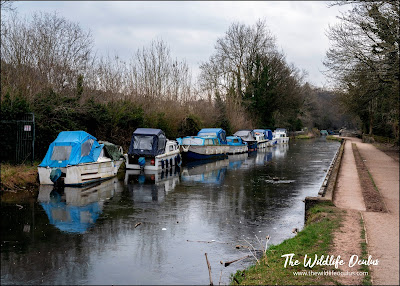 We headed south towards Sebastopol and had decided to try and locate a Kingfisher to photograph. I've been quite lucky since the turn of the year and been seeing them on almost every weekend in several places between New Inn and Sebastopol.

I have seen at least three different Kingfishers. All I believe are first year birds that have matured into adults but I have noticed all three retain the "white" tip to their beaks which is indicative of a a young bird.

So, we were hoping to come across at least one of these beautiful little birds. There was no doubt in my mind that they would be active. The freezing whether would mean our canals feathered little fishermen, would be burning lots of energy to stay warm overnight and would need to replenish their energy reserves by catching some fish.

On route to Sebastopol their was very little let up in the ice. At Bridge 51 there was a gap in the ice which the Mallards and Moorhens were congregating in. Hanging down form the bridge were some huge icicles. 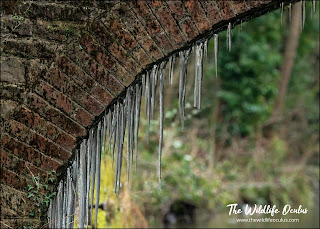 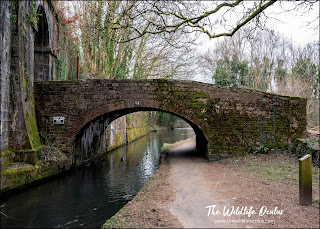 We also saw a leucistic Carrion Crow that had lots of white plumage on its wings. 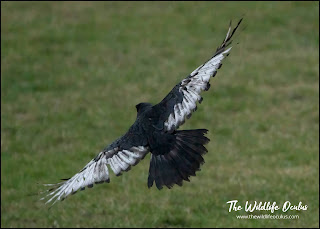 When we reached the stretch of canal that leads down from the Crown Bridge , where the canal widens and a a water pipe flows into it the ice had melted. Mallards and coots again had flocked here but on this occasion joining them were five Goosanders. A male and four redheads. 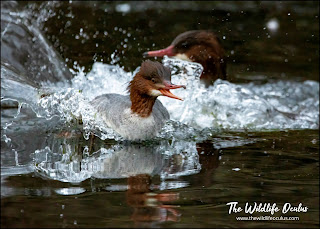 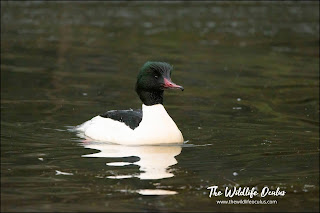 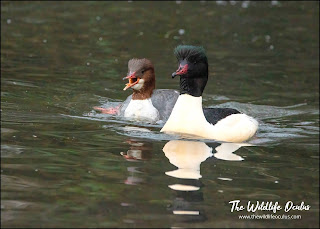 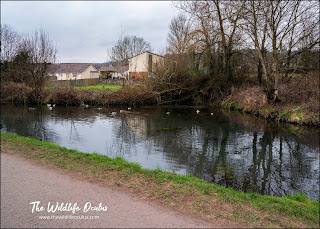 The male appeared to have found a mate who was getting quite territorial when other females came close to her green headed partner.

As we walked to the next bridge there was a flash of orange and blue and there perched up in a Willow Tree that hung over the canal was a lovely male Kingfisher.

The plumage of these birds is amazing. The dazzling colours that we see with our eyes are not to do with pigments in the feathers. Kingfishers get their colours from the structure of their feathers and the way that light interacts with it. When light bounces off the plumage the blue wavelengths are scattered more than the red ones. This scientific term for this affect is known as the "Tyndall effect"(Ref 1). 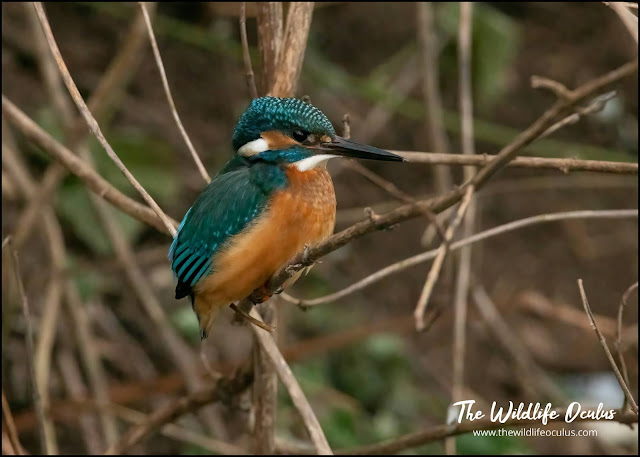 I am always amazed that for a bird that it is so brightly coloured it so often overlooked by passers-by on the canal and even myself when I am trying purposefully to find one to photograph.

The Kingfisher was understandably quite skittish and so despite our cautious approaches it rarely perched still for long and would dart off sounding off its piping call flying low across the frozen surface of the canal until it could find its another suitable perch. 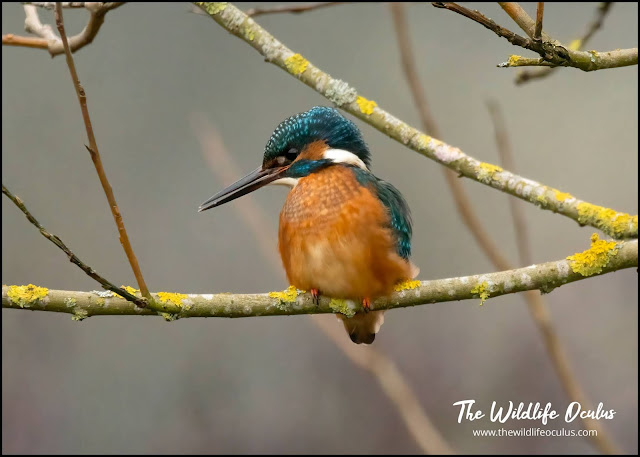 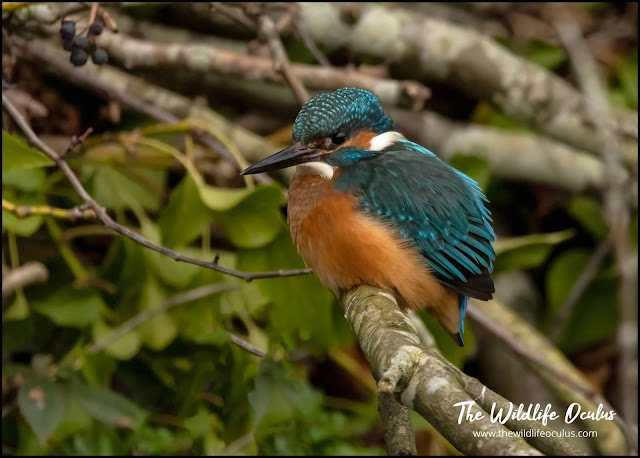 We followed the bird for a while and enjoyed at one point it successfully catching a small minnow which I think it gobbled down pretty quickly.

Its really good to see these little beauties grace our local canal. I do hope they survive the remainder of the winter. Only about thirty percent survive their first year and most Kingfishers don't live longer than two years ( Ref 1)

When you are lucky enough to see one on the canal, cherish the moment. Be respectful and quiet and perhaps it will settle down. If you are patient it may even  dive from its perch, in a blur of blue and orange and show you how good it is at catching a fish.