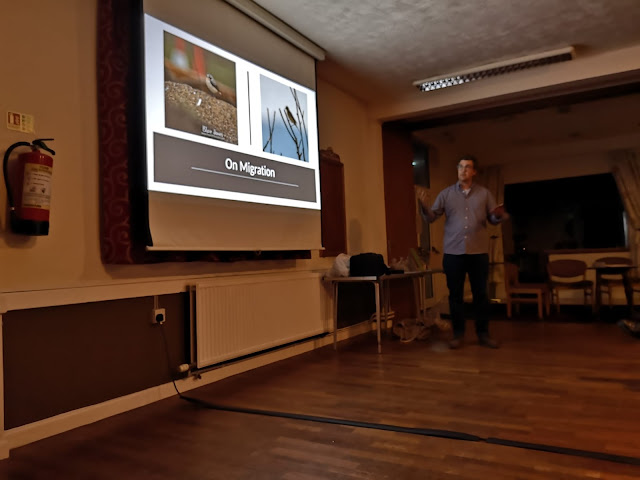 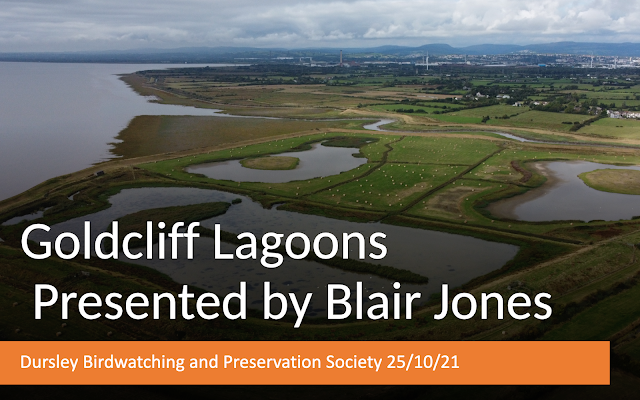 I had the pleasure of delivering a birding talk to Dursley Birdwatching and Preservation Society at the end of October.  It was great to have the opportunity to once again spread my love of Goldcliff Lagoons to a wider audience. It was a guest speaker talk that Chairman Mike Robinson invited me to do nearly 18 months ago by my reckoning but because of the pandemic and travel restrictions, it ended up being delayed. 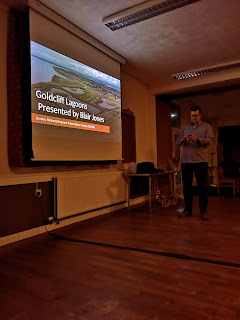 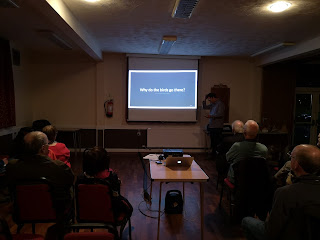 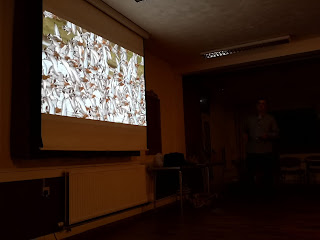 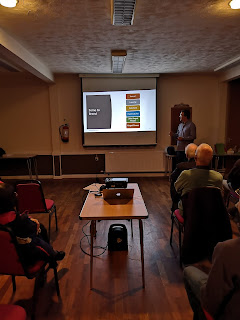 I was grateful to have the company of my "roadie" for that evening Paul Coombes. He also ended up having one of his cracking pictures of a female Merlin being one of the stars of the show during my presentation. 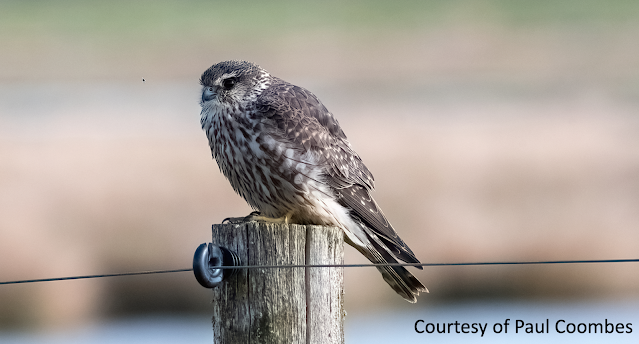 There was a small but warm audience and I was told that the society enjoyed the talk and thought my passion for the reserve really shone through which was nice to hear.

The talk was just the first part of my birding input to the society as I had promised to also lead a walk around the Newport Wetland Reserve, including Goldcliff Lagoons a couple of weeks later.

True to my word a couple of weeks on Sunday 7th November 2021 on a lovely and bright autumn morning I met up with the Dursley Society Members at the RSPB car park at Uskmouth, Newport.

The walk was quite well attended and with Paul Coombes and me included there were eleven of us in all.

The first part of our walk involved a circular tour of the Uskmouth. We were very fortunate with the weather, it was mild, sunny and the skies were clear.

There were plenty of birds around. Bird feeders at the entrance attracted Blue, Coal, and Great Tits. A Jay was seen in a tree near the car park. The hedgerows were full of skittish Redwing and the odd Fieldfare.

Chaffinches and Bullfinches could be heard calling from the back of the feeders. Looking up and beyond a Cormorant was perched sunning itself to dry its wings on one of the electricity pylons.

We progressed through the reserve and when we got to the reedbeds stopped for a moment for a group selfie. The society members were keen to find some Bearded Reedlings (Aka Tits). These enigmatic birds have been known to breed on the reserve but are very difficult to see. They tend to keep deep in the reed beds but on occasions, you can get lucky around the "bouncy" bridge and the lighthouse. They have a very distinctive metallic-sounding ting call which is always good to listen out for and often betrays their presence even if you cannot see them. 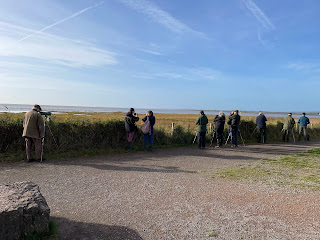 The whole group looked in earnest but were a little disappointed as the Bearded Reedlings kept a very low profile. Eventually one did pop up flying low over the reeds for the merest of seconds before disappearing from view and never reappearing.

Out on the estuary near the water's edge, we saw some Curlews and a mystery bird of prey - may have been a Peregrine but very few wader species were seen.

The bramble bushes did have some bird activity however with Reed Buntings and Linnets spotted. A couple of pheasants were spotted moving through the scrubland of the foreshore.

From the lighthouse, we walked to Uskmouths only hide. It looks out onto a nice stretch of water surrounded by reed beds. At the water's edge, a Snipe was spotted creeping out into the sunshine. A Little Grebe was seen popping up above the water level briefly before diving down for fish. At the back of the hide, we watched wold honey bees going back and forth to the nest they had built behind one of the wooden panels of the hide.

Then it was time to head off and return to the RSPB center for lunch and a break.

After lunch, we drove to my favorite location in the Newport Wetlands - Goldcliff Lagoons.

It was now early afternoon as we headed into the reserve. The tide was out and the reserve was quiet. Due to the wet weather, we had been experiencing in recent weeks the water levels were the highest I have seen in a very long time.

On Monks Lagoon there was a small flock of five Black Tailed Godwits and plenty of Wigeon, Teal, and Mallard Ducks. The Canada Geese were in good numbers and there was also a weird-looking hybrid Greylag/Canada Goose floating about on the lagoon 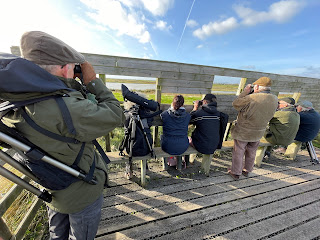 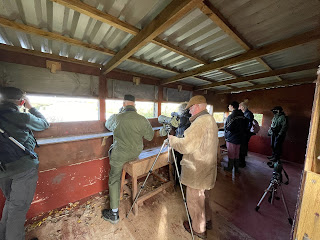 I gave the society a guided tour of the reserve, pointing out the names of the lagoons and providing them with some of my insider local knowledge.

The group became honorary members of the "Goldcliff Wall of Fame" as they posed for another picture on the seawall.

The wind was quite breezy on the wall so we walked down to the Seawall Hide. As we did so a Male Marsh Harrier was seen quartering the reserve. Always nice to see a Marshy as they are rarer than a Golden Eagle. It made us birdwatchers happy.

The walk finished at the seawall hide. After a good chat with everyone, it was time for everyone to go their separate ways before the light of the day faded away.

I really enjoyed leading the walk and having the company of a group of friendly birdwatchers.

I hope my love of Goldcliff especially has rubbed off on them and they decided to visit on further occasions.