Black and Gold visitors in the garden

Late last year I noticed that a female Black Cap had started to visit my garden. She was very shy and I was unable to catch her on the feeders to get a photograph.

This morning I had an opportunity to just stand and watch the feeders  through the windows and hope I get lucky and see some interesting activity.

It was wet and muggy. Not ideal for sharp photos , especially through double glazing.

However inclement weather often brings increased bird visitors to the garden to feed on the free food on offer.

I was not disappointed.

A troop of House Sparrows that are more or less encamped in my bamboo were early opportunistic visitors, followed by the Starlings that descend from their perches on the TV aerials like paratroopers on the hunt for meal worms.

Among them all there was a flash of gold and a recent regular appeared - a Goldfinch, and a very wet one indeed. I've been putting out a seed mix that contains niger seeds on a hanging feeder and it really likes eating them. It will sit perched munching them for ages if not disturbed. It then jumps to my tree and drinks from droplets of water hanging on the branches.

Blue Tits and Coal Tits appear to be following each other around in a mini-flock. They visit regular and tend to select sunflower seeds. At ground level I have Blackbirds, Robins and Dunnocks competing for any fallout from the hanging feeders.

So, there was lots going on with my regulars, but then I saw something different. It flashed into view, quite bold when confronted by Sparrows but wary of the starlings - A male Black Cap.

He looked very slick with his black cap and olive coloured back. The Black Cap loved the fat balls and became a persistent visitor for over an hour. A nice bit of luck to catch him when I had my camera set up.

Black Caps are mainly migratory and they travel from Africa to breed in the UK arriving in spring and filling the woods with their distinctive calls.

In recent years there appears to be significant number choosing to stay in the UK during the winter and live off the plentiful food on offer from garden feeders. 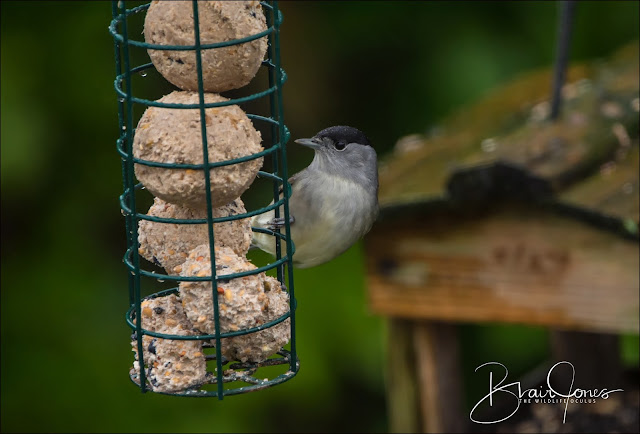 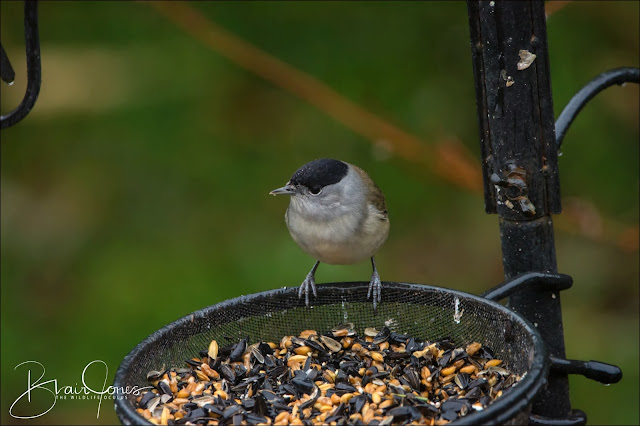 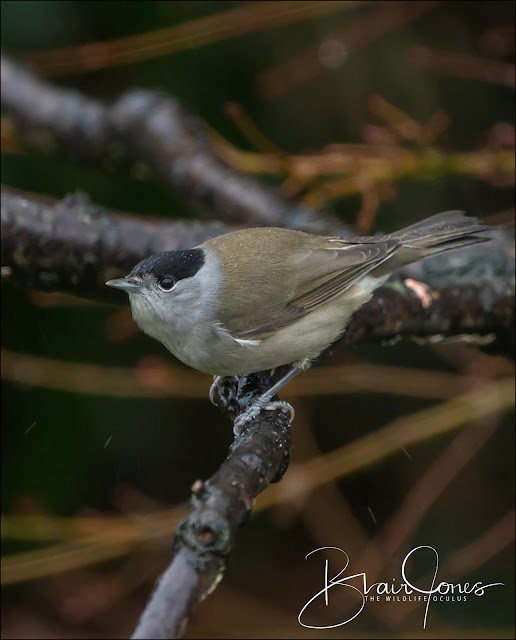 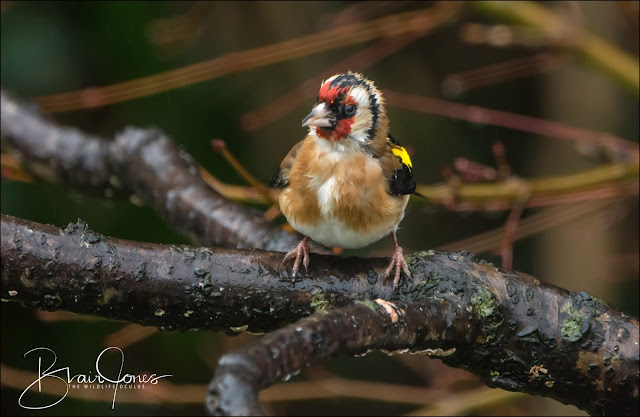