Return of the Borussia Dortmund Birds

I have a friend who likes his football and every now and then posts a funny comment about one of my pictures.

There is one species of birds that has been visiting my garden regularly for the last couple of years - they are green,yellow and black ( but sometimes they look a little lighter) and this colour scheme reminds my friend of the Borussia Dortmund football team kit. The birds that don these colours are known as Siskins. Since my friend made the comment I cant quite help but chuckle every time I see them and even now I call them the "Dortmund birds" and am half expecting them to turn up with a football one day. 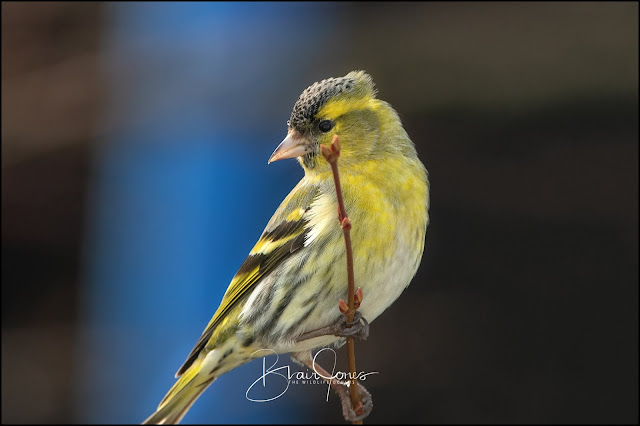 Siskins are the UK's smallest species of finch. The males are more vibrantly coloured with a lot more black . The females and juveniles are lighter and more drab coloured.

I noticed the Siskins first visiting my garden about three years ago. Back then they were a rare sight for me.

Last year in February they again made an appearance but instead of making the odd brief visit they steadily increased in frequency and numbers until I had a big flock of 14 birds at any time gracing my garden feeders with their presence. So far this year I have had 7 birds at one time. I expect their numbers to grow. they are already eating all my sunflower hearts rapidly every day. 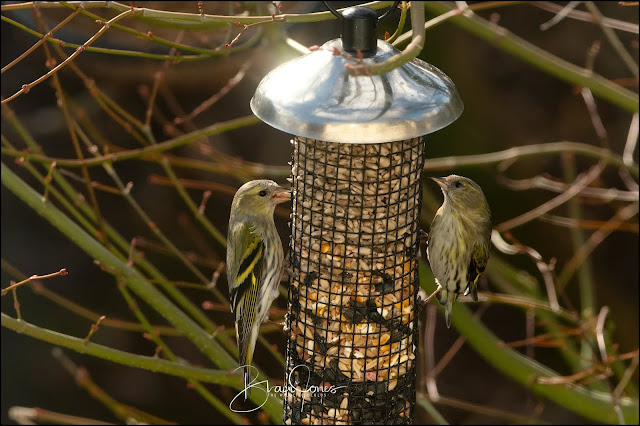 They are highly social birds and appear to have a strict pecking order. However disputes are regular and they often fight amongst each other over the feeders. These scraps can be quite spectacular as the wing plumage of a contrasting black, green and yellow can look amazing.

At this time of year they tend to visit garden feeders to feed on sunflower hearts and niger seed. In the woods they prefer to feed on Alder, birch and coniferous species of tree.

One of the Siskins that visited the other week was ringed. I am going to try and do my best to enhance the image and read the numbers. Its not looking too promising so far. 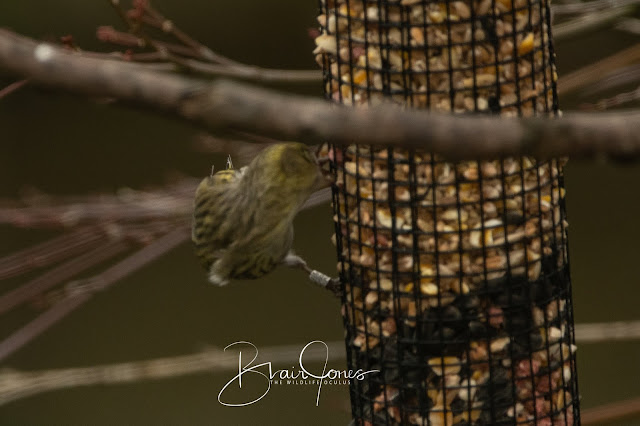 Whist Siskins breed in the UK and have a habit apparently of staying around the location they breed they can move around quite a considerable distance in the winter.

The UK population also has large numbers of  migratory Scandinavian birds that join them in the winter so there is no guarantee that these Siskins are British. Last year however the Siskins I had remained almost until the summer so perhaps they are local. I do hope they hang around for a while as they really do brighten things up.

They also seem to attract other birds in to the garden. Goldfinches frequently share the feeders with them and last year a number of Redpoll joined them.