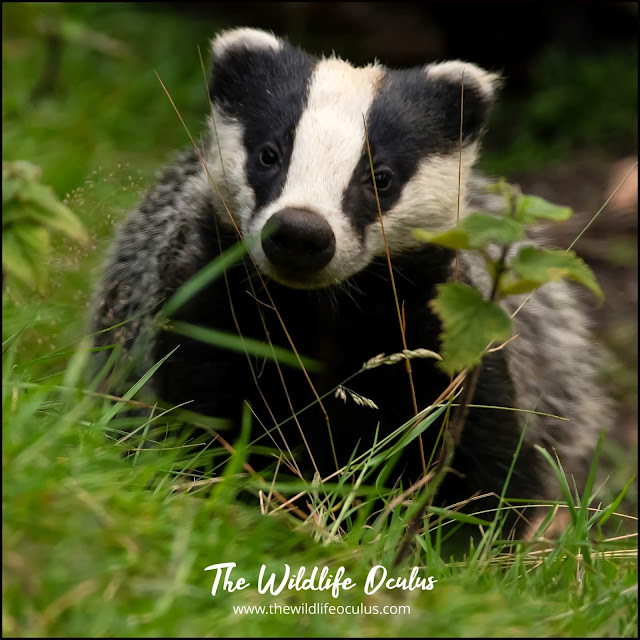 The first time I saw a wild live Badger was in 1987 when I was studying for my A-Levels.  My Biology teacher knew a local farmer that had a Badger set on his land and he would allow her together with students to visit it. When we visited the set on one warm summer evening there was no hide of any kind and it was essential that we kept our distance and remained very quiet. I enjoyed watching a whole family of Badgers including some cubs.

Back then cameras and certainly those with big telescopic lenses were not at all common and were exorbitantly expensive. Despite the lack of photographs to reflect upon from that time the experience has always remained vivid in my memories.

Badgers have had a bad time of it. Its shocking to think that badger baiting remains a problem in the this day and age. I find the very thought sickening. Then there is the controversial TB issue which has caused more woe to these beautiful creatures with culls in some places and demands for more being regularly publicised  in the news. Roads also have been a big hazard to them. Collisions with cars causing deaths of many badgers .Controversially though some think that a number of the road-kill badgers may not have died in collisions and instead killed maliciously elsewhere and their carcasses dumped on the roadside to hide the real reason.

Most wildlife lovers who know where Badgers are and can be observed without causing disturbance keep the knowledge close to their chest and with good reason.

By nature Badgers are nocturnal so the chances of seeing one by day are slim. They are shy creatures who have good reasons to be wary of humans especially.

So actually getting to see a Badger and have the opportunity to photograph them is rare. Opportunities to do so don't come up very often.

When my friend Paul Joy invited me to go and watch some Badgers in Wales I jumped at the chance. I am not going to go into detail here exactly where it was. If you really want to know you can personally message me. The location was well protected, managed and the hide was purpose built. It was on National Trust owned land.

We were lucky enough to witness a family of six badgers who ventured out of the set a couple of hours before sunset. They are enticed out a little with peanuts and peanut butter. The practice has apparently been going on for many years and the Badgers are quite comfortable with the hide and people sat in it from a distance.