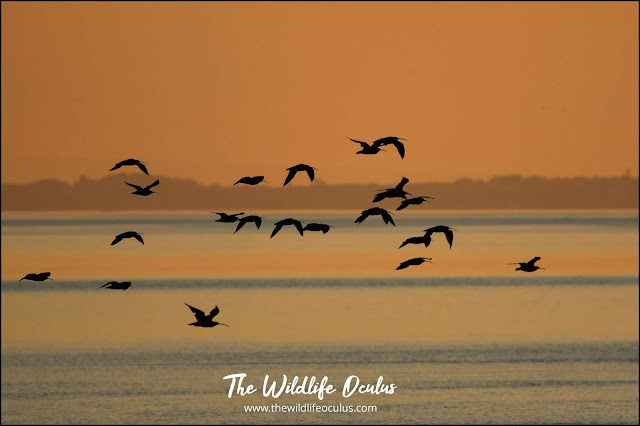 A big factor involved in taking photographs is light. Often its thought simply that the more the better for good exposure but in reality it's about getting the right balance for the circumstances.

I like to think of more in terms of the "quality" of the light for the circumstances. Too much light can lead to overexposure and loss of color and too little can lead to underexposure resulting in dark photos that lack detail.

Both situations can be overcome in an image editor but in general, a badly exposed photo can take a lot of rescuing and effort. I find that the mid-day sun is a nightmare to deal with. The light especially on a clear summery day tends to result in rather "flat" images and the exposure is harsh.


The professionals out there tend to avoid the mid-day and concentrate on having early morning and evening photography sessions because the light is much better.

Usually an hour either side of sunrise and sunset has the best light which is often a cool "golden color". This is where the phrase "Golden Hours" comes from.

In my experience I have found this to be very true especially for wildlife and landscapes. There are no better times of the day to be out with the camera especially during the summer months.

I like to play around and experiment a little and Goldcliff Lagoons makes a great place to make the most of the golden hours light.

I've spent many an evening over the last two years at the reserve and I and becoming quite accustomed to knowing where to be at any particular time of day to make the most use of the light that's available.

I also like to break my own rules as sometimes shooting into the sun can produce some cool effects especially later in the evening closer to sunset.

The sun in the evenings is glaringly strong in your face on the south-facing side. Typically if you are sat in Hide 1 or stood on the Redshank Platform you will be squinting to see anything on a clear sunny evening. All the birds being silhouetted if you can see them at all.

So its best to be on the Seawall side and look Northwards back across the reserver where the light is shining.

Yesterday evening was a typical sunny evening. Great clear blue skies and a good sunrise was looking promising. It was low tide and the lagoons were pretty quiet with few waders around to speak of.

The sun was lighting up the hedgerows as I walked towards the seawall. Taking advantage of the sun's warmth were several Migrant Hawker Dragonflies that were perched basking on the Sloe bushes.

These large dragonflies are magnificent to look at with fabulous vibrant colors.

As I walked on a flock of Meadow Pipits kept just ahead of me on the fence posts. Its good to see them arriving in bigger numbers, they do so every year in the Autumn.

On reaching the seawall the estuary was like a mirror pond and I could see sandbanks miles out - the tide was way out. The estuaries mud beyond the sea wall was full of waders and ducks. A large flock of Black Tailed Godwits and Knots had gathered and I had great views of them in the evening sunshine. Despite the light being harsh to look directly at where the sun was getting low, it lit up the mud and the birds on it like golden-hued floodlights.

I sat and just watched for a good while the comings and goings of the birds. Curlews began to arrive from further up the estuary announcing their arrival with their distinctive eerie calls. These large waders flew in small flocks oven in single file in a very distinctive pattern. I remember almost to the day seeing the same activity last year. The frequency of arrivals increased as it neared sunset.

As I watched I noticed movement to my left and a Wheatear popped up on the sea wall about 10 feet from me. 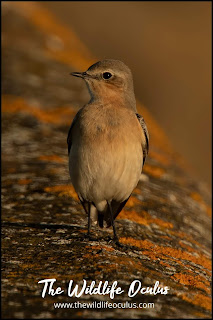 It stayed put posing for pictures very settled for about twenty minutes. It only moved when as I was taking pictures of it I noticed something hurtling down the sea wall at it from the farm and realized it was a Sparrowhawk. The raptor missed the Wheatear and was not far from my head when it banked down along the wall out of sight.

Sunset approached the whole estuary and sky turned into a variety of cool orange colors. Even the mud and water turned a golden orange hue.

I took advantage of the amazing light as more waders arrived and flew past me before congregating to feed on the mud.

The Godwits and Knots eventually took flight and I grabbed a few pictures of them with the golden orange hues as a background.

The sunset was fabulous and it's gone in a blink before you know it. heading back to the car through the reserve the whole sky had a golden glow to it all.

It took some time to take some silhouette pictures of the wildlife. Even the sheep made good photograph subjects as the light was fantastic.