There is a little bit of snow on the Blorenge

Fairplay the mountains of Blaenavon attract all sorts of feathered visitors these days and some rare ones at that.

Around this time, two years ago a super rare visitor namely the Rock Thrush turned up in a quarry at Pwll Du and was spotted by one of Gwents keen-eyed veteran birders.

When you walk the mountain its an incredible place. A landscape that was impacted heavily by the industrial revolution , that has since the demise of the coal and iron industry been returned to the elements, farming, and nature. It has become part of the Brecon Beacons National Park and attracts people from all over the world.

The views to be had are phenomenal and the air is fresh and clean. However, it is a land in the autumn and winter that can be wet, cold and harsh. It's not somewhere you want to venture without some warm clothing and waterproofs.

In the depths of winter when the snow covers the mountains it often resembles something more akin to the arctic tundra or the Falklands.

No snow has arrived yet as its autumn or is there?

On Monday morning Twitter was alive with a report of someone having seen a "Snow Bunting" at the trig point of the Blorenge.

Incredible - why on earth has it ended up on the Blorenge?

Snow Buntings ( Plectrophenax nivalis) breed in the high arctic in our summer and they migrate south at this time of year. Many cross from Iceland and winter along estuaries mainly on the east coast. Apparently, the females tend to migrate further south than the males. These birds are around the size of a sparrow and are capable of traveling enormous distances. 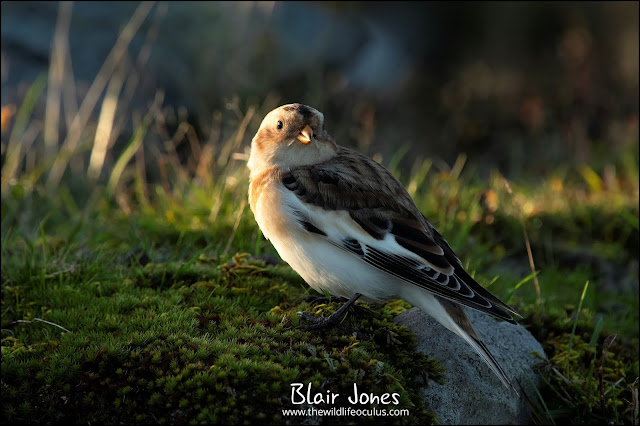 This bird may have got lost on its way or blown off course and has now stopped for a rest before it will "reboot" its GPS and move on to somewhere better.

I was hoping it would hang about for a little while and wait for me to go and see it. I have never seen a Snow Bunting so this would be a "lifer" for me.

This evening the weather was good and I was able to travel up to the Blorenge after work and get there whilst the best of the evening light remained.

On arrival, it was perched on the information board in the car park. It was unbelievably tame around people. It was quite unflustered and would walk up to people almost in touching distance at times. 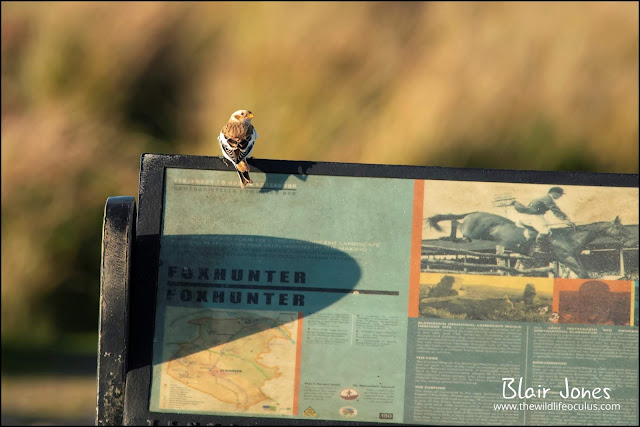 The Bunting was busy feeding on moorland grass and heather. I was joined by a couple of birding friends and it was very accommodating for photographs. We caused it minimal disturbance and at times just watched it do its thing. 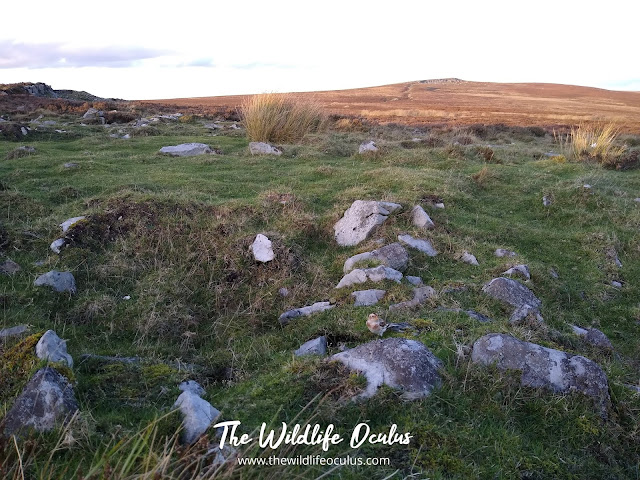 I am not sure if it's what they call a "fresh" autumn male bird or a female.
No doubt it will probably be one of the most photographed birds in Gwent this year. 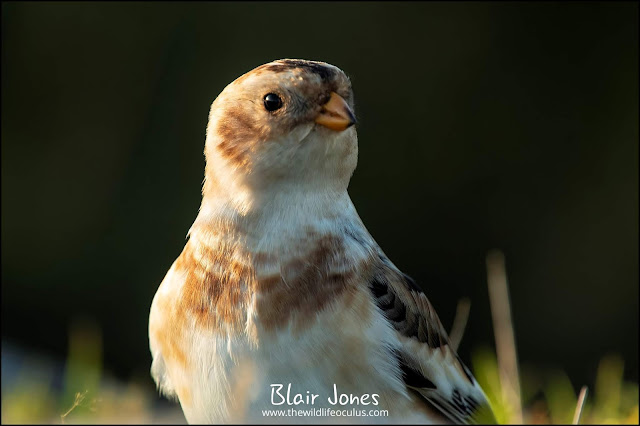 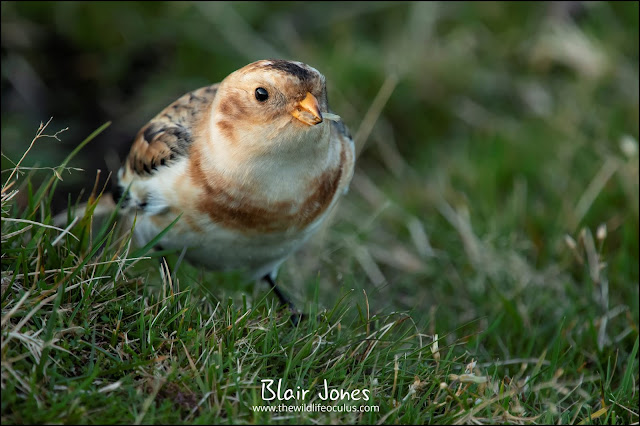 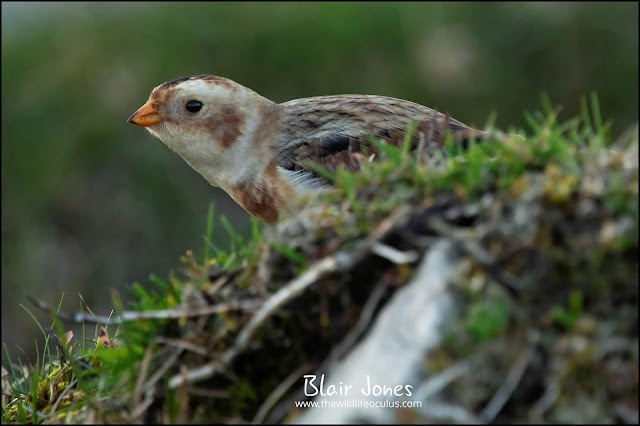 I was blessed with some great light and a nice sunset so I was well happy. What a way to finish the day, super stuff. 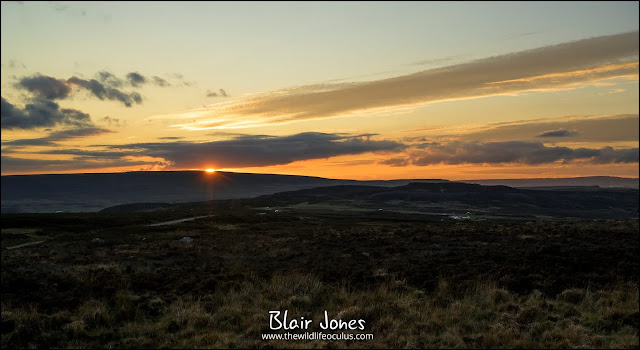