The Golden Hours in Pontypool

I love the hours of the day known as the "Golden Hours". Its when the light is at its best for photography but also it marks the beginning and the end of the day. Amazing times for pictures of landscapes but also more often than not the optimal times for watching wildlife. The Golden Hours tend to be busy times of day for wildlife. Dawn for the majority of diurnal animals and birds means the end of the overnight fast and they become very active eager to find food and feed. Dusk also results in lots of activity where everything is making the most of the fading light to feed one more time.
I've been scouting out Cwmynscoy area in Pontypool and the nearby mountain for the last couple of weeks. It has a wealth of countryside that is full of wildlife. The views from the mountain are tremendous and I've been thinking of where to take some sunset and sunrise landscape pictures. Both require me to do quite a bit of walking at quite a brisk rate ( more like a forced march with a heavy kit bag) to get in the right position at the right time. I have always liked the saying if it's not hard it's not worth doing, and in any case, all the walking I have been doing over lockdown is getting me fit again.
Wednesday evening after work I tried for a sunset. Walking up the steep Prescoch Lane soon got my heart working in overdrive. The effort was worth it in the end when it flattens out and you have lots of options for exploring the countryside. On the Cwmynscoy side, there are the quarries and the nature reserve. On the Griffithstown side, there are public rights of way through several fields. If you keeping following the lane you will eventually reach the Mountain Air ( Common Land area).
I went the Griffithstown side of the lane and found a spot that's next to a little Beech Wood and a field that has been left to a meadow and has hundreds of Bluebells in it. It's great that the landowner has not decided to mow the field yet.
From this vantage point, I got a great view of the Pontypool area. The only issue though with the sunset, however, is that there is a big mountain in the way of it called Mynydd Twyn-Calch that overlooks the Upper Race. The impact of the mountain means it prevents a view of the setting sun on the horizon. That's when sunsets are at their best and very low in the sky. Around 15 minutes before sunset the sun went down behind the mountain. I made the best of the "Golden Hour" as the setting sun gave off some great light and later during dusk the sky went a cool colour but it was not as optimal as I would have liked. 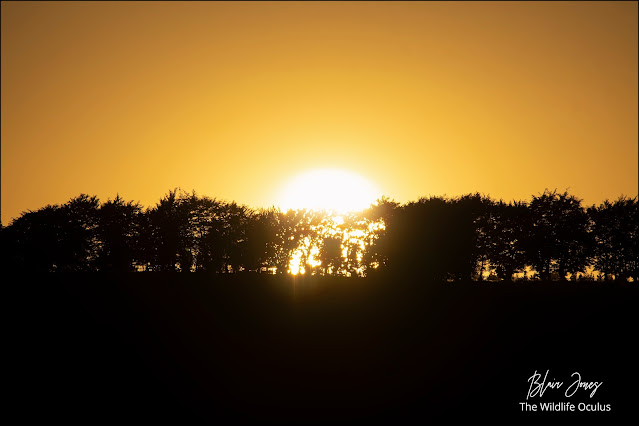 Whilst enjoying the vista it made me wonder what dawn would be like from the same spot. Looking easterly in the direction of where I last saw the sunrise a few weeks ago when I took pictures at dawn near the Shell Grotto and Folly near Pontypool Park it appeared that I may get a good angle and a different view of the rising sun that I had not seen before in other pictures shared online.
This leads me on to today. Sunrise was 5.05 AM. In order to get to my spot in Cwmynscoy it meant getting up at 3.30 am - also known as  "STUPID OCLOCK". It takes me about 30 minutes to get there with my kit and then I need time to set up.
I started out in the dark. The air was fresh and it was quite cold. I soon warmed up though. To the East, I could see that the horizon was already glowing orange. The sky was clear with hardly any clouds. 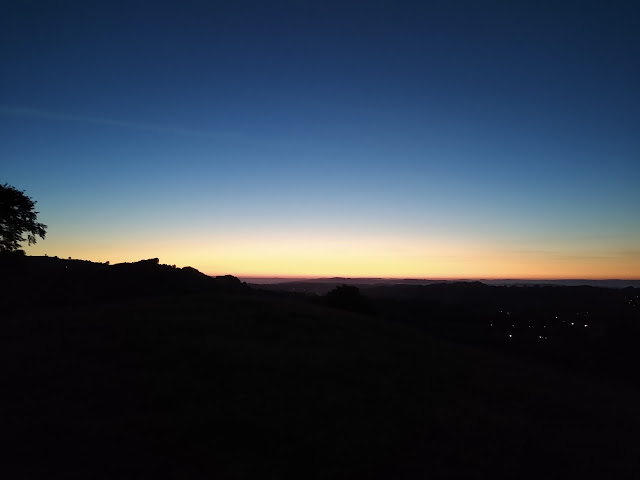 When I reached my location for the photoshoot it remained quite dark. The sky was now a blend of oranges and blues. The sun was on its way.
I tried something new today. A time-lapse using my Nikon Z6 coupled with a Sigma 10-20 mm wide-angle lens. I will put the timelapse video on my YouTube page. I think it's a little dark, make sure you wait until the end. It's not bad for a first attempt.
As the sunset approached the sky above Pontypool Park turned orange and the Folly was silhouette really nicely. Looking far off to the horizon which I think was Raglan, the relief of the terrain really stood out in different shades of orange and black. 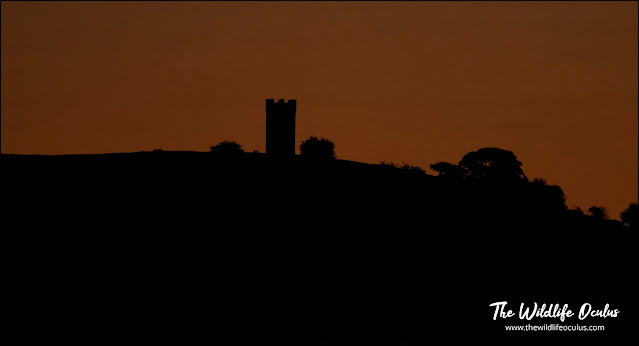 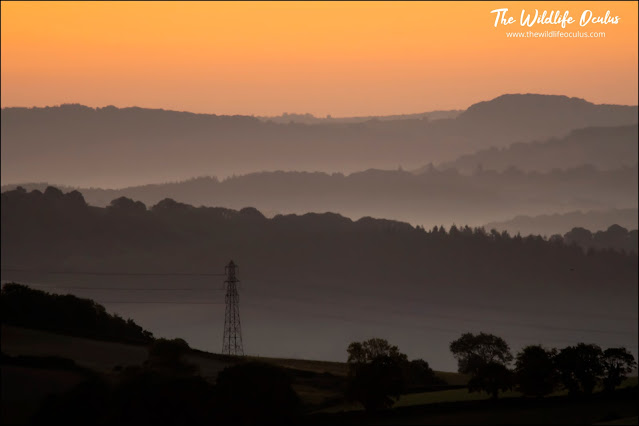 Then all of a sudden the top of the sun broke the horizon and rose into the sky as a fiery ball. It looked absolutely fabulous.
When the time-lapse completed I tried some landscape pictures in and around the Beech Wood as I headed further up the hill towards the common where I went birdwatching ( A separate post to follow). 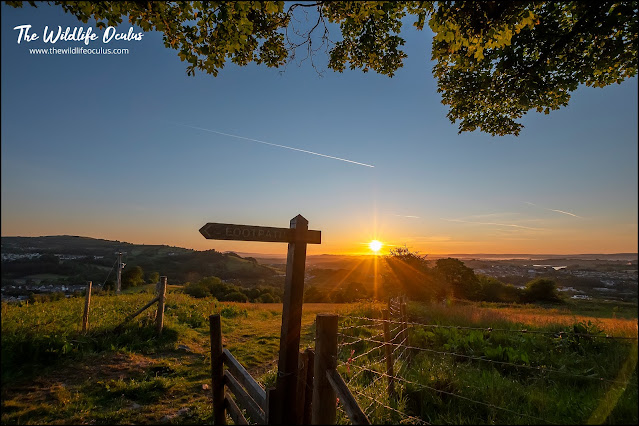 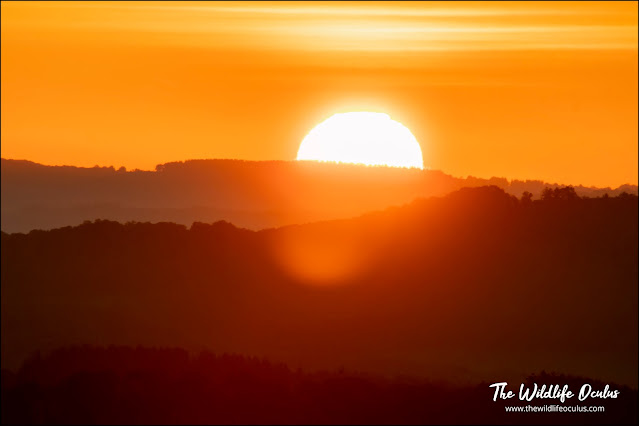 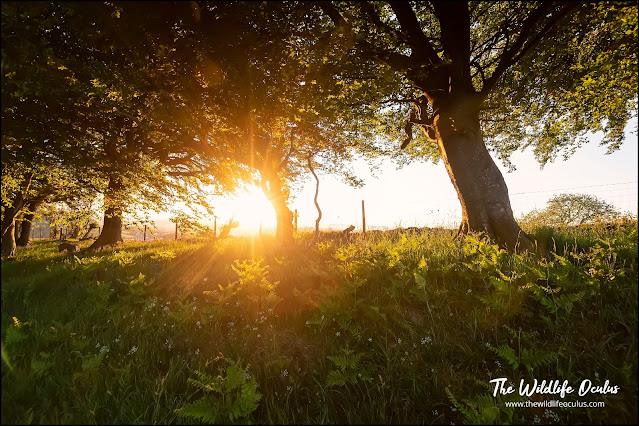 I am glad I put the effort in and got up early. There is nothing better really in photography terms sometimes than getting some great pictures in your local area where you live. The lockdown has really made me concentrate on what I can find close to home and at the moment Pontypool just keeps coming up with the goods. Hope you enjoy the pictures as much as I did taking them.
Labels: Pontypool Sunrise Sunset