Just the two of us

January 20th 2019 seems a long time ago now. On that day was the first time that I saw "Flossy" the Glossy Ibis at Goldcliff Lagoons for the first time and later I christened the bird with its now well known "nickname". You can read about that first sighting here.

Next month its will be "Flossy's" second anniversary of it being a resident of the Newport Wetlands Reserve. Its lived quite a lonely existence for the best part of its time on the reserve and many of us local birders always hoped and dreamed that it would attract a possible mate.

Well, in part, our dreams did come true in September this year. Whilst watching a wader flock at Goldcliff Lagoons Steve Doolan and I saw a Marsh Harrier swoop in across Priors Lagoon and it caused all the waders to take flight - including two Glossy Ibis. One was "Flossy" and the second was a smaller juvenile Glossy Ibis, which at the time Inicknamed "Bossy". I have no idea what sex either of the birds are. You can read the blog post concerning that here.

The behaviour of Flossy has changed over the last two years. It was first seen around the Uskmouth area apparently and then I saw it at Goldcliff Lagoons on that cold January morning when it rose our of the reed bed on Priors Lagoon.

"Flossy" appeared to roost at the lagoons regularly and had a habit of flying off at dawn heading west across the Saltmarshes towards Uskmouth. It would then return at dusk to the lagoons to roost.

It was quite a shy bird initially and was only seen from a distance , but gradually it began to show more regularly out in the open on all three lagoons at Goldcliff. "Flossy" tended to prefer Priors and has showed incredibly well on this lagoon at times.

I have taken hundreds of pictures of "Flossy" and it has become a favourite of mine. Since "Flossy" met "Bossy" the birds behaviour has changed.  In September both birds were seen several times together at Goldcliff Lagoons but then the sightings seemed to reduce and at one stage I feared that both birds are left for good.

Thankfully people started reporting sightings of both birds on the flooded salt marsh near Boat Lance which was great news. This area has now become their regular haunt. The birds seem to favour this location over Goldcliff Lagoons at the moment.

Today I spent some time watching the Glossy's at Boat Lane. "Bossy" remains the smaller bird and has duller more reddish coloured plumage but I am convinced that it has grown since September and its plumage on its neck and head seems to be getting more like "Flossy's". I must admit however the plumage on these birds is so hard to really examine in the field as it changes from moment to moment depending on the light.

When I compare the plumage against what I have seen in my bird books I think "Flossy" remains a juvenile bird as it does not appear to have ever shown in full summer plumage yet. Both birds appear inseparable now and are rarely far apart.

Whilst I was watching them today for the very first time I heard "Flossy" calling to the other bird. It was like a low "grumble". It was an obvious contact call with "Bossy". 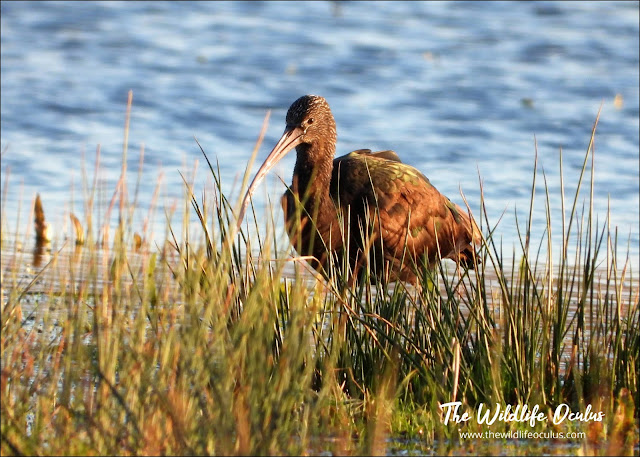 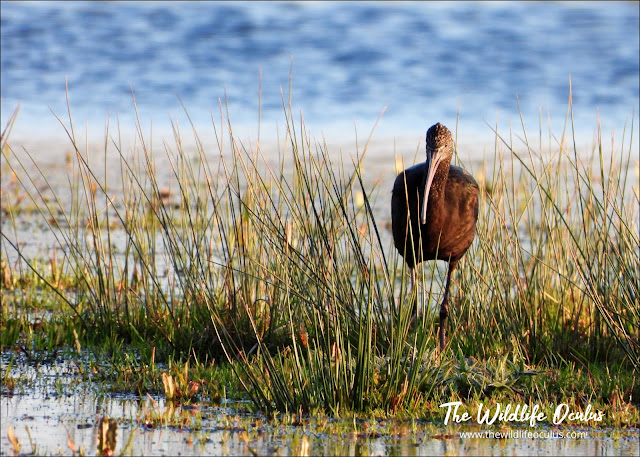 Things are looking promising for the pair to stay now for good while together.

Who knows what could happen in the future!