Spring is in the air at Cwmynscoy and Mynydd Twyn Glas 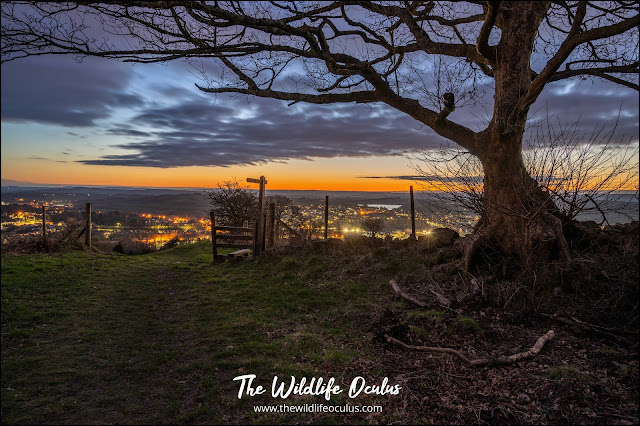 I am fortunate to have some fantastic places within walking distance of my home in Pontypool. One of my favourite places involves a walk up through Cwmynyscoy to Penyrheol and then the mountain of Mynydd Twyn-Glas. The area is often referred to as the "Mountain Air". I have visited the place since I was a kid. It was like a huge natural playground with lots of wildlife. It also served as safe haven for me when I used to escape the school bullies by taking the mountain route to avoid them on my way home.
During the lock down last year in Spring I fell in love once again with the area and it became my local patch again for birding, The amazing mountain heathland habitat is rich in wildlife with a diverse range of birds which choose the prickly gorse bushes to build their nests. I enjoyed many hours watching Stonechats, Linnets, Lesser Redpolls, Willow Warblers and Bull Finches busy feeding their chicks and foraging for food.
If you are crazy enough to get up early and an hour or so before dawn like me and my friend Paul Coombes did on Saturday  then you can get to witness some spectacular views. 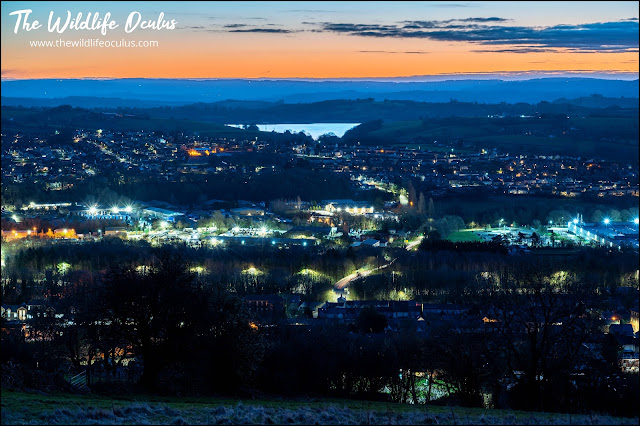 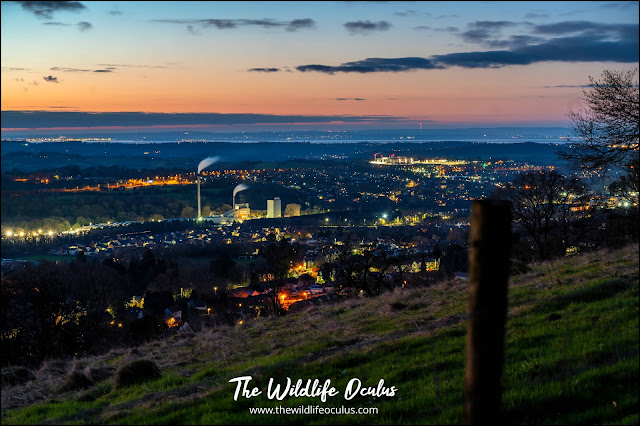 When we walked through Cwmynyscoy and reached a small Beach Wood the sky on the horizon just beyond New Inn, had turned a wonderous orange colour. Despite the fact that we are living in a very built up urban area the lights looked amazing in the darkness of pre-dawn.
I have been experimenting with night photography lately and been really making the most of my Nikon Z6 and kit 24-70mm lens. This set up is my favourite for landscape photography and despite the lens being F4 it is incredibly sharp and very good in low light.
Paul and I were treated to a nice dawn chorus that is gradually starting to get louder and louder. Soon the  songs of Robins, Blackbirds and Song Thrushes will be joined by the songs of the spring migrants - Blackcaps, Chiff Chaffs and Willow Warblers.
We eventually reached the slope of Mynydd Twyn-Glas and after a rather steep ascent found a great vantage point to wait until dawn and catch our breath.
There were two layers of clouds but there was a nice gap between them on the horizon which was becoming a brighter shader of orange every time we looked. 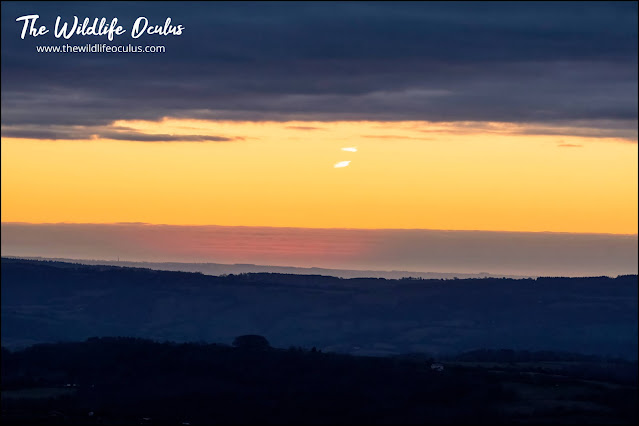 Then bursting through the gap rising like a huge fireball came the sun. I absolutely love a good sun rise. Once again we had been lucky with the weather and the early quick march up the mountain had been made even more worthwhile. 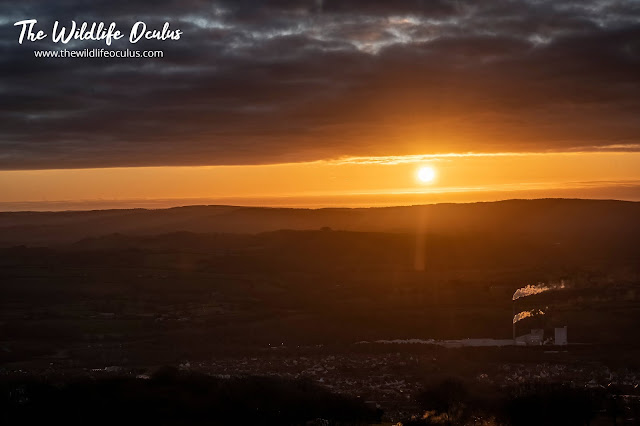 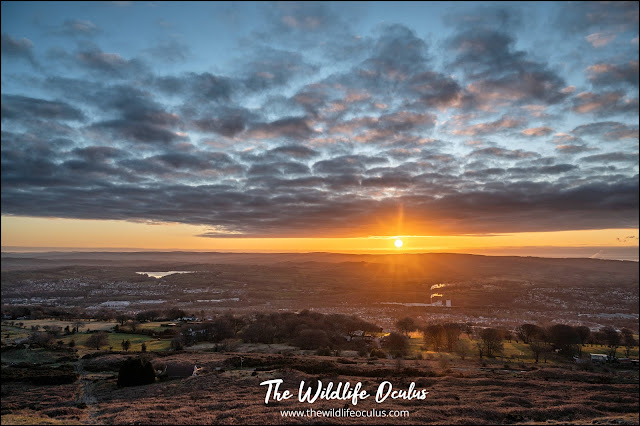 After day break it was time to go and explore the mountain slopes and walk down to Cwm Lickey Pond. The gorse shrubland was alive with Robins, Dunnocks and Bullfinches. There were lots of corvid species around including Ravens, Carrion Crows, Jackdaws and Magpies. In the distance we could hear a Green Woodpecker calling. 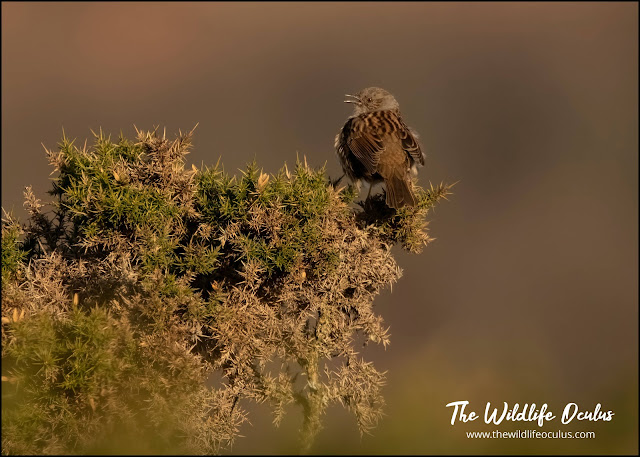 The mountain slopes were like a battleground where Meadow Pipits fought low across across the Heather and Skylarks rose high in the sky and sung their hearts out taking it turns doing the bird equivalent of a "sing off".
The whole place lit up all my senses of sight , hearing and smell of one thing " Spring". Its like nature is having a reboot and everything is sparking back in to life ready to start a new again.
Eventually after a bit of a circuitous route, for a number of reasons, we reached the Pond. In the early morning light Cwm Lickey looked awesome. Although my reverie got spoilt when two scrambler bikes turned up and tearing up the soil and riding through some frog spawn. The damage these "illegal" bikers are doing on our welsh landscape is nothing less than outrageous. The scars on the landscape can probably been seen from the International Space Station, absolutely disgraceful. 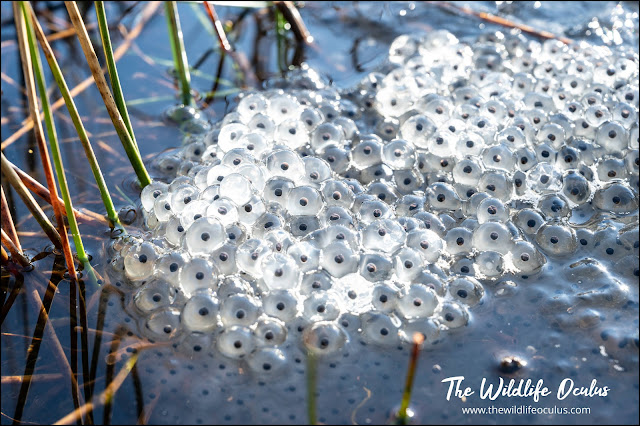 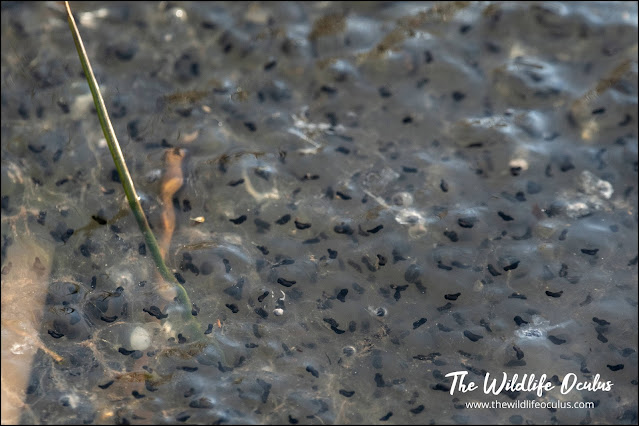 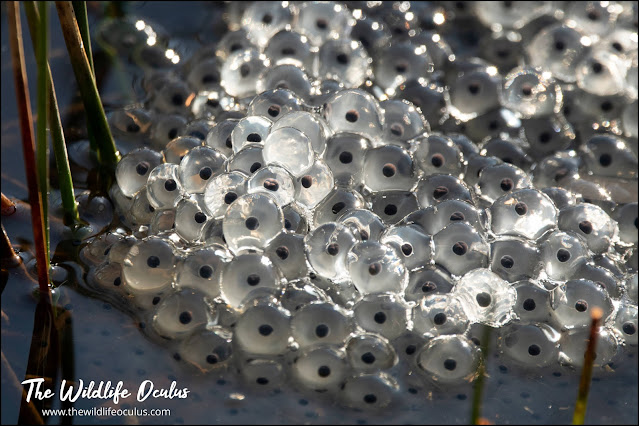 Anyway - tirade over, and back to my story. Frogspawn - there was lots of it at the far end of the lake near the mountainside and we enjoyed taking some photographs of it. The stuff is amazing to touch. Some of the eggs were already developing and you could see the embryonic frogs starting to grow.
I discovered later that you can report sightings of frogspawn to Twitter #spawnmap.
I caught sight of a Sparrowhawk that soared up the Mountain slopes above the pond .It then got mobbed by a flock of Carrion Crows and a pair of Ravens which gave it a hard time before it stooped into one of the woods that grow on the steep slopes of the mountain.
It was then time to head back home . Even in the urban areas of Pontypool there was plenty to see. Jackdaws feeding in the grounds of West Mon and a Grey Wagtail on the roof the builders near the garage at Pontypool Park gates. 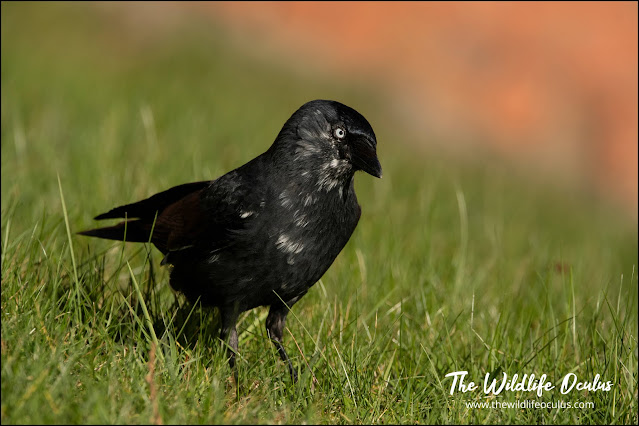 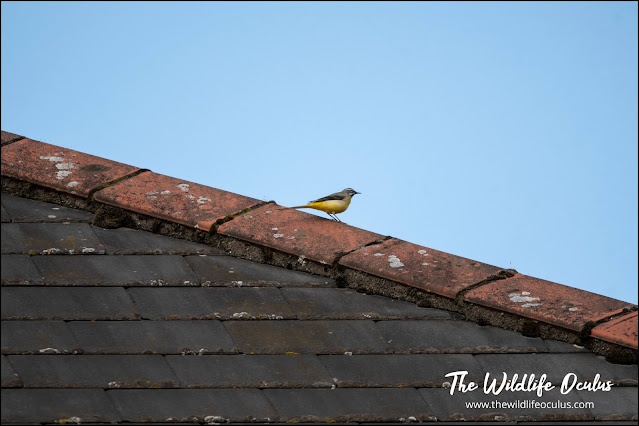 Spring is certainly here now and I cant wait to see what more wonders reveal themselves on my local patch in future visits.
Labels: Cwmynscoy Frogspawn Mountain Air Pontypool Spring