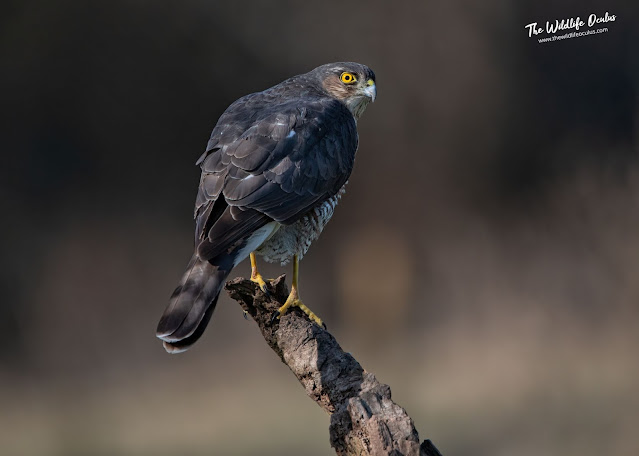 One of my favourite places to visit locally is my friend Ian Howells Woodland hide. It's a fantastic place for watching and taking photographs of wild raptors. Several years ago Ian invited me there when he first kicked off his "little project" to get pictures of wild Tawny Owls at his feeding station and that was an unforgettable experience. Since then the hide has gone from strength to strength and he attracts Buzzards, Sparrowhawks and even a Goshawk. 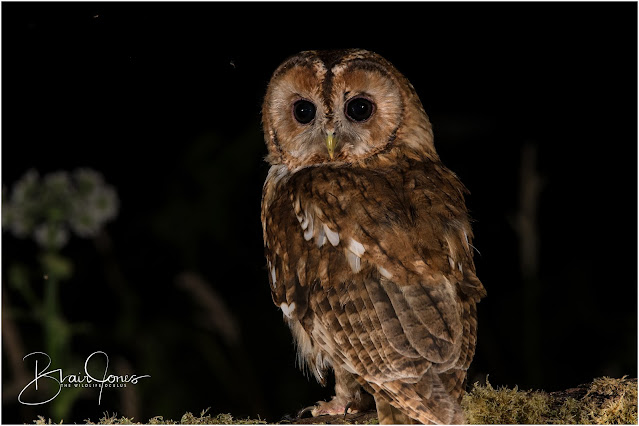 Any opportunity to visit is always a treat and this weekend I had the chance to spend a day in the woodland hide with my good friend Paul Joy. Ian met us nice and early just after dawn at the hides, got everything set up and then left us to it wishing us good luck and hoping we would get some visits from the raptors without having to wait too long.

When you're sitting in a hide all day, playing the waiting game, trying to be patient and quiet until a bird of prey turns up for a meal it's always good to have some company to pass the time. Paul and I always get on and have plenty to talk about - well whisper about when we are trying our best to be quiet.

The conversation went from one topic to another, including subjects such as trying to put the world to right, who is going to win the Saudi Arabian Grand Prix, Wales beating Austria in the football, planning our summer birdwatching trip and throughout it all lots of banter concerning who has the best camera - Nikon versus Canon!

Both of us were trying out for the first time our new cameras. Paul had purchased from the local Toys R Us Store a brand new Fisher-Price Canon R6 Camera. He was constantly calling me over to look at all the new features, light-up buttons, sound effects, eye detection and of course, it was one of these new mirrorless types of cameras so it was now infinitely better than the useless big piece of Nikon rubbish I was using.

He was like a big kid having received a new toy at Christmas. I thought it was my duty to put him right and explain to him the errors of his ways and show him how good my Nikon D850 DSLR was. I explained how the D850 had more megapixels, higher-quality images and was far superior in every way. Paul said he would never turn to the "Dark Side" and so I proclaimed that he was making a big mistake and I would show him the "true power of the Nikon side of the force" ( I even attempted a Darth Vader like voice).

Back and forth the banter and giggles continued - for about four hours with no birds of prey turning up. Paul I think was starting to think my Nikon was just too loud and scaring the birds - it does sound like a Gatling gun - even in quiet mode, whilst his Canon R6 was practically silent in comparison - another feature that Paul was quick to claim that this meant his camera was better than mine whilst muttering under his breath curses about Nikon @!£!$!.

There are lots to watch besides birds of prey at the hide. There are constant visits from a range of Woodland birds, including Greater Spotted Woodpeckers and Jays. I was really pleased to get some pictures of the Jays as these are normally difficult birds to see close up. 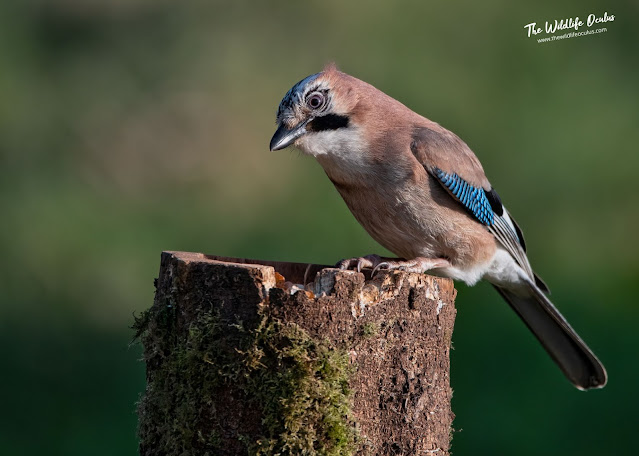 Eventually, things went quiet in the hide, Paul was like a nodding dog barely able to keep his eyes open whilst cradling his beloved camera - he had even started snoring at one point. I also was struggling to keep my eyes open and had ended up following the F1 practice sessions on my mobile to keep myself awake.

Suddenly Paul excitedly lurched out of his chair and shouted ( well whispered loudly) there's a "Sprawk" on the perch. Finally, a bird of prey had arrived.

A male Sparrowhawk was perched up and was busily getting stuck into its lunch. The plumage of this bird was fantastic. The Sparrowhawk was quite nervous and constantly checked the skies for threats. 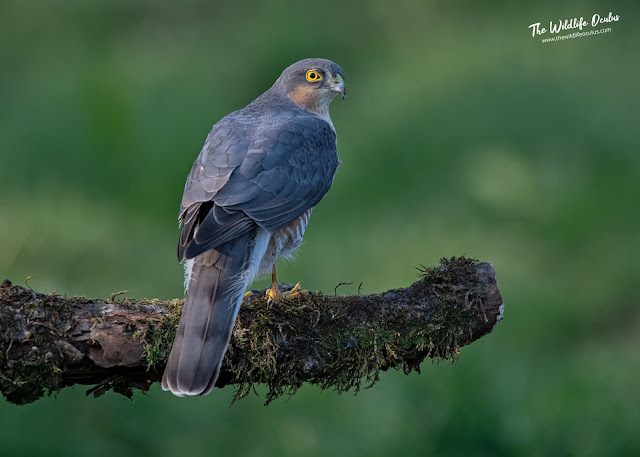 It fed for about fifteen minutes and then once sated cleaned its bill and flew away.

The rush of adrenaline when getting a visit to the hide is great and makes it all worthwhile. The light was very good so from a photography perspective, it was about as good as it was going to get. Well, it was for me as I was using Nikon, it could have been better for Paul, shame he had the Canon. I keep asking him if he kept the receipt :)

We had another long wait until we had another visitor. I missed the next one -  Paul clocked that a  Goshawk had decided to perch up in a nearby tree but before he could take a photo of this huge bird it flew off into the nearby woodland.

Not long afterwards in swooped a Sparrowhawk. This bird was different, it was bigger and more grey-brown coloured than the previous bird we had seen. It was a female. She arrived a couple of hours before sunset and she settled for a short time on perch bathed in the last of the day's sunshine. She looked fantastic and I think the pictures we took show her off in all her glory. 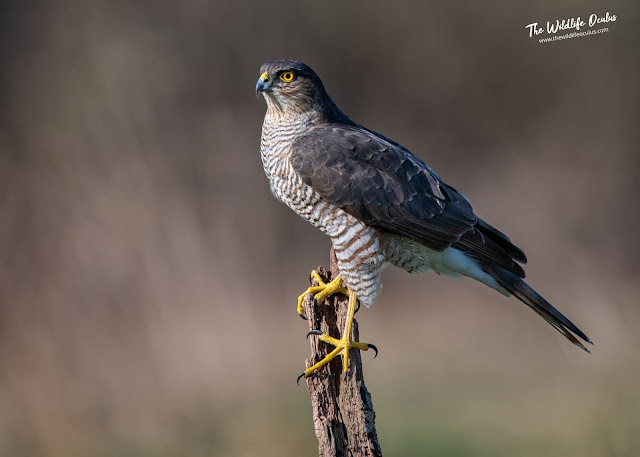 She stayed for about twenty minutes, had a meal and then flew off out of sight. We decided to wait a while more just in case the Goshawk returned. Unfortunately, it did not but the male Sparrowhawk did put in one more appearance to finish off his meal.

The sun then began to go down and it was time to pack up and move out. Yet again we both had a great time and lots of laughs. I got some super pictures and I am sure Paul did too with his new camera - which I must admit does look rather good and I am ever so slightly jealous off ;)

In regards to my Nikon D850, if anyone is interested, I am using it now instead of my Nikon D500 which has now gone to the Nikon graveyard in the sky. The D850 is a very similar camera to the D500 in many respects but the full-frame picture quality of the D850 images are just in another league, so I am very impressed and happy.

Thanks again Ian for your efforts and great work at the hide and thanks to Paul for treating me to the visit. My shout next time.