Return to Pwll Du and concerns about Rock Thrush

I decided to travel up to Pwll Du again today after my usual beat along the river was a little quiet.

On arrival I was surprised to see that there was already a significant gathering of vehicles and a squad of Twitchers/Photographers who were marching determinedly in the direction of the "Rock Thrush" Quarry.

I strode after them and at the Quarry , there was the star of the show - with a line  of people in front of it armed with scopes and big lenses  - full on "Paparazzi" style within about 8ft of the Thrush.

It seems that people have been continuing to feed the bird meal worms and consider it no worse than just feeding a garden bird. The ground must have about a thousand meal works on it and is attracting Meadow Pipits and the odd Wheatear.

I have now come to the conclusion after considering the pros and cons that I don't agree with feeding the bird. It is a  lost migrant that is not supposed to be here and feeding it just encourages it to stay.

People were getting overly close to the bird today. It must be said the Thrush will land quite happily in front of people within easy range of any lens to get a good view but it started getting silly with individuals surrounding the bird and standing way to near.

The highlight of the morning was when a Merlin gatecrashed the party and decided to try and take out a Meadow Pipit. It caused pandemonium among the Merlin's targets and the Rock Thrush decided to coup down and try and blend in with the ground.

I hope that the Thrush makes efforts to fly to Africa soon. It has graced us with its presence for something like nearly 3 to 4 weeks now and we should all be thankful and let nature take its course and hope that the bird continues its migration to Africa.

I finished the morning with a stroll around Pwll Du and took some macro photos of Fungi. There are mushrooms all over the hill side at this time of year . 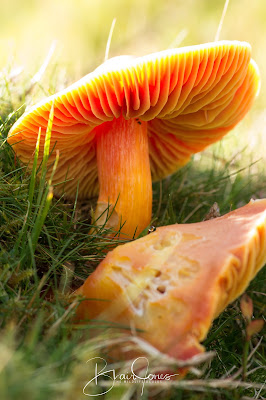 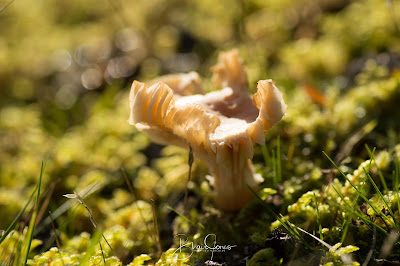 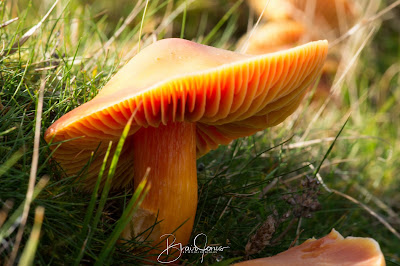 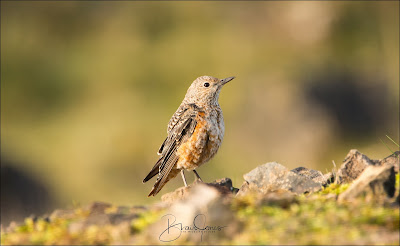 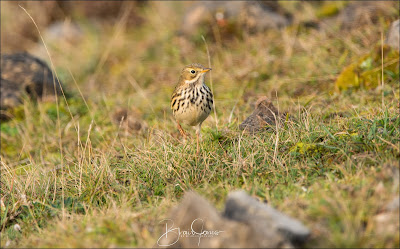 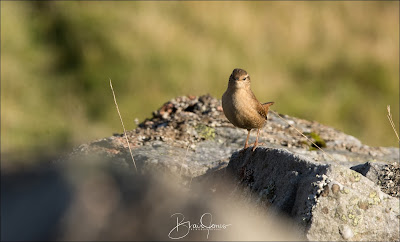