At this time of year Gwent gets invaded my winter migrants from Northern Europe .They venture here to harvest the berry feasts on offer and escape the cold North winter weather.

I arrived at the Blorenge early this morning and scanned the many Hawthorn bushes in the vicinity of the Punchbowl.

One of my birder friends had given me a heads up on where they may be and he was bang on the money.

Fieldfares were in abundance feeding on the Hawthorn Tree berries. They are skittish birds and despite my best efforts and braving the heavy rain I just could not get close to them. So I settled to watch them from afar.

They were not the only winter migrants to be seen. Hundreds of Redwings were present and they were gathering in flocks travelling the Blorenge moving between Hawthorn and Holly bushes.

Mistle Thrushes and Blackbirds were present in larger numbers than usual and I suspect they are migrants to.

Despite the mists and persistent rain showers the mountainsides were a glorious vibrant autumn colour. I tried to capture the moment a little to show off the wonderful rustic scenery. 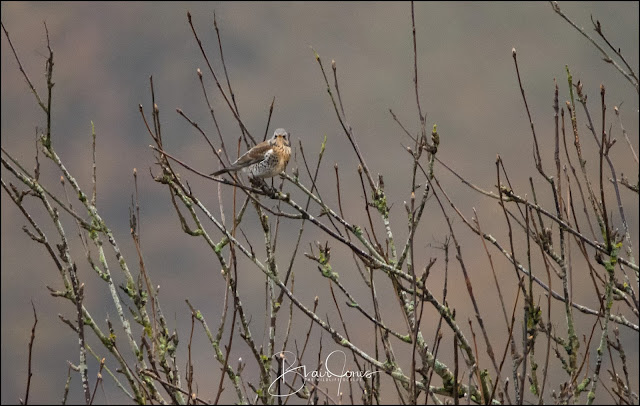 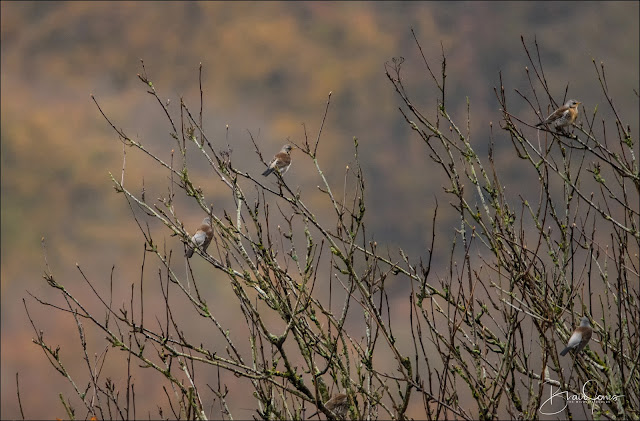 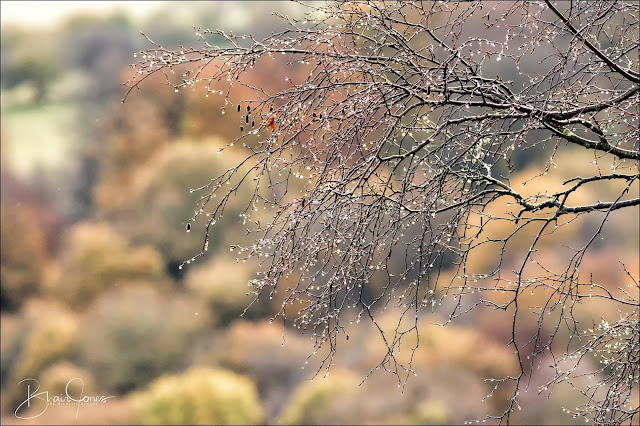 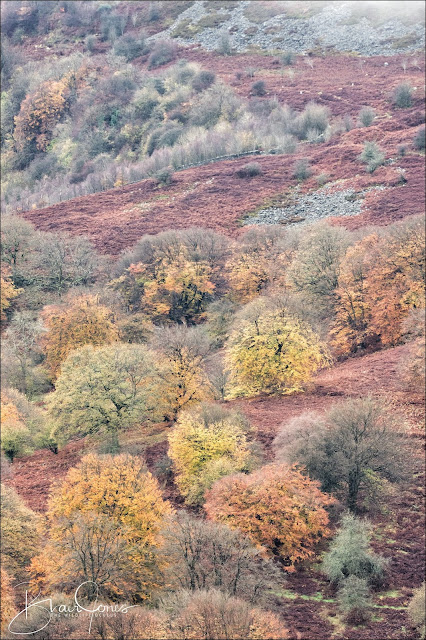 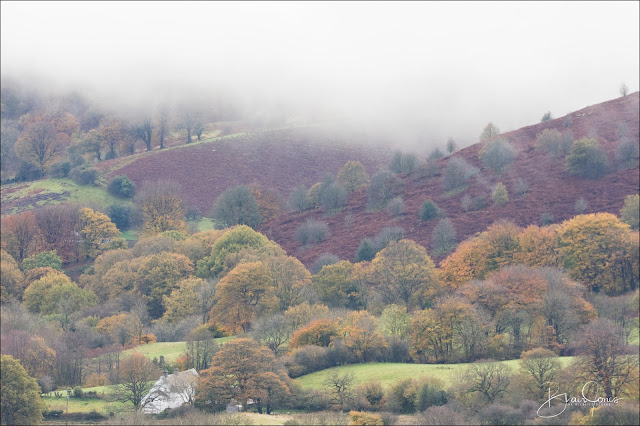 After my visit to the Blorenge I had a scout about the British. The hawthorns were again alive with Fieldfare and Redwings. Flocks of up to about 50 birds were flying around. I managed to get a clear photograph when a brave bird landed on a telegraph wire. 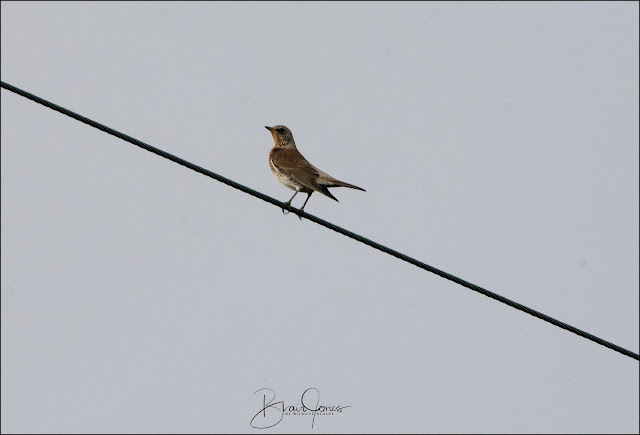