A sunny morning at the lagoons

At hide 1 I got treated to a close encounter with a Lapwing that flew in close to the hide. 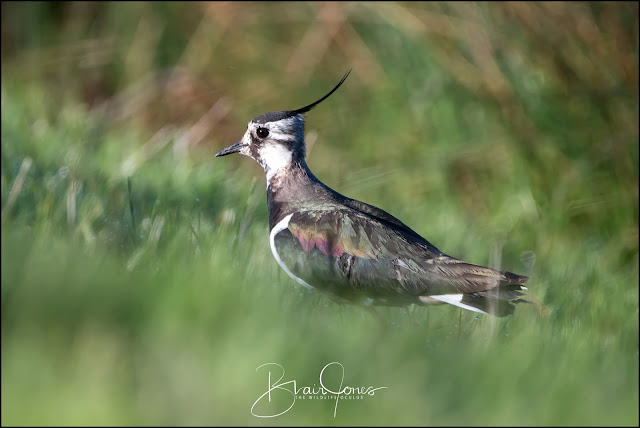 Today's protagonist on site was a Grey Heron. It was mobbed repeatedly with some vigour by the Avocets, who were successful in irritating it so much that it moved on.

There are chicks around and they were trying to keep baby Avocets off the Herons breakfast menu. 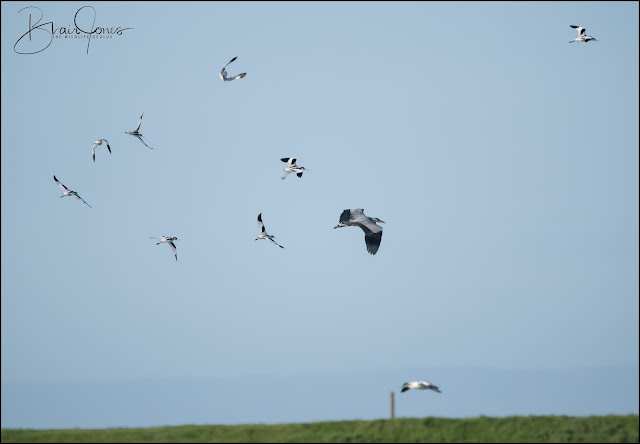 The hedgerows and reeds are full of the calls of Warblers.

Cettis seem to be in nearly every bit of bramble and their call is incredibly loud for an extremely furtive, hard to see bird. No luck getting a picture - again.

I chanced upon a Reed Warbler singing away in patch of reeds. Another difficult bird to get a clear picture of as they do their best to keep hidden among the reeds. 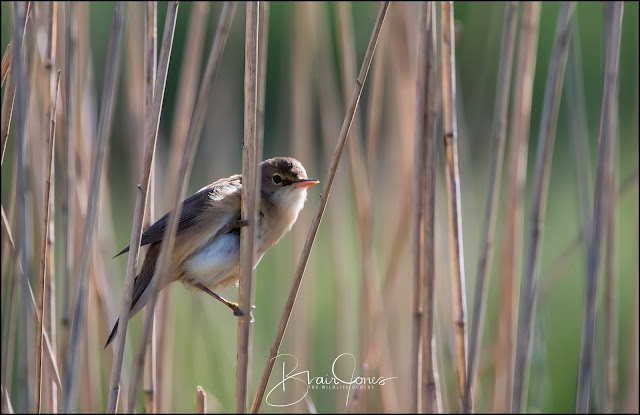 A large contingent of Black Tailed Godwits remain at the lagoons.

They got startled early in my visit, may be by a local raptor although I did not see anything.

In the largest numbers I have seen to date (300+) were Dunlins. I was able to get a nice picture of a small flock as they raced around the lagoons before settling. 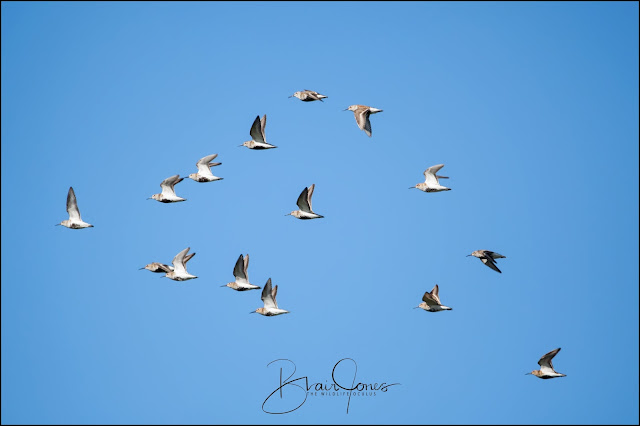 I caught up with a couple of the birders that I often bump into at Goldlcliff and they pointed out to me that a Garganey Duck was in one of the lagoons.

Later one of them located it using their scope and I was able to get a record shot. 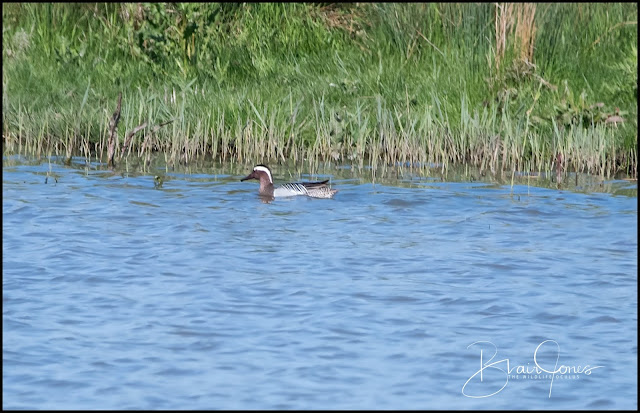 I finished the mornings bird watch with a quick circuit of the hedgerows at Newport Wetlands to look for Common White Throats. This is a species that for some reason I cant recall ever seeing.

It didn't take me too long to find them perched on some bushy vantage points in thick areas of brambles.

Getting close to these warblers was difficult today but I had some good views from a distance and learned something of their behaviour and call characteristics for next time. 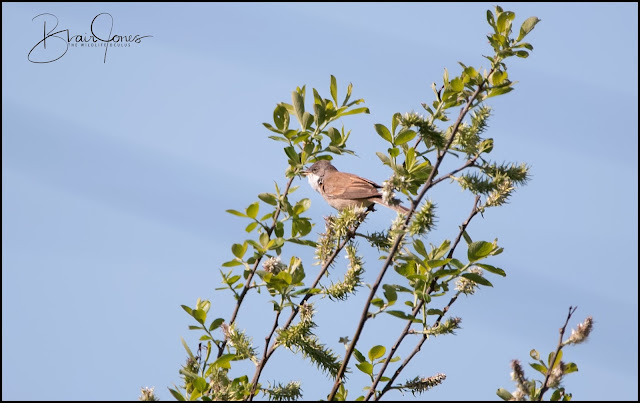