An aerobatic encounter at Goldcliff of the feathered kind.

Yesterday I had a free evening so escaped south to one of my favorite haunts - Goldlcliff Lagoons. I just love the place. Even when my photographic mojo is at its lowest ebb I never come away empty handed.

I rarely visit the reserve in the evening so leaped at the chance to get down there and see what would make an appearance at a different time of day.

The tide was in. The lagoons were full of the calls of Lapwings and Avocets. They are currently in a very defensive mood as its breeding season.

I must admit I was impressed with the effort the Avocets put in to fending off any potential predators. They were having a go at Canadian Geese, Dunlins, Redshank and just about anything that came too close to them and their little ones.

They saved up some special aggression however for the Grey Heron. For this bird they threw everything they had at it when the big bird arrived at the lagoon. 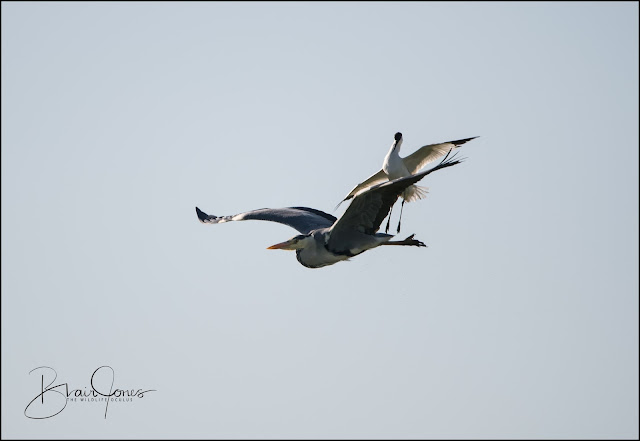 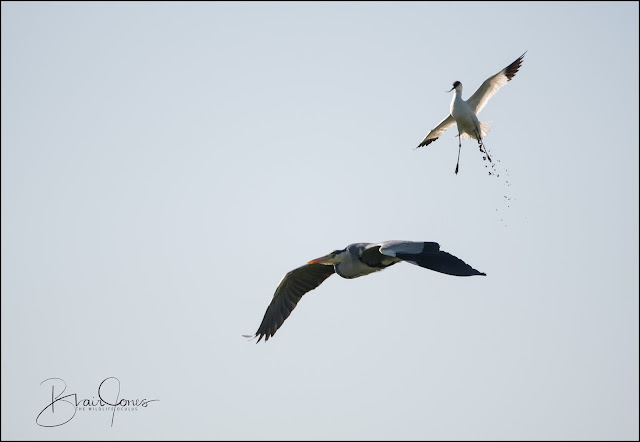 Impressive stuff from such a pretty bird.

The evening sun was beginning to descend and the light was harsh but at the same time provided an amazing back light to another aerobatic performance.

Next up were the little Dunlins and their fellow wader chums ( Black Tailed Godwits, Avocets and Ringed Plovers.).

I have never seen so many Dunlins in one place. Today the first lagoons banks were covered with these small busy birds. Easy to take flight and very nervous when they get startled they take flight like a Mexican wave.

The flock will then hurtle around the sky staying low doing several circuits before they fall. I did not count the Dunlins today but there must have been 600 plus, perhaps close to a thousand.

I love big flocks of waders and taking pictures of them in flight is a growing passion of mine.

The pictures I took were back lit and difficult to compose due to the harsh light but I think they look different and captured the moment. You have to work with what nature provides and the skills you have ( or don't have) with the camera.


Whilst all the fun was being had with watching the flying displays I almost missed a big white bird that was stood in front of the Redshank Platform.

The bird could never be mistaken for anything else once you see its bill. A big Spoonbill was merrily preening away not giving all the chaos and commotion around it a second glance.

Every time I see a Spoonbill I have to pinch myself and remind me that I am not in some tropical place like Africa.

This enigmatic bird really looks out of place at times. Long may it continue to grace our shores.

The snowy wilds of the Pontypool Folly