You never know what may tern up during a storm


Storm Hannah is upon us and I decided to call in to Goldcliff Lagoons to see if anything unusual had taken shelter from the high winds blowing across the Estuary.

On scanning Monks ( Lagoon 1) from the Redshank platform I caught sight of what looked like a species of tern that was hunkered down near stone 57 on the Island.

After some discussion with a fellow birder and with some help from my Twitter friends ( Thanks to all that helped me out) - I originally  identified it as a Common Tern ( Sterna hirundo) now after some of the learned birders have had a look at the pics they are Arctic Terns. 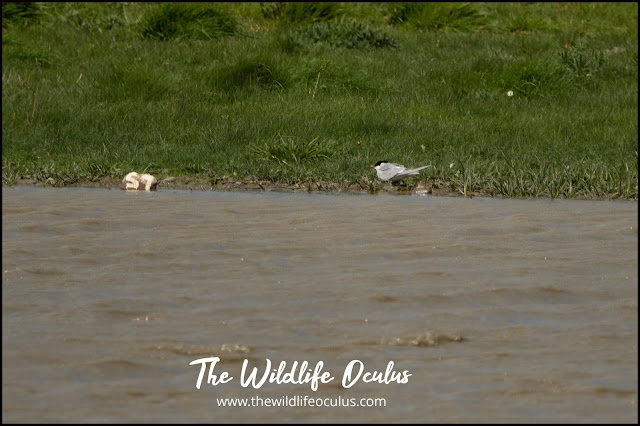 Believe it or not this is a first Tern I have seen for many a good year and the only time I have ever seen one at Goldcliff Lagoons.

The terns presence came to the attention of the Avocets and Shelducks who began to pick on it. They have become super aggressive at the moment. The Avocets in particularly will not tolerate anything near their nests. I have seen them ganging up on Canadian Geese that dwarf them in size and 9 times out of 10 the Avocets are successful in shooing off the geese.

Eventually the tern had enough and flew off towards the Pill chased by a Shelduck.

Waves could be seen today from the Seawall. I could just about stand up due to the strong winds. It was really blowing a gale. Despite the winds its was a relatively low "high" tide so quite a bit of mud was exposed. This may explain a lack of waders e.g Dunlins on the reserve this afternoon. The only notable waders I saw were five Black Tailed Godwits. 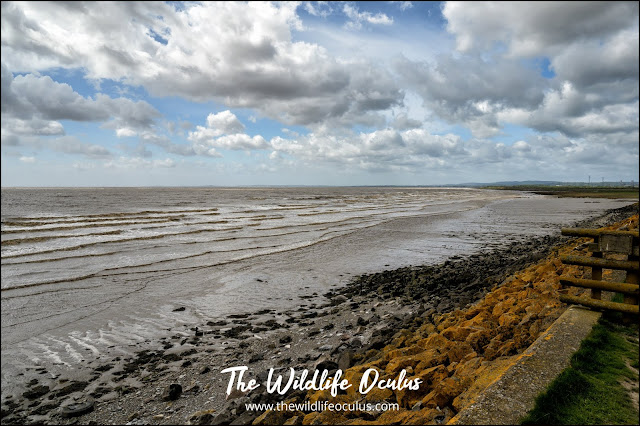 I was joined in the seawall hide by one of my birding friends John Lawton. He is a bird video guru, I would recommend you visit his YouTube Channel as it contains lots of useful videos , a lot of them about Gwent Birds.

Looking out across Becs Lagoon I saw some Avocets and Shelduck mobbing a small flock of birds quite aggressively . I soon recognised the targets of their attention. Five Arctic Terns were battling against the gale force wind as much as the mobbing flying towards the sea wall. They eventually made it and disappeared out onto the estuary. 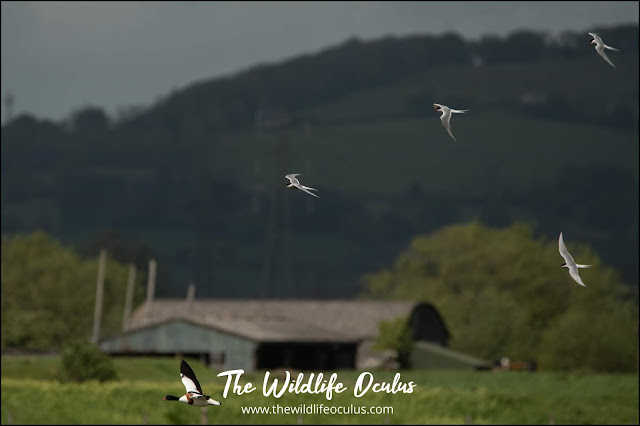 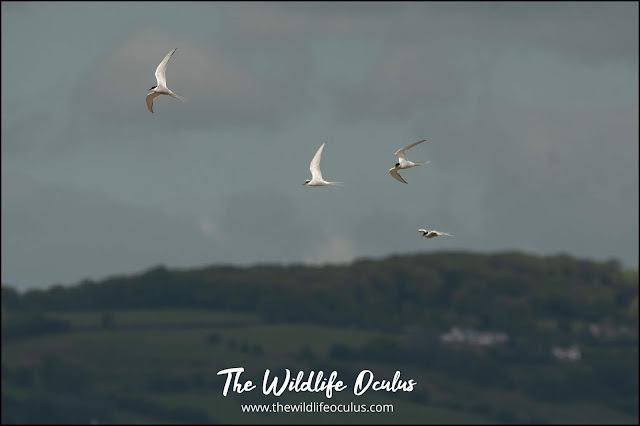