A little stint down the lagoons 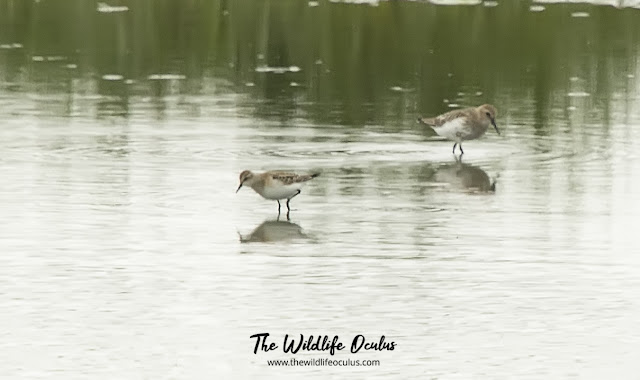 I returned to Goldcliff Lagoons today to try my luck again hoping to see a Little Stint. The weather was better today and the rain had ceased by the time I arrived at the reserve.

I walked around the reserve stopping at the various platforms and hides and met up with a number of friendly birders.

Again the skies above the sea wall were alive with hirundines and passerines. The Swallows and Martins appeared to be in a feeding frenzy. Wheatears and wagtails were scuttling along the grass and perching on posts all around the seawall hide.

On Becs Lagoon "Flossy" the Glossy Ibis was preening itself on the grassy bank at the far side of the lagoon accompanied by a couple of Little Egrets. Listening to various people who had seen it today it appears to have been all over the reserve.

Two Buzzards were perched up to the left of the seawall hide on the fence posts. The lighter of the two ( A "Bosprey") was calling out continually making quite a noise. 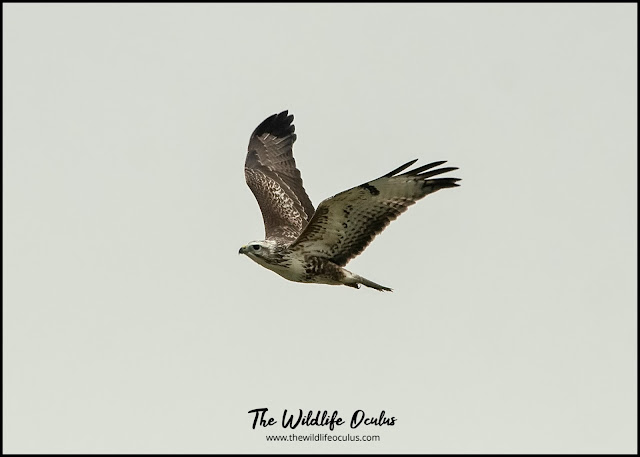 I joined up with my friends John Lawton and Brian Thomas who both reported that they had seen tow Little Stints on Monks Lagoon earlier. Yet again I had missed these tiny waders. I more or less demanded that they both show me so we marched from the seawall hide back to the Redshank Platform that overlooks Monks. 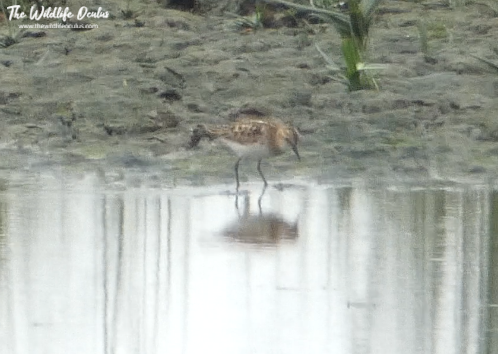 To my surprise, there was one of the Little Stints showing well in the channel that runs between the island on Monks Lagoon. It was great to have the help of two other pairs of eyes to spot these very small birds. The Little Stint is smaller than a Ringed Plover or Dunlin. In fact, even a Pied Wagtail looks around the same size. 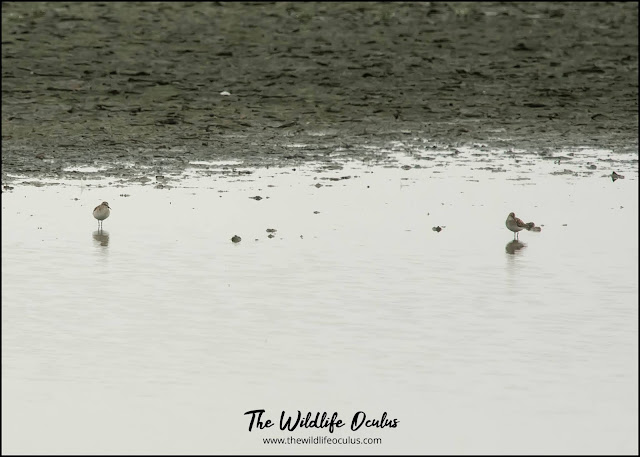 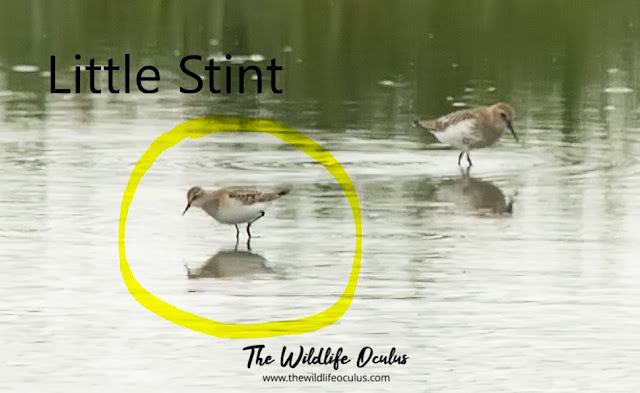 We moved to the first hide for a closer view. When we started scanning the channel we located two Little Stints. A last I had broken my duck and the Little Stint is no longer this year's bogey bird for me.