Waders drop in at high tide

I spent the morning with my birding pals at Goldcliff Lagoons in the anticipation that a few waders would drop in at high tide .

At dawn the lagoons had a real feel of autumn about them. The skies were grey and it was quite windy.

Monks Lagoon was dominated by a horde of Canada Geese and a big flock of ducks. Tucked up in the left corner of Monks in front of Hide 2 was flock of about 40+ Back-Tailed Godwits. Hiding in amongst them at times was the Spotted Redshank that has been hanging around for the last week.

The Godwits were busy calling to each other and then just after dawn they edged out slowly into the open came to an abrupt halt, stood still there for minute and then launched themselves skywards. They circled the lagoons , went high up and formed the classic V formation. I discussed this with my friend Dan Webb later and he thought this behaviour was typical of the birds continuing their migration. They will probably next stop somewhere in Europe.

Early on the skies above the lagoons were quite light on vismig air traffic. A couple of Yellow Wagtails were seen and some hirundines. Later when the sun came out Swifts, House Martins, Swallows and Sand Martins would be seen. Tree Pipits were also reported moving through the reserve.

Nev Davies put in an appearance and joined us on the wall and pointed out a Whinchat that was perched up on the farms boundary fence near the sea wall. The bird was showing well from a distance and looked like a juvenile. 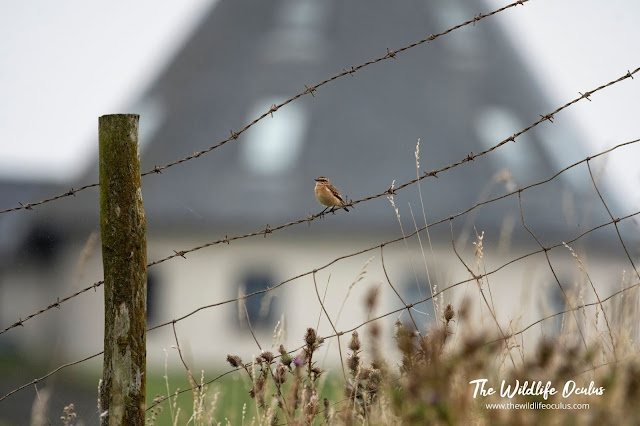 Then a rain shower came and forced us to seek shelter so we headed to the Avocet Hide ( Hide 3 aka Seawall Hide) where we hoped to see some waders eventually.

As high tide approached we were not disappointed and some waders started to drop in.

The water levels on Becs Lagoon ( take a look at the first picture its shows a view of the lagoon) are very low. What remains of the water is concentrated to the far side and left of the pool. Too low in my opinion at the moment and we could do with a shallow layer of water across the mud. Despite the lack of water the birds have been preferring this lagoon more than any of the others and seem to congregate in numbers at high tide here.

Black Headed Gulls were in good numbers and there was a constant stream of these gulls coming in to roost as the incoming tide pushed them inland. 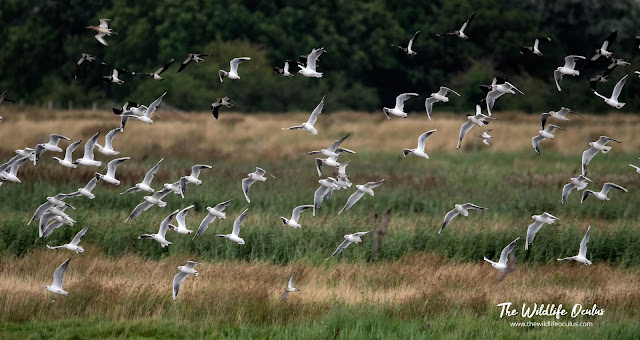 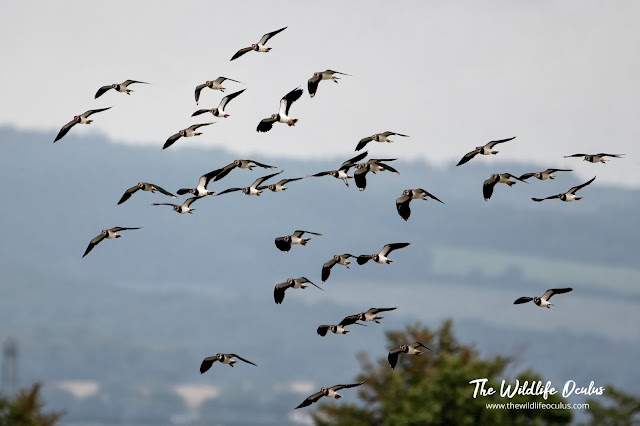 The first waders we observed were Dunlins , Lapwings, Redshanks and that Spotted Redshank which moved from Monks after a Peregrine swept in and mixed everything up for a time.

As the morning progressed we were joined by my friend Paul Joy and more birders. Luckily the bird gods were favouring us all and as high tide reached its zenith in dropped a big flock of Dunlins and Ringed Plovers. Joining them were a juvenile Knot and Ruff.

With all these eyes scanning the lagoon it was only a matter of time before someone spotted a Little Stint. These tiny waders I always find are tough to pick out and identify correctly and it was good to have the support and knowledge of my birding pals. 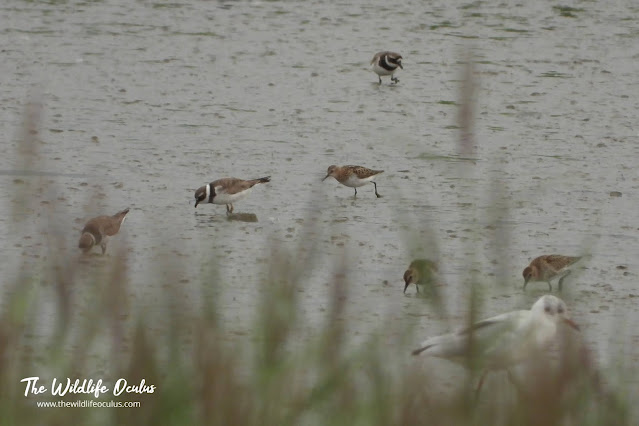 A really nice looking bird that turned up was a breeding plumage Grey Plover that looked fantastic.

The sun eventually decided to start shining as we began to make our way out of the reserve,

Paul and I spent sometime photographing butterflies that were feeding on a Fleabane plant. It was good to see my first Painted Lady of 2021. This species of butterfly flies incredible distances. It migrates from  North Africa all the way to continental Europe and beyond.No wonder it was feeding frantically on the nectar in the Fleabane flowers it must have been exhausted.

I needed a good birdwatch this weekend after a very busy week and once again Goldcliff gave me a really good dose of bird therapy to destress. As ever it was great to meet up with several happy birders :)