Drones, Dawns and Dusks and a moment of madness

I had a very eventful last month, so my writing has taken a back seat to all the photography I have been doing. There has been a lot to focus my attention on. I've been to Gwent's North and South, taking landscape pictures of fantastic sunrises and magnificent sunsets. This year my drone work has become a major part of my photography and I have grown more confident using it in various locations. I have also experimented with some nightscape photography which I have found very interesting.

My wildlife photography has remained a major interest and whether it has been walking the hills of North Gwent or hanging about at my usual patch at Goldcliff in the Newport Wetlands to the south, my hobby has kept me happy and sane. Most of all I have often had some great company from my friends and family on my various trips.

I also had a really funny moment earlier this month and in a moment of madness decided to purchase and convert to a Canon camera! I was going to trade in most of my Nikon kit. This would have caused shock waves throughout my Nikon and Canon friends and Paul Joy thought I had at last seen the light and was turning from the dark side! But in the end, it all turned out to be a very bad idea and would have been extremely costly to make the changes resulting in me soon cancelling my order.

I woke up the following day in a cold sweat feeling as if I just had a very bad nightmare! (The worst ever what was I thinking - Canon AHHH) I initially felt like Leonardo Decaprio at the end of the film Inception when you don't really know whether it was a dream or reality but I went and checked my camera bag and all my Nikons were still there. Phew.

With so much having gone on I have decided to post some of my favourites from the last month of photography with a "few" words about them.

The North of Gwent continues to be a location I return to on regular occasions. The views are absolutely breathtaking and the place has lots of birds. I have enjoyed views of Wheatears, Cuckoo, Stonechats, Red Kites, Tree Pipits, Meadow Pipits, Buzzards, Reed Buntings and Whinchats - which leads me on to my next picture.

This year the Whinchats were a little harder to find during the spring but Paul Joy and I found them towards the end of the breeding season when they were fledging. I counted six pairs in total and I think all had fledged chicks.

My love affair with Goldcliff Lagoons has continued and I am rarely away from the reserve for long. I had some really productive visits this month.

On one visit I was very fortunate to see one of the Barn Owls quartering the lagoons in broad daylight. 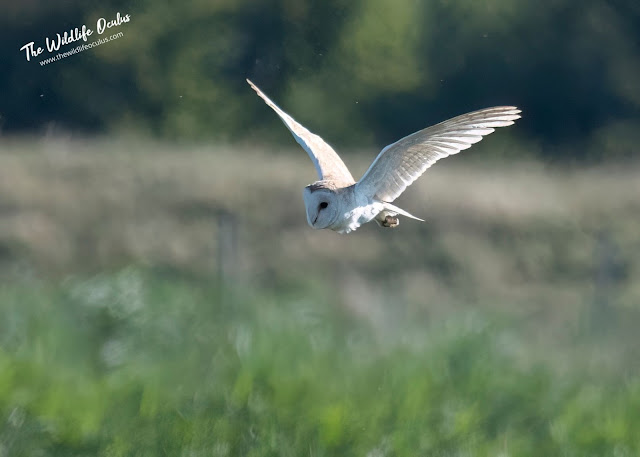 Pwll Ddu and Gilwern Hill are amongst my favourite places in North Gwent for landscape photography. I must admit getting up at ridiculous o'clock times has been a challenge lately for me but once I am up and running it's always been worth it. On the visit shown in the below photo, it was actually quite cold and I was glad to have taken my fleece. The sunrise was "ok" but not one of the best but I did enjoy flying the drone for an aerial view and the sun did eventually make an appearance as I marched back to my car.

Travelling South again I have been visiting the Blackrock area near Sudbrook, Chepstow between the two Severn Bridges. Now, this location is awesome for doing sunrise photographs. On these visits, I used the drone to capture some epic landscape pictures.

Goldcliff Lagoons has been affected considerably by the heatwave the UK has been experiencing. Monks and Becs Lagoon have completely dried out. The NRW have kept Priors Lagoon full to the brim most of the year and it now seems like they had good foresight in order to do so, as it's the only lagoon to have water and it's now like a bird magnet attracting all kinds of birds.
Highlights include - a Great White Egret, Green Sandpipers, Black Tailed Godwits, Redshank, Curlew, Dunlins, Little Egrets, Grey Herons and hordes of Sand Martins, House Martins and Swallows.
I took some drone pictures from a distance of the reserve to document how dried out they have become.
The reserve seems to be getting better and better the drier it has been getting. There have been lots of passerines throughout Goldcliff and just in a matter of five minutes in hide 2, I saw a Whinchat, Stonechat, Linnet, Pied Wagtail, Yellow Wagtail and a Willow Warbler.
My personal highlight has been to finally get a picture of a Green Woodpecker. I just love the plumage colour and the early morning light was fantastic.
I continue to visit Goldcliff quite regularly in the evening when I get a chance. I particularly enjoy it when one of my family decides to join me and becomes a "Golcliff Wall of Fame" member.
Standing on the wall watching an epic sunset is awesome and one of nature's great spectacles.

On this occasion, the tide was over 12 meters and perfectly coincided with sunset. Like I have seen on so many previous visits on a high tide in the evening the Curlews flew into the reserve in waves and I have never seen so many roost on Priors Lagoon.
To finish off this rather lengthy blog post ( I am making up for not posting in a while) I am going to end with some night photography I have been doing in the city of Newport. The transporter bridge is a real marvel and the city looks pretty good at night using the drone for some elevation.