Hovering around the Severn

There are so many places along the Severn Estuary that provide excellent photographic opportunities. It really is a wonder of the world.

I continue to be obsessed with sunrises and sunsets. I love being out with the camera at these times. It's often much quieter and the light is so much better. The wildlife is also a lot more active during the Golden Hours.

I have enjoyed a couple of visits recently to Blackrock, Chepstow where I have been using the drone to get some new perspectives of sunrises but this weekend I chose to return to my usual patch and wait for the sun to rise at Goldcliff seawall. I don't really "wait", any time I have between arrival at my spot and the sun rising usually involves some feverish activity. I set my equipment up. I seem to be getting more and more stuff every year. The drone needs pre-flight checking, and the landing pad has to be set up. I also mount my other camera up on a tripod so I can use the remote timer. Plus, I have another camera to hand in case I see some birds.

When I decide to do some sunrise photographs it always involves some pre-planning. Due to the unpredictable weather we have in the UK, there is no such thing as a guaranteed good sunrise ever. I check the weather apps and particularly like one called Windy which shows the cloud cover predictions.

The best guestimate I had before going to bed was that things looked odds on for a good sunrise on Saturday morning.

So when I was setting up my camera kit yesterday morning at 5.30 am on the seawall I had some serious doubts about whether the sunrise was going to be that good. There was a band of clouds on the horizon exactly behind the Prince of Wales bridge and where the sun was going to come up.

However, two things looked more promising Firstly other atmospheric conditions were that the skies were clear of clouds - I could see the stars and the planet Mars. Secondly, the eastern skies were a fantastic orange colour.

There was also, no wind to speak of, which made it ideal for flying my drone.

On my first flight with the drone, I decided to do a wide panoramic. The DJI Air 2 S is a real marvel of technology. I put it up and fly it into the position I want and then let it hover above the waters of the Severn.

The DJI Air 2 S has manual functionality and I have been experimenting with it lately to see if I can control exposure more consistently. In auto mode, it has a tendency to blow out bright objects in the frame - such as the sun.

The panoramic picture above I think looks pretty cool as it was taken in the low light from about 100 meters up in the sky and the drone was perfectly still. The technology involved is mind-boggling.

It always amazes me how much the sky can change in a few minutes just before dawn. As I brought the drone into land the sky had now taken on a pinky red colour with streaky clouds and looked quite spectacular.

After that first flight, I had to get it back up flying quickly as the sun was now on its way. With about five minutes to spare I flew the drone along the sea wall and got it into the position I wanted. Initially, I missed the sun coming up behind the clouds as I thought the bright red in the distance was big red aircraft warning light mounted on the bridge.

Our solar system's star finally breached the clouds in a blaze of glory. The morning had broken and the world was now illuminated in an orange glow.

I think I managed to capture the moment with the drone pretty well on this occasion.

I turned the drone around during its hover and focused West on my next destination. Goldcliff Lagoons in the distance where my friend Paul Joy was waiting for me to do some bird watching beckoned. In the picture it can be clearly seen how dried up Becs and Monks Lagoons are.

The sun had now risen passed the sweet spot for photography and was now so bright it was blinding me to look at it directly.

I packed my kit up and headed back along the wall to go and do some birdwatching. 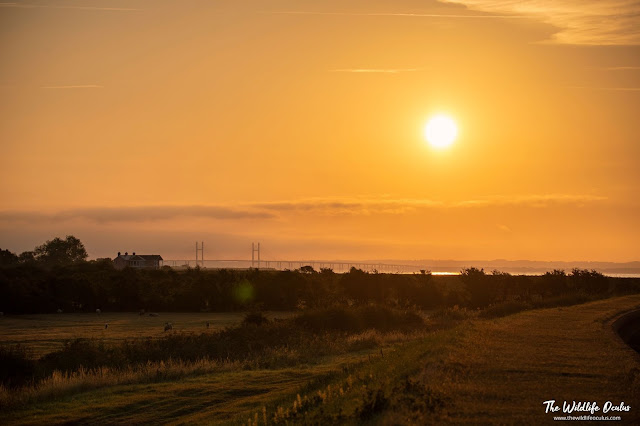 In recent weeks the reserve has been attracting one of nature's own evolutionary marvels that have perfected hovering.

A pair of Kestrels have been seen throughout the reserve and have been very accommodating to photograph with some amazing pictures posted on Social Media sites.

As I strolled through Goldcliff Lagoons I did my usual, as I am a creature of habit and checked each hide and platform out as I made my way through the reserve. As I walked up to Hide 2 I spotted a Kestrel basking in the early morning sun with its back to me. It was looking across the very dried-out Monks Lagoons. 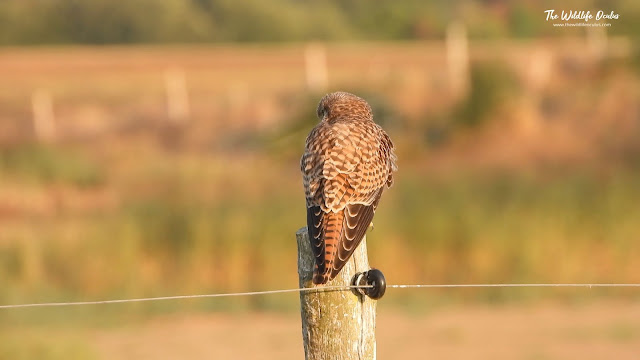 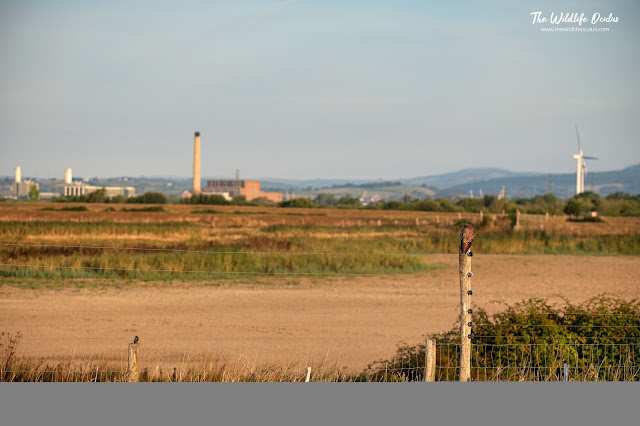 I sneaked up to a better position whilst its back was turned and trained my camera on it. I was surprised when it turned around and looked straight at me and did not even flinch! When wild animals are comfortable with your presence I think it's very special.

The light was perfect and the young female raptor had puffed her feathers out a little as the air remained a little fresh and posed for me. I even had time to swap cameras and do some video. Eventually, she started to fidget, stretched her wings and tail and then flew off. 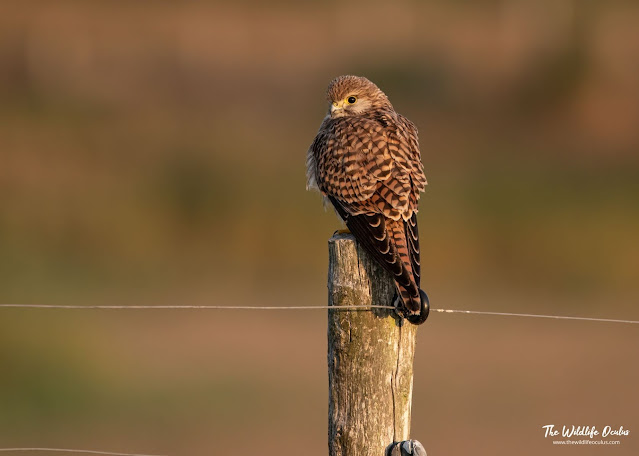 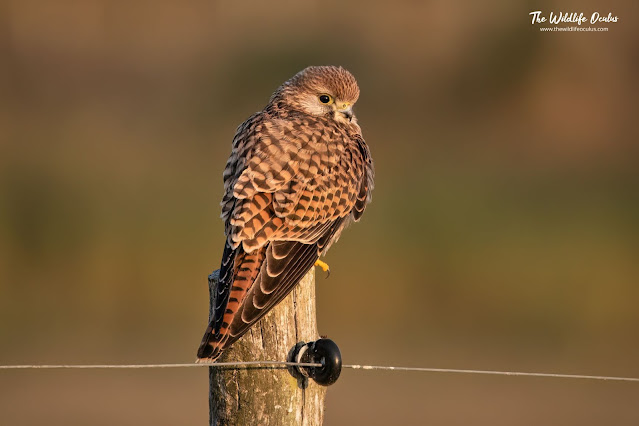 She put on quite a show for many visitors to the reserve all morning. I was very grateful for just a few minutes of her time.

The falcon even put on a show to wave me off from the reserve. She landed on the fence posts between Hide 2 and the Snipe Platform and was very accommodating to a number of us.

As ever, I had a great time at Goldcliff, met up with my friends, watched some birds and had a good chat.