My birding Highlights of 2022

This year I have spread my wings so to speak , away from Goldcliff Lagoons. Whilst I continue to adore my local patch, I have focussed my time particularly on locations where I can get a little closer to waders.

Thats not to say they have been the only species of  birds I have photographed.  There has been some really memorable lifers this year -

I had a great start to the year and for the first time saw and photographed Purple Sandpipers at both Portishead ( Bristol) and Newton Point (Porthcawl).

These waders are something of a scarcity and migrate to the coast of the UK where they spend the winter months.

The species is very confiding and if you respect the birds they will walk right up to you.

My friend Paul and I were "over joyed" to find some Welsh birds on the Porthcawl coast.
Trecco Bay and Newton Point became a regular haunt of mine  with Paul and I was particularly happy to get some nice photographs of Grey Plovers.
The chunky waders have a very wide "safety zone" around them so getting close to them took a great deal of patience and fieldcraft.
A trip to Ian Howells bird hide in early spring resulted in some of the best views of Sparrowhawks I have ever had. This female was truly magnificent looking at us with her killer stare.
The Three Amigos visited RSPB Gwenffrwd Dinas. I absolutely love a trip to this place. We had great views of Pied Flycatchers and at long last I managed a half decent picture of a Common Redstart.
This year the Three Amigos also did their annual pilgrimage to Skomer Islands. I never tire of taking pictures of Puffins. The visit to the celtic island was just one highlight of a fantastic little holiday with my friends.
I have spent lots of time down at Goldcliff Lagoons. There has been a pair of Kestrels that have practically been showing all year round.
It took me fifty years to take my first photograph of a wild Barn Owl. In 2022 there has been two Barn Owls that have been showing quite well from time to time if you are lucky at Goldcliff.
On this occasion it was hunting the lagoons in broad daylight.
Lying down on the wet sand and getting soaking wet was well worth it for these pictures of Sanderlings. I have taken probably thousands of pictures of the tiny waders in Porthcawl this year.
Ringed Plovers are absolutely beautiful little waders and I have really enjoyed getting close up to them. There was no need to chase the birds around the coast. It was just a case of finding them and sitting up to wait. The tide would push them up towards us and they would become very confiding as long as you did not move around too much.
I have rarely seen a Dunlin close up. Normally my pictures have been flight shots of a flock of hundreds of birds taken at a distance at one of the nature reserves.
I continue to marvel at the camouflaged plumage of Turnstones. At Trecco Bay they were very accommodating. 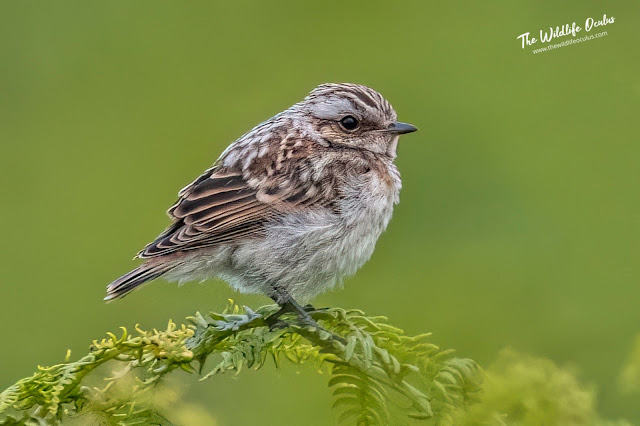 Throughout the spring and summer I have enjoyed walking the hills of North Gwent.
The Whinchat up the Blorenge  Mountain appear to have had a good year and I was glad witness a brood fledge the nest.
Its amazing to think they fly to Wales all the way from North Africa to breed on the hillsides then fly all the way back - incredible. 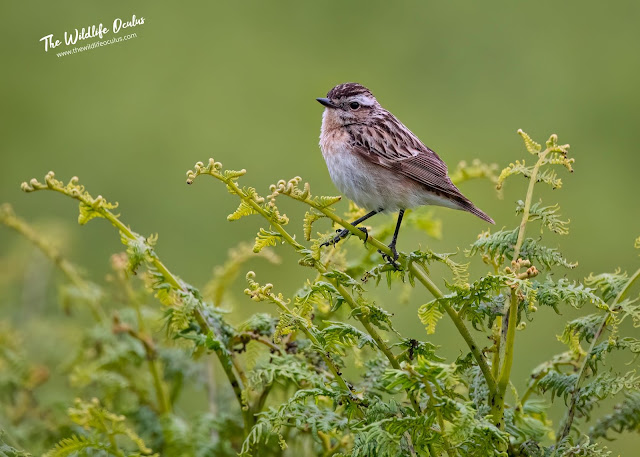 Goldcliff Lagoons had a rare visitor in October. A Grey Phalarope dropped into the lagoons and hung around for quite a while. The picture was taken with my Nikon P1000 at quite a distance. The magnification this camera is capable of is incredible and in good light the pictures can be pretty good.
The Collared Pratincole is probably one the most bizarre birds I have ever seen. Its actually a species of wader. Its looks more like gull crossed with a swift.
A visit to WWT Slimbridge resulted in amazing views. I watched it with my fellow Amigos from the Discovery Hide on the South Lake catching wasps.

I am going to finish with a more recent picture taken at my favourite of places. On a very quiet blue sky morning a male Marsh Harrier flew in and started quartering the reserve near Priors Lagoon. The picture is cropped substantially but because the light was good , the final result was quite good. At Goldcliff Marsh Harriers are wary birds and rarely come that close so I was pleased with this one.

Overall 2022 has been a good year birding wise and I have lots of great memories , many of which have been shared in fantastic company with my birding pals who have made the year all the much better.