Hawdly any finches left but I did find a bit of gold and red.

Well I returned to the location where I found Hawfinches last week.
Despite the drizzly rain the Hawfinches remain on site. The birds are very difficult to get close to, frustratingly so at times. With the time I had to spare I tried to be patient and watched them from a distance.

After a while they flew into a nearby Alder tree and then descended into a big Yew Tree that has berries left on it. I was fortunate to capture the moment one Hawfinch bit a berry of a branch whilst in flight. 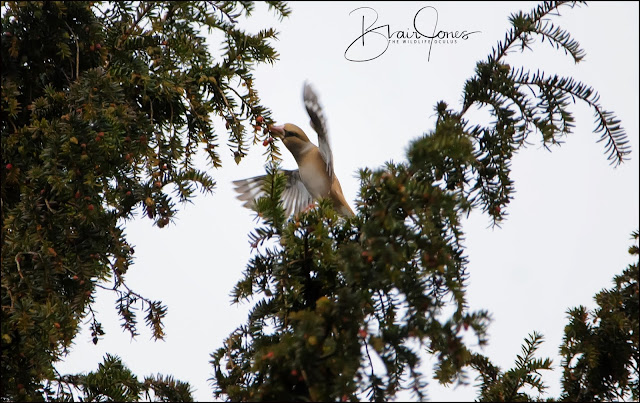 I then decided to see what else was on offer.

I could hear lots of Redwings even before I could see them. They were perched high up in the trees and then swooped down into the hedgerows that border the field. They appeared to be feeding on worms in the fields. Later I watched them feeding on Yew and Ivy berries. 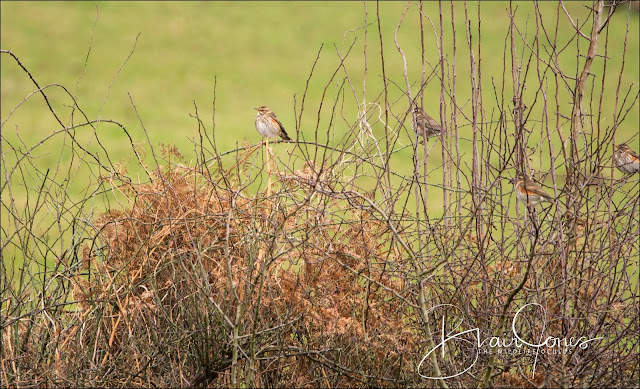 Later whilst trying to take some close up pictures of the Redwings, I heard the call of a Goldcrest which was busy hunting away in a conifer tree.

I was able to get nice and close and managed to take some sharp close up pictures.

The colours of the feathers are amazing. 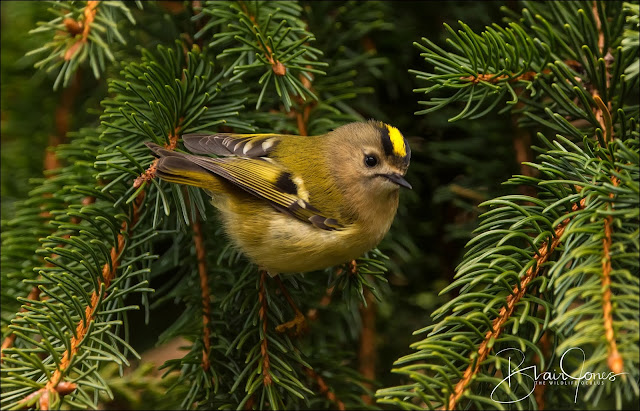