An upturn in events at Goldcliff Lagoons

I was fortunate at the end of the week to have an opportunity to visit the Goldcliff Lagoons reserve at the crack of dawn.  The sun is rising earlier and earlier now as Spring is here and to be honest getting up early out of bed is that much harder as it really is at "stupid o'clock" times.

I got lucky with the weather for a change and upon my arrival, up came the sun in all its morning glory.


One thing that stood out on Friday morning was the numbers of crows. There was a big flock            ("Murder")  of Carrion Crows marauding around the lagoons. They were driving the "resident" pair crazy. They were socialising with each other a lot and doing quite a bit of aerial aerobatics, then they would all settle together at the top of a tree or perch on one of the perimeter fences.

Gathered on Monks (Lagoon 1) was a large flock of Black Tailed Godwits ( in amongst them were two Knot). They appear to be gathering in larger numbers now and roosting at the reserve more. This is similar to what occurred last year and hopefully they will put in more frequent appearances. They did not settle for that long and soon were on their way just after high tide.


I settled down with my kit in the Snipe Platform and scanned Priors (Lagoon 2) for life.

Out there on the waters edge was a long ribbon of while coloured waders. The distinctive birds were Avocets.


These iconic birds are starting to regularly visit the reserves lagoons. They are fabulous birds to watch. They have specialised up turned beaks , blue stilt like legs and very distinctive black and white plumage. They are in fact referred to internationally as Pied Avocets.
Its no surprise that the RSPB use this bird as their logo.

I would estimate that there is about 70 to 90 birds visiting the lagoons now and they seem to be roosting at the reserve more frequently. Throughout the winter I have watched them out on the estuary mud near the pill from the Saltmarshes but have rarely seen many on the lagoons themselves. Breeding season will be upon us before we know it and soon enough they will be getting frisky with each other and they will hopefully breed at the reserve. The whole reserve is geared up to attract these wonderful birds and some other species of waders. Lets hope things are on the "up" for the Avocets and they are successful this year.

Every now and then they would startle and there would be an explosion of pied coloured birds into the air and they would sweep low in a flock across the water of the lagoon. They look marvellous in flight and I love photographing them when they do their synchronised aerial manoeuvres.


I decided to take some videos of the Avocets whilst they were huddled together on the banks of  Priors. I am glad I did as I when I reviewed them later I noticed that two of the birds had been tagged and ringed.

I've included the video and some stills in this post. If anyone has any knowledge of when these Avocets were tagged and rung please reach out to me by comment or email.

I find it really interesting to know more about the birds who visit the reserve, its fascinating stuff.

The Avocets were a little nervous , they were up and down every five minutes or so. I scanned the lagoons for predators. Nothing at all "raptorish" was out there but stood in the water of Becs (Lagoon 3) was "Flossy" the Glossy Ibis. Its plumage shone a cool coloured green as I watched it in the early morning sun through my scope. It did not hang about long and was off, flying as it always does West.

There was plenty of ducks on Priors. Shovelers , Teal, Mallards and Wigeon. There was also the odd Gadwall and a Pochard to be spotted.

Redshanks were in good numbers. I would estimate about one hundred birds had gathered at Becs, stood in groups around the waters edges. In the left hand corner ( when viewed from the Snipe Platform) was huddled some Teal and if you looked carefully a number of Snipe. I tried to video them as well but the wind had picked up and was causing shocking camera shake.

I finished my morning with a visit to the NRW offices at Redhouse Barn and had a meeting with the reserves manager Kevin Dupe. He is a really interesting chap and he was very kind to share some of his time with me to explain how the lagoons are managed. I am most thankful.

I will be presenting a talk about Goldcliff Lagoons to Gwent Ornithological Society  on 12/10/2019 at Goytre Community Centre and I wanted to find out more about the reserve. It was fascinating and I hope to be able share some of what I learned later in the year during my talk. Kevin and his colleagues do an enormous amount of work to keep things going so everyone can enjoy it and more importantly habitats are maintained to attract waders to breed at the lagoons.

I returned to Goldcliff Lagoons again on Saturday morning. No visit is ever the same at Goldcliff. It changes day by day. The weather certainly does. There was no hint of a beautiful sunrise. It was well and truly hidden being thick clouds. The wind was blowing a gale. There was waves on Priors ( Lagoon 2).

On this visit I had some company. Two of my birding friends had joined me on arrival and together we walked around the reserve. It was good to have some company and a good chat. I also like having the extra eyes as together we do not seem to miss much.

Again the Glossy Ibis was spotted on Becs ( Lagoon 3). It was in with a flock of Shelducks that were doing their best to shelter against the driving rain.


We watched it from the Seawall Hide for a while before it eventually took off did a circle of the reserve and then flew West flying hard against the incoming wind. It was gone well before 7.30 am.

This was going to be the start of a good days birding, despite the blustery weather. The wind would slightly recede at high tide and the sun was going to come out.

A female Marsh Harrier cruised over the Pill and lingered for a good while hovering against the wind over the reed beds at the reserves perimeter near Becs( Lagoon 3). She seemed to be very focused on something. After a while she got bored with the reeds and decided to quarter the whole of the reserve causing waves of panics amongst the ducks, Redshank , Lapwings and Waders. Then she was off drifting out of view.

Then hurtling across the sky like a speeding bullet was the unmistakable shape of a Peregrine Falcon. Hurtling over to Priors (Lagoon 2) the falcon made towards the settled Avocets. Alarm calls went up birds were suddenly in the air all directions.

There was a blur of black and white. Avocets in tight formation careened back and forth over the lagoon trying to evade the Peregrine that rolled and turned as if it was trying to pick out a weak bird that stayed from the flock. To their credit the Avocets kept it tight despite their panic and the falcon zoomed off and landed in frustration on island at Becs (Lagoon 3).

Its tail splayed it looked annoyed. Then it was back in the air, flying low it shot across the island flying low like a Tornado jet at the flock of Shelducks. It was mad panic. One of the Shelducks crash landed in a huge splash trying anything to avoid being prey to the Falcon. Again they got lucky or perhaps the Peregrine was showing off in a temper and taking it out on these big ducks. The falcon was gone, it powered out of the lagoons over the sea wall. Now that was fun to watch :)

Life then started to calm down a little for a while at least. High tide was at its zenith and hoards of Canada Geese began to descend from the heavens into Priors Lagoon.

They would soon be joined by the "Famous Five" White Fronted Geese. They landed in the water and then hauled out and settled down to roost on the grass.

Ducks began to gather in greater numbers and soon the lagoon was very busy with birds. It was quite a scene with all kinds of species. Most notably was a Goldeneye and a Spotted Redshank. None of this went unnoticed however. Something magnificent and predatory was about to make an appearance on the scene.

Then entered the male Marsh Harrier. He really look at his best. His tri-coloured plumage stood out in the glare of the mornings sun and his golden eyes shone out. I love these raptors.


The Harrier swept in expertly turning to fly against the wind. Smoothly twisting and moving its wings effortlessly gliding as if the wind was just a whisper. I am sure these birds gently feel the wind using their feather tips caressing and  moulding the ebb and flow of the air currents like magicians.

He harried whatever was in the reeds with some serious intent. Whatever was in their was worth a great deal of attention. The "prey", whatever it may well have been got lucky on this occasion,as the Harrier like his female counterpart earlier in the morning failed to catch anything and left the reserve. I think all of us birders in the Seawall Hide finally breathed. Wow what a performance.

I truly enjoyed the morning. Lots of species seen, good company and some great bird wildlife action to witness. 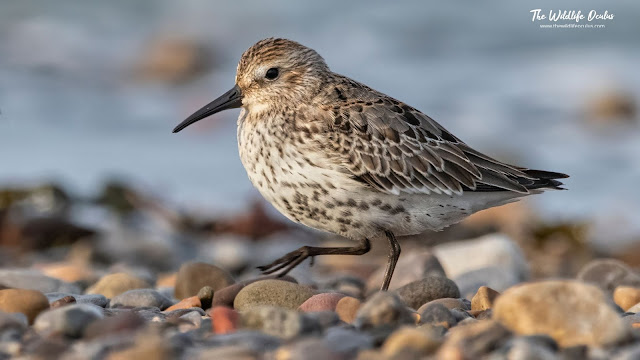