For the past week anyone with an interest in birding has been scanning the skies and carefully checking their local patches for the early spring migrants.

Throughout the UK and in parts of Wales there has been sightings of Swallows, Sand Martins , Little Ringed Plovers , Ospreys (5 now at Rutland) and Wheatears.

I was hoping to catch sight of at least one of them on Sundays visit to Goldcliff (admittedly an Osprey would be really pushing my luck) but it was not to be.

Yesterday I had an opportunity to meet up with my friend Nev for an evenings bird watch at Goldcliff Lagoons.

He arrived before me and shortly after my arrival my mobile was going as Nev excitedly told me that he had found a Northern Wheatear near the sea wall.

I made my way there and together we had a great view of a beautiful male. It had probably arrived that afternoon having migrated all the way from central Africa. 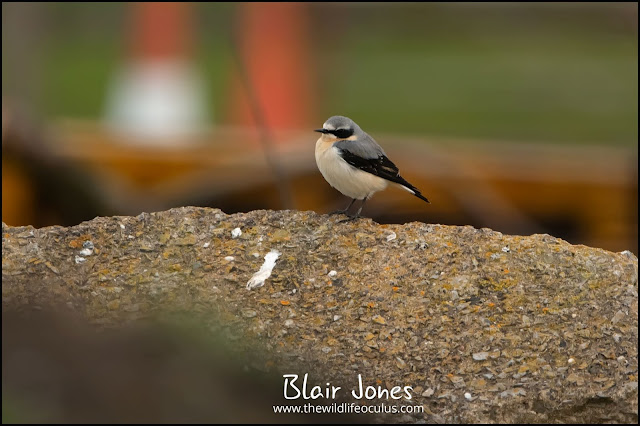 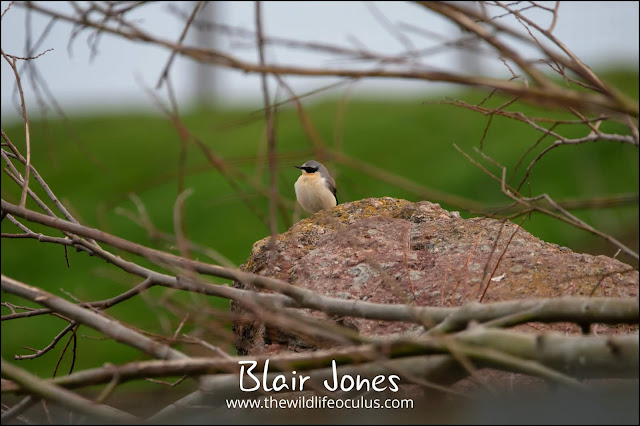 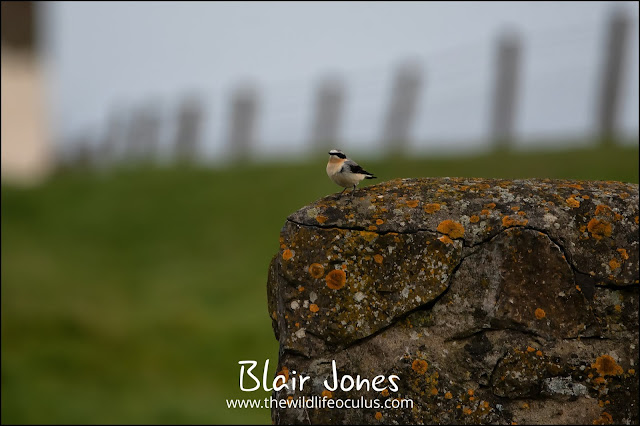 So lets suppose this birds wintered in the Senegal region of Africa (which is within its winter range) it had flown approximately 4246 kilometres to arrive at Goldcliff's sea wall. That is absolutely amazing don't you think? It looked in fantastic condition and had probably burned a lot of its fat reserves to get to Wales.

The males tend to arrive earlier than the females. He will no doubt ,after a rest and feed to replenish his energy reserves, make his way North. There he will set up a territory and await the females arrival. Last year I had a great time photographing them in North Gwent. They are quite accommodating birds to get close to and I look forward to more of the same this year.