This weeks blog features one of my favourite hymns.  It always pops into my mind when I am up early at dawn,especially in the spring. I was singing it in my head yesterday as I watched the sun rise at Goldcliff .

I am not turning religious all of a sudden but I guess its something from my childhood when I attended Sunday school that has always struck a chord in my mind when I see the sunrise. Believe it or not I sung it in in church as a child . Back then I made people cry with joy when I sang, now they cry with laughter :).

Sweet the rain's new fall,
Sunlit from heaven,
Like the first dewfall
On the first grass;
Praise for the sweetness,
Of the wet garden,
Sprung in completeness
Where his feet pass.

Mine is the sunlight,
Mine is the morning,
Born of the one light
Eden saw play;
Praise with elation,
Praise every morning,
God's re-creation
Of the new day.


To me the hymn epitomises in some respects how I feel in my heart when our life giver the sun rises every day . Each of us will have our own individual thoughts on whether this is down to a  "God", Mother Nature, or Science involving some unfathomable universal mathematical equation of everything playing out.  Either way we should be thankful of it. Seeing the sun rising is nothing less than awe inspiring and kindles a feeling of inner spirit - some may call it a feeling of faith. It makes me feel energised, glad to be alive and full of wonder. Its no surprise that many cultures have worshipped it.

The warmth and light of the sun returning looks amazing in the photographs.  There is so much energy and expectation in it and you can feel nature all around you waking up, the plants turning their leaves to bask in its warmth and energy and the wildlife waking to start the never ending quest to live for another day.


After the sun had risen with a spring in my step and feeling energised I headed for the lagoons. It was now time for a bit of "Bird-mindfulness" as my mother calls my bird watching.

They were full of life. I guess the birds were eager to feed and get about their usual business after Storm Hannah on Saturday brought high winds and a deluge of rain  As I approached I could hear the cackle of geese ,the peewits of lapwings and whistles of the ducks. It sounded alive with bird activity.

Flying overhead noisily calling to each other was the "Famous Five" White Fronted Geese.
Redshanks and Lapwings were busy tussling with each other on Monks ( Lagoon 1). I could not make my mind up in some cases whether they were fighting, mating or doing a bit of both. Both species are certainly looking a little frisky.

On Priors were the magnificent Avocets. The flock comprised of about eighty birds. They were lined up along the grassy bank preening busily  and jostling around after roosting for the night ( Videos to follow later in the week). Every now and then they would take off as if startled and then return to the same spot.
I found another ringed Avocet. This individual has red rings on its legs.


The ducks and geese currently dominate the species on the lagoons. Canada Geese were everywhere accompanied by Greylags in smaller numbers. The Canada's were spending a lot of time fighting amongst each other. Its that time of year when some are paired up and others are chancing their luck at getting a partner and chasing off any competitors.

The Shovelers ,by and large appear to have all paired up. The Wigeon were also scrapping amongst themselves and one of the males mounted a female and appeared to almost drown her with his over enthusiasm.

As I settled out of the biting wind in the Seawall hide the White Fronted Geese made a return and landed in Priors. Later another birder pointed out to me the two Barnacle Geese that settled down on the grass in with some Canadas. 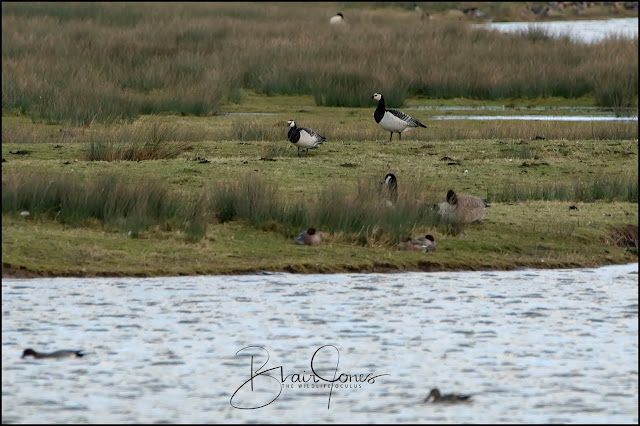 Whilst sat in the Marsh Platform a Peregrine zoomed over head and caused a rout amongst the Avocets and Ducks. 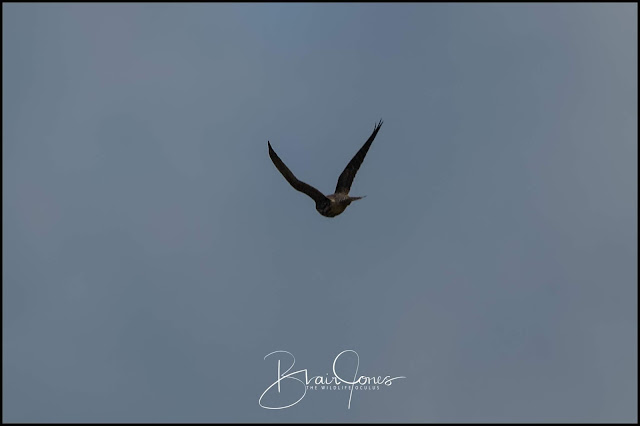 The Avocets regained some composure and gathered into their usual "Pied Aerobatic Display Team" and treated me to some amazing formation flying. 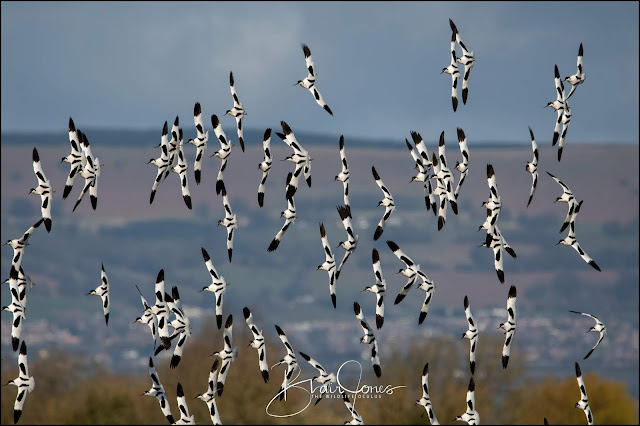 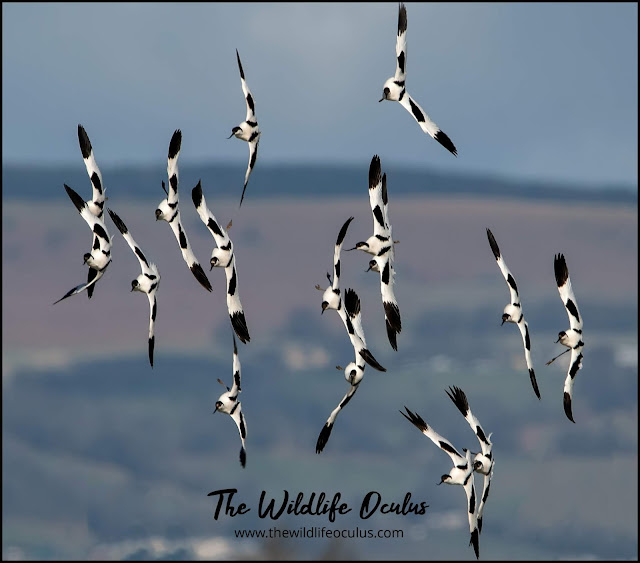 Another great morning with some spectacular views from start to finish.