Dawn on the Wall 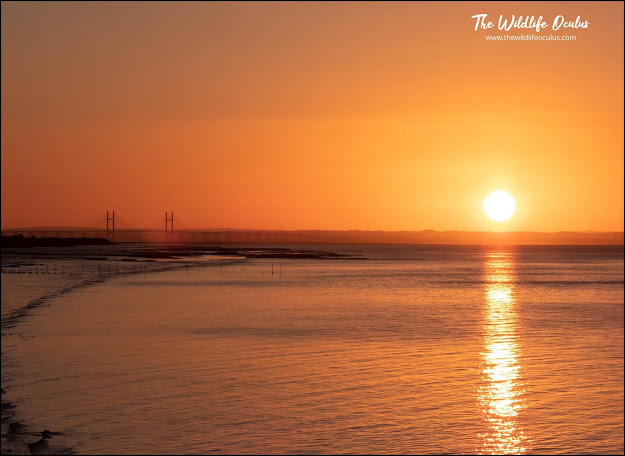 Saturday I met up with my friend Paul Joy before dawn on Goldcliff sea wall. The skies were unbelievably clear without a cloud in the sky.

After a ten minute walk, we reached the point where we could get a good view of the Prince of Wales bridge and where we thought the sun was going to rise on the horizon. This is one of my favorite walks that I do for sunrises. It is usually very quiet and there is an air of serenity and peace about the place.

As dawn approaches, there is then a feeling of energy about to be released. Nature starts to wake up and the first signs are usually the haunting calls of Curlews and the piping of excited Oystercatchers as they fly up and down the estuary. The tide was on its way in and this was causing the waders, gulls, and ducks to be displaced and the shoreline started to get busier as the birds made the most of the last areas of food rich mud that had not yet been covered by the Severns rapidly rising waters.

Of course, I had a rather excitable friend with me as well that added to all the excitement. Paul had been trying for a good sunrise for a while and had been disappointed at the last minute a few times when thick clouds had ruined a good sunrise photography opportunity. 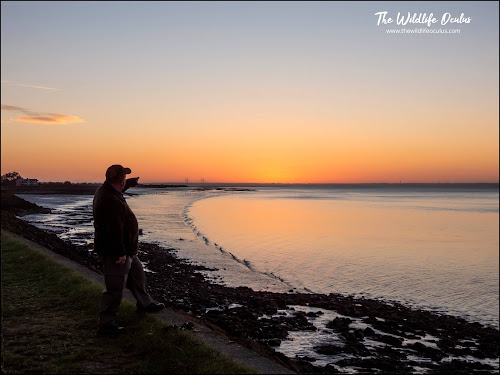 The whole horizon had turned a lovely orange color and in the distance, you could see a corona starting where the sun would rise into the sky.

We got our camera kit all set up.

The pre-dawn light is always great for some cool looking pictures and we experimented with some silhouette shots. 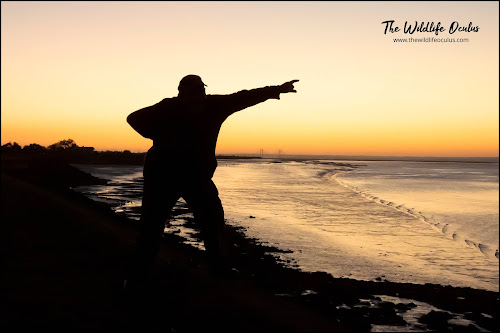 Bang on at 6.30 am the solar fireball rose up. It always seems to happen so quickly and before you know it the sun had risen high into the sky and becomes blinding to look at.

In fairness, we both captured some amazing photos and I think it was one of the clearest sunrises I have seen in a long time. 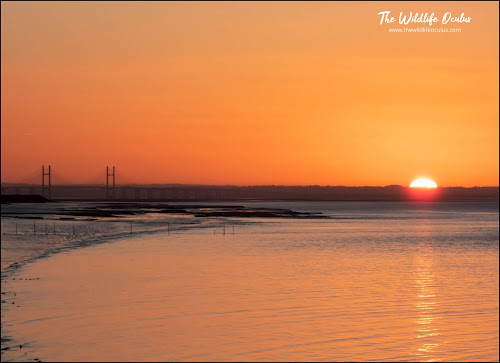 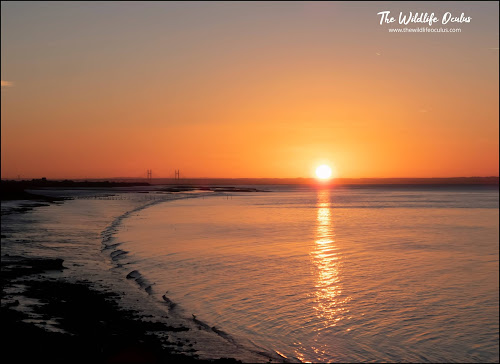 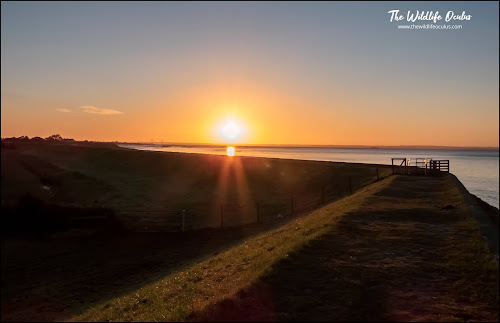 It was then time to pack up the camera kit and march quickly back along the wall. The next stop was going to be Goldcliff Lagoons for some birdwatching.

I will blog in a separate post on the later events at Goldcliff Lagoons as that ended up being a very good day birdwatching.