Droning on a bit

Some of my regular readers may wonder where I have been lately. I've not been visiting my usual haunts such as Goldcliff as much. In some regards, I have literally spread my mechanical wings and been taking the opportunity to do some photography from a different viewpoint.

I have been getting more experienced flying my DJI  mini 2 drone and have been out and about in various places locally taking pictures from far above. My drone pictures have caught the attention of a few people leading to invites to take pictures of locations I would never normally think about. 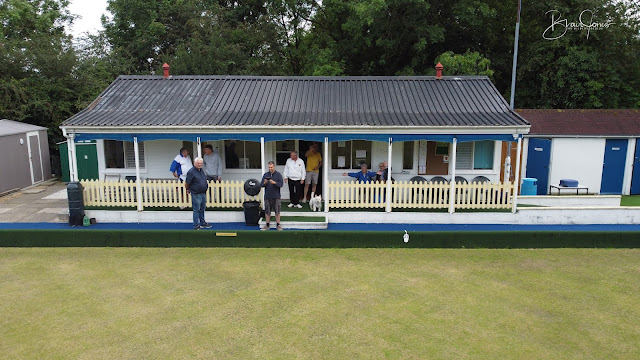 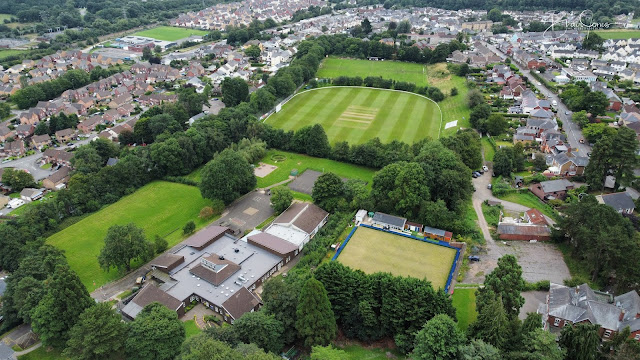 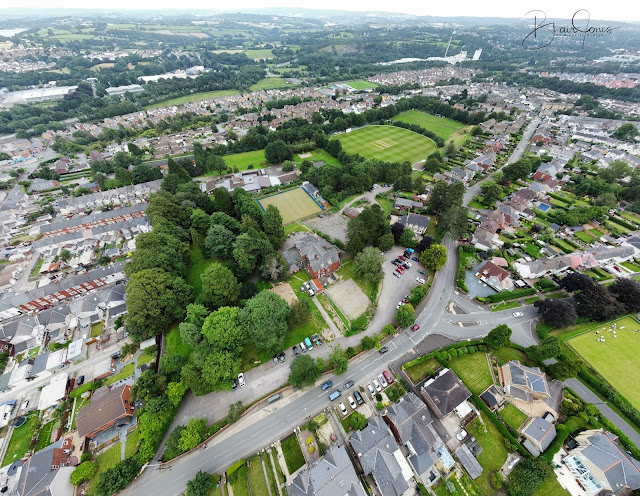 I helped a good friend of mine named Mike Smith out, and took some aerial photography pictures of the Panteg Bowling Club in Griffithstown. The experience really took me back to my childhood and my first job - I used to deliver the South Wales Argus paper to Panteg House and for many years was a good sport for the Welsh Border Collie that lived there. The clever canine liked to hide in different places and then jump out scaring me to hell growling and then it would chase me all the way up the long drive - every time I delivered the paper. I was terrified of it and one day it caught me up and I turned and shouted at it in terror. To my surprise, the dog did not savage me but rolled over on its back and wanted me to pat it. After that, it was friendly for years until I left for Uni.  Mike intends to use some of the pictures for a 100-year centenary book he is planning to put together and I hope the pictures are what he wanted.

I also had my first drone crash! I got a little distracted by my audience when flying the drone and it collided with a conifer tree. Miraculously it survived unscathed.

This drone work resulted in me being invited to take part in a charity bowling match raising money for Alzheimer's which I must admit I really enjoyed. Nice to do something I have not done since I was 18 years old. 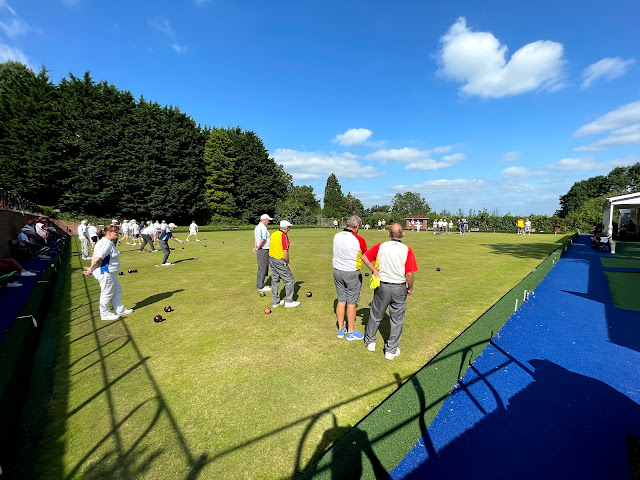 I have been putting the drone up in the skies above Griffithsttown, New Inn, and Cwmynyscoy. Its really given me a different perspective on my local area and I find the photographs fascinating. You can stare at them for hours and see something different. It would be good to do the same in twenty years' time if I am lucky and compare the differences. The way things are going it will be just one big housing estate.

I've traveled to the Gwent Uplands and captured a sunrise from Gilwern Hill and also tried flying it near Big Pit only for the wind to force me to land it before was blown to the ground.

The drone flew over the purple heather-covered slopes of the Blorenge and despite cloudy skies, I think I captured something of the mountain atmosphere in the photos.

A walk up the Skirrid for sunset with my daughter was something special and the views are tremendous up Gwents Holy Mountain.

To escape the strong winds in the high lands I have headed down the mountains to the lowlands and visited an old haunt of mine along the River Usk. I  really cannot believe how rich the river is with wildlife. The species list is packed with good birds to watch - Dippers, Green Sandpipers, Sand Martins, Spotted Flycatchers, Common Sandpipers, and Greenshank to name but a few.

The Usk Valley stretches for miles and walking along the river triggered my memories from four years ago when I had set up my own hide to watch a big tree branch for hours. Why would I do that you may think?  It was a very special perch back then as an amazingly colorful bird used to like to fish from it. The perch was the favorite spot of a Kingfisher and back in the day it was the first time I had found my own "Kingfisher" and it took me many hours of waiting in my own hide to get good photographs of one. 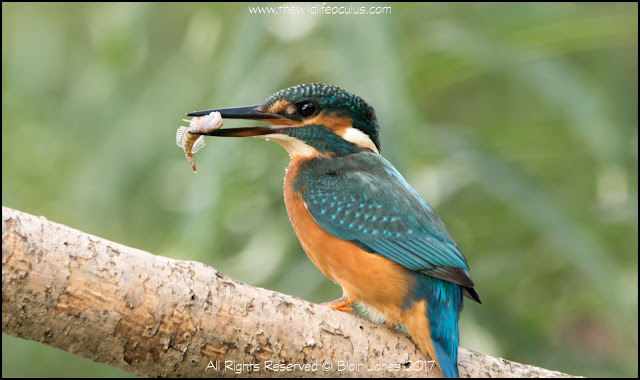 As I walked near where my hide was located I heard and saw several Kingfishers along the river. The thrill of seeing a Kingfisher closeup is addictive and soon my mind was racing again about setting the hide up again this year.  I even bumped into the owner of the stretch of the river who had given me permission to photograph on a privately owned section of the river using my hide. I don't really believe in coincidences so this must have been an act of fate.

It was time then, to get some perches set up. This year however I wanted to share the experience with my friend Paul Joy. I was going to give him an opportunity to enjoy it and I know he often has lady luck on his side as well as more time than me.

We set the perches up together and then it was just a matter of putting the hours in when we could.

I was incredibly lucky on my first session to get a male Kingfisher perching up ten feet in front of me just after dawn.

I think using your own fieldcraft skills and lots of patience always makes the pictures you get more meaningful and rewarding to yourself.

Over the next couple of sessions, Paul managed to get capture some lovely photographs in good light.

Despite me going wandering the last couple of months and diversifying photographically I have visited Goldcliff on a number of occasions.

My favorite visit this year was at the end of July when I was gob-struck watching a huge flock of Sand Martins roosting over Priors Lagoon at sunset. My friend Paul Coombes and I took some tremendous pictures. 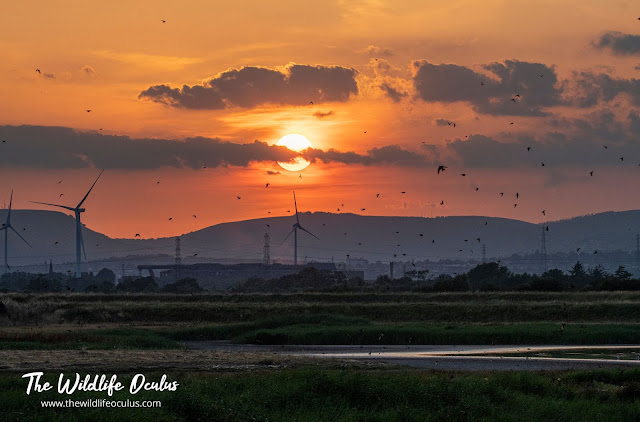 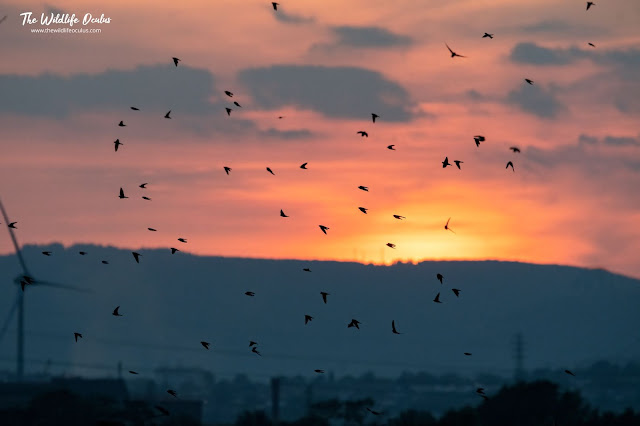 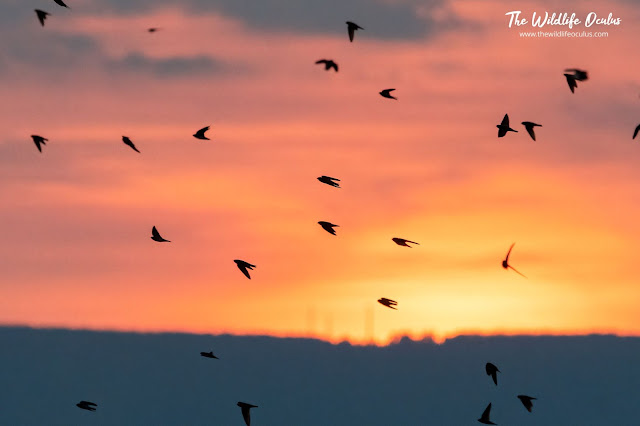 In recent weeks the reserve has been getting really busy with the autumn passage of waders. I am hoping to spend some more time down there this month again.

One big highlight of August was being awarded first place in the Gwent Wildlife Trust Competition Hill Life through the lens competition (Over 16's category). My winning photo of the Folly taken after a snowstorm in January was displayed in the window at Shackeltons Photography Shop in Abergavenny. 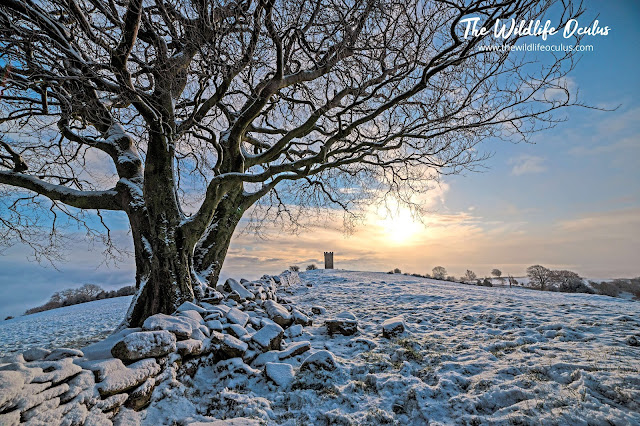 I am also going to shout out that Paul Joy for winning first place in the mobile phone category which was an excellent result.

Finally, I will end with a thank you to Ian Howells for inviting us both up to his Woodland Hide to watch the Tawny owls, Badgers, and also a Fox. He continues to devote huge amounts of time, effort, and money to his hobby and is very kind to give us the opportunity to see wildlife we would not normally see very often. 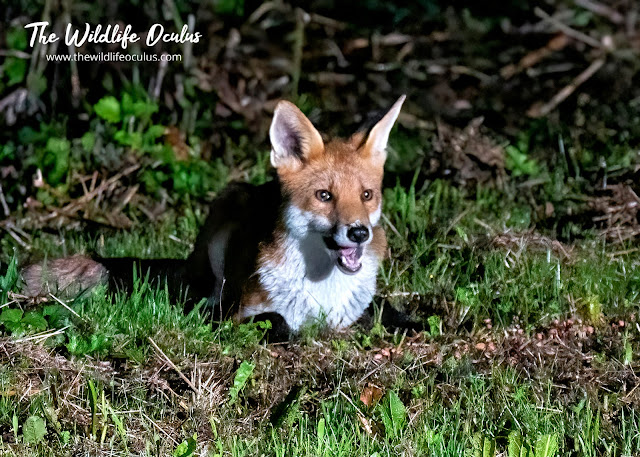