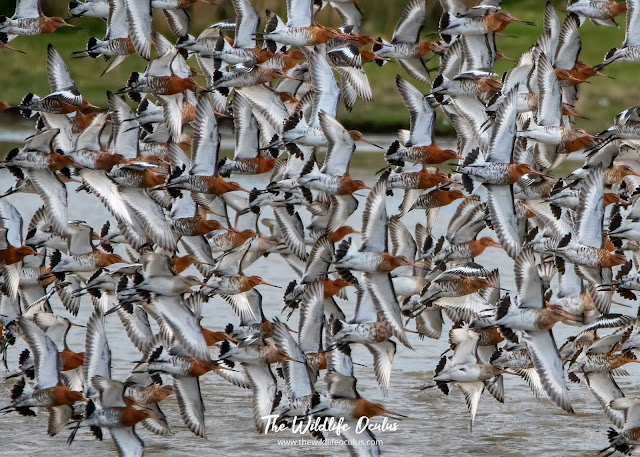 It was a real wader fest this morning. The weather at day break was very cloudy and there was absolutely no sun rise at all, which was a little disappointing. However the great birding soon made up for the poor showing of the sun. I had to brave a very bitterly cold wind which really was bone chilling and eye watering but there was lots to enjoy today.

The incoming tide had pushed a lot of birds in to the reserve. There were hoards of Shelduck. Priors Lagoon was hosting at day break a flock of about eighty Avocets. As I walked around Priors I soon sighted the Bean Goose which was showing well in front of the Marsh Platform on the water.

I settled for a while in the sea wall ( Avocet) Hide and watched Becs Lagoon. There was a big flock of Black Tailed Godwits. Many of them are looking splendid and sporting various levels of their brick red breeding plumage. I scanned them as thoroughly as I could for that ringed bird I saw last weekend. In regards to that ringed bird I had an update from the ringers and with the partial ring information ( the left leg) they could tell me it has been rung in Iceland. Would be great to get the right legs rings as being armed with that information we will be able to learn a great deal more about the birds history. 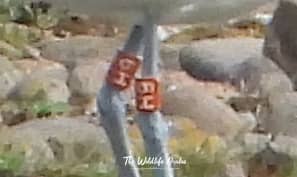 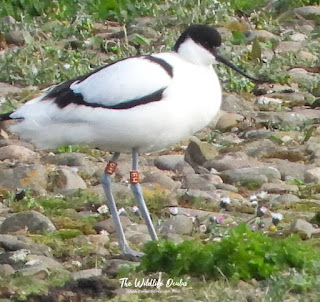 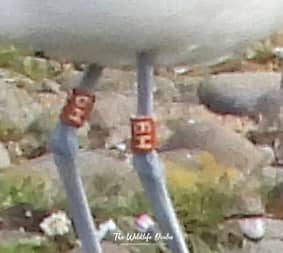 The Godwits were eventually joined  by the flock of Avocets and I gave them the same scrutiny. I found one bird that has coloured rings on both legs with letters and digits. I will be making some enquires concerning this bird also. 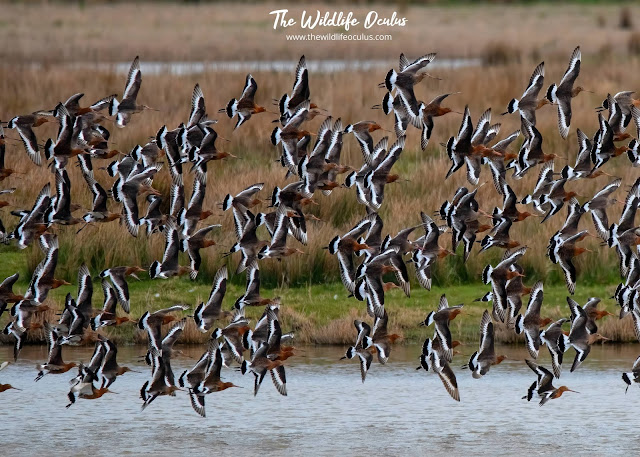 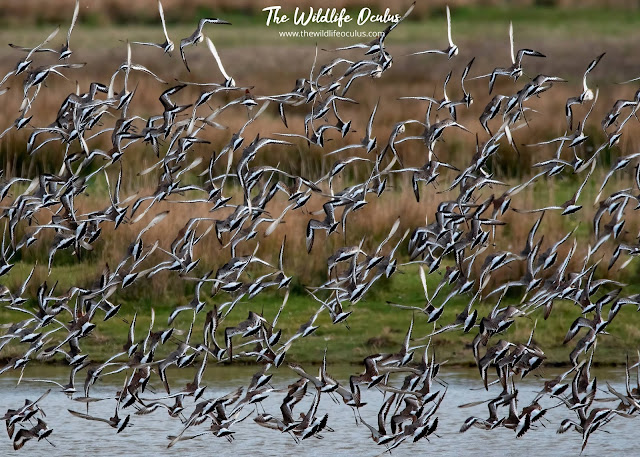 Becs Lagoon was particularly busy and it now seems to be the preferred spot for the waders this spring.

There were good numbers of Redshanks, Lapwings that looked like they have paired up and have started mobbing the crows and there were also a couple of Oystercatchers.

I got to see my first Wheatears of the year at the rear of the sea wall hide and perched up on a nearby fence was a Pied Wagtail.

The only raptor I saw all morning was a Buzzard that at one point circled over Priors Lagoon as if it was a Marsh Harrier. In doing so it caused quite a bit of panic.

I was joined by a friendly birder who pointed out to me that he had seen three Garganey Ducks on Priors Lagoon. Later I went back to the Snipe Platform and all three of these migratory ducks showed well albeit at a distance. The White Fronted Goose also came into view for a while. A few birders reported also seeing a Brent Goose in with the Canada Geese that as usual are legion on the reserve. 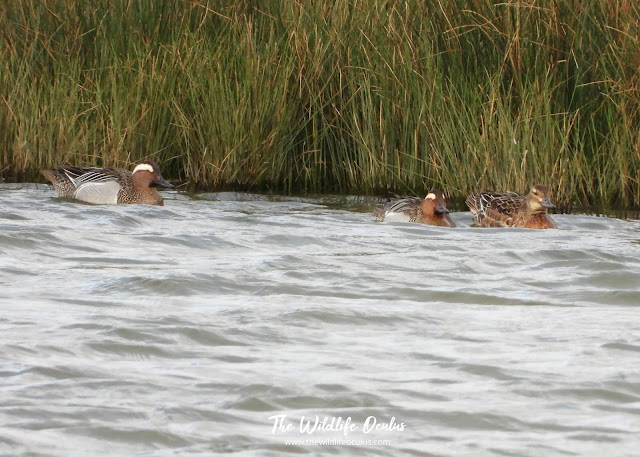 From Hide 2 I was very pleased to see a small flock of twenty or more Dunlins that had been joined by a single Ruff. I love capturing flight shots of the Dunlins as they fly so fast and it feels like quite an accomplishment some times to manage to freeze them a in a frame as they hurtle through the sky in tight formation. 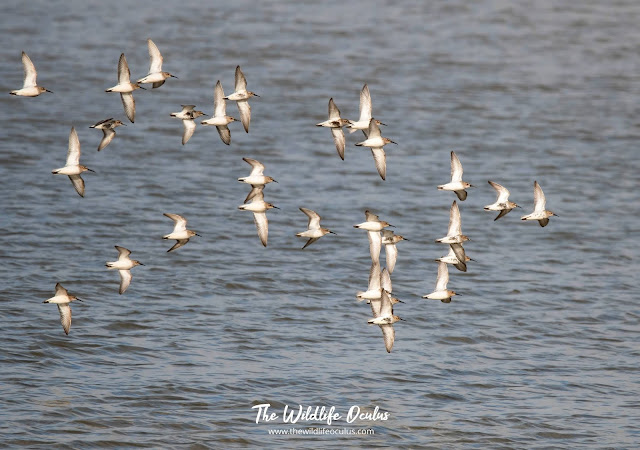 After several hours on the reserve it was time for me to leave and find somewhere to warm up. A great start to the bank holiday weekend.