Wake up in the morning just before its dawning 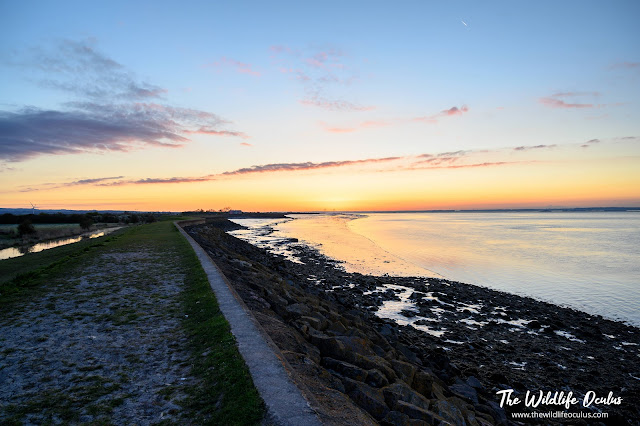 What better way to spend the first day of my vacation. Stood on the seawall at Goldcliff waiting for the sun to rise. The weather was fantastic. Very little cloud to speak of and good, clear visibility.  The tide was well on its way in and starting its inevitable surge across the mud flats.
Over the Estuary I could hear the haunting calls of Curlews, the piping of Oystercatchers and shrills of Redshanks as they jostled along the shoreline trying to make the most of the rapidly diminishing surface of mud in order to feed.
The fields to my left were full of the sounds of the dawn chorus. Blackbirds, Song Thrushes, Robins and Dunnocks, the British song bird stalwarts of the choir were now joined by foreign singers - Chiff Chaffs, Blackcaps and even Sedge Warblers. Crows soared across the skies in front of the Severn Bridge and Sea Gulls coursed what little wind there was. 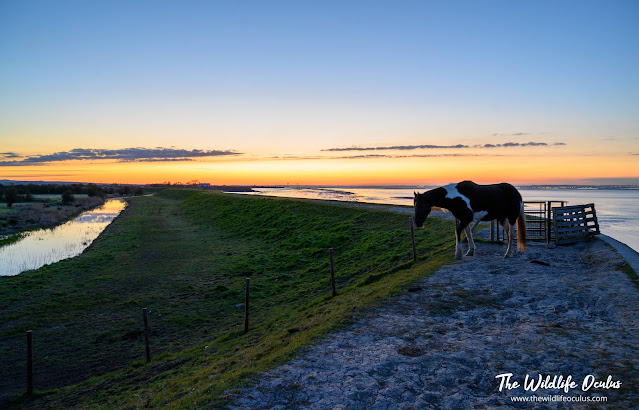 Two horses stood close to my side where I had setup my camera equipment. One nudged me with its head and seemed to want some attention. Despite the cold it was so warm to the touch. They started naying loudly across the fields to a distant unseen horse that responded in kind. I was surrounded by a cacophony of natural sound.
Noisy, yet peaceful at the same time.
The distant sky had turned an incredible orange. It was a sight that warmed the soul and the cold frosty air brought a freshness to my spirit. 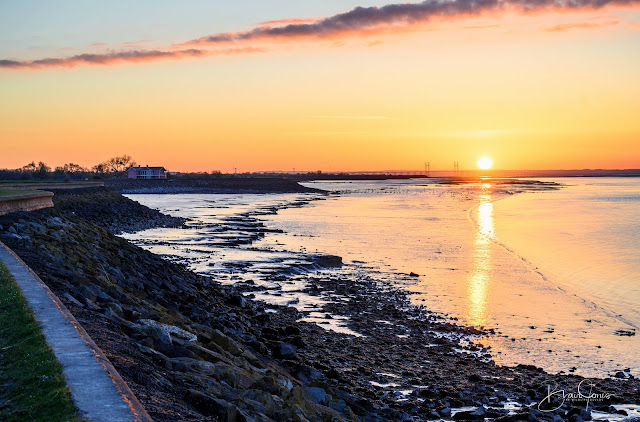 The sun then rose up behind the Prince of Wales Bridge and as the sky lit up with a fiery glow it brought with it a sense of energy and revitalisation which was just what I needed to start my short couple of days off work.
It was worth getting up early in the morning just before it was dawning as it made me feel so good.
Labels: Goldcliff Goldcliff Seawall Sunrise