Up until a few weeks ago I had only ever caught a glimpse of Siskins when they were feeding at the top of tall alder trees. The pictures I had in my collection were always at distance and cropped heavily.

That was then, now I have too many pictures to choose from. My garden has been invaded by a flock of up to 9 individual birds. Its started with two visiting, then three and since the bad weather the flock has grown in numbers. They absolutely love two types of feeds - sunflower hearts and niger seeds,

A Goldfinch started to accompany them initially but there numbers have grown now to 4 . The Goldfinches seem to be quite happy to share the feeders with the Siskins.

The birds making up the flock of Siskins , whilst very sociable they have clear flock rules on who can feed with you. Any breaking of these rules results in a good squabble. I have noticed that the males seem to obey the rules more, but females frequently get into fights with each other and some male birds.

They make good watching and their disputes always make a good photo opportunity. I have been trying to capture the moment they have a fight so I can get some movement in my photos showing behavior rather than the usual stationary perch shot.

Its a battle to get the pictures I am striving for ,as I shoot through double glazing and the light has been poor this weekend with it often raining, so it has meant the ISO has steadily ramped up and sharpness suffers.

I made do with the opportunities I had.

A Chaffinch made an appearance this weekend - that's my first sighting in the garden this year. A nice male came by in the rain.

Today I was really pleased to see a pair of Bullfinch start dining at my feeders.
Beautiful birds and if things work out last year they will now become regulars. 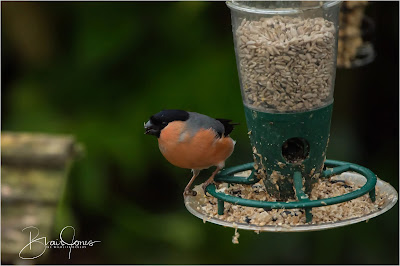 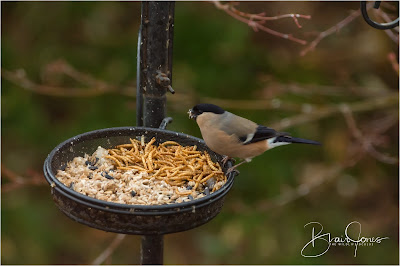 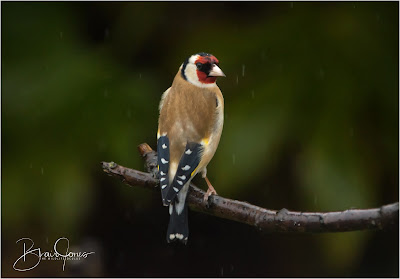 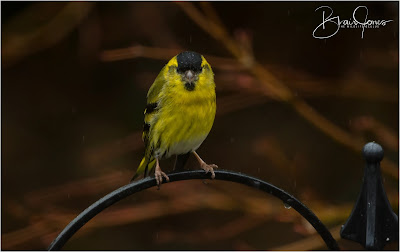 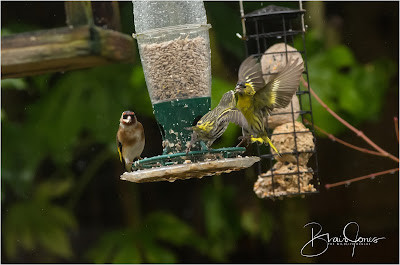