When the Beast from the East met Storm Emma over Gwent

What a memorable week of extreme weather we have had in Gwent.

I cant remember the snow being this bad for a very long time - probably in the 1990's or even as far back as the legendary 1982 snow falls.

The cold air from the so called Beast from the East brought Northern Europe temperatures which immediately had an impact on my garden birds. The regular visitors began to increase their frequency and the feeders were constantly busy. The Starlings, House Sparrows and Tits seemed to sense something was awry was coming early on and appeared to be stocking up.

As the temperatures plummeted and the snow began to fall heavy I had my first newcomer - a Fieldfare landed in my Acer and gave me the stare. Grabbed the best photo I have had to date of these fantastic winter Thrushes.

The weather got even worse and when the Beast collided with Storm Emma from the south wildlife was pushed to its limits and the snow caused havoc.

Birds with fluffed out feathers descended into my garden in wild panic to find food and shelter.

In such challenging harsh conditions they show what true survivalists they really are. Fighting for their lives to survive, they really should be respected.

One House Sparrow in particular was not just combating the elements but also trying to fend of attacks from rival males and had one hell of a head wound (pictured below).

Throughout Gwent the story was the same. Lots of birders were reporting seeing some new visitors , Redwings, Fieldfares ,Blackcaps, Mistle Thrushes and Bramblings etc

I did not get a Brambling - I live in hope but I did get a Redwing and Song Thrush.

My usual stalwarts the Starlings, House Sparrows , Dunnock, Robin, Tits and a wren were out in numbers and appear to have by and large heroically survived the worst of it.  I hope that wounded House Sparrow did as he really could do with some luck.

I was a little concerned that the Siskins may have fled the cold but once the thaw started they returned to their usual spots on the Niger and Sunflower heart feeders.

Brilliant, fairplay it had to be said,total respect to my feathered survivors of the storm. 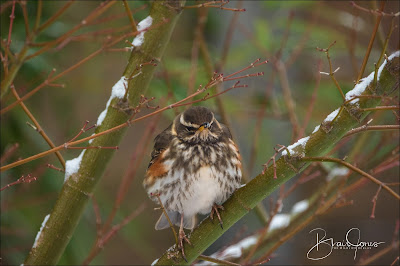 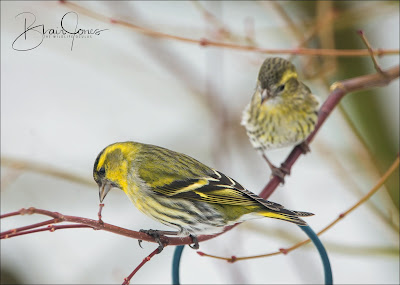 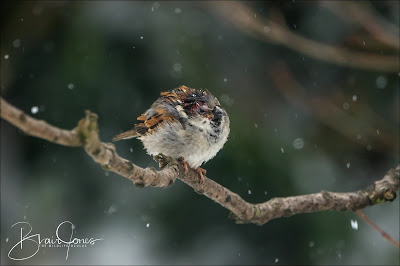 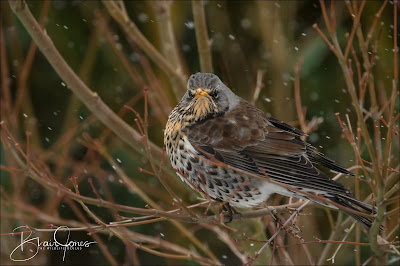