Mini Beast from the East

Yet again we have had more snow. The "mini" Beast from the East brought a thick covering of snow this morning throwing my plans in disarray.

Snowed in and unable to drive the car as it was stuck at the equivalent of  the bottom of an alpine ski slope, the family had to make do with a day at home.

I was up early, peering out of the window at the garden feeders , sipping a peppermint tea and thinking there is a lot of bird activity, its going to be an interesting day .

There was a whole flock of Siskins fighting for positions on the feeders , a pair of Bullfinches, group of Goldfinches and a solitary Robin in the tree.

I didn't have my glasses on so was rather myopic at this point. I took a second glance at the Robin and thought for some reason it was a bit odd.

I then took a cursory glance down my camera lens and had a shock - it was male Brambling in almost breeding plumage.

To say my heart jumped a beat is an understatement.

Amazing, my first Brambling visitor to my garden feeding station. Its also only the second time I have seen this species.

Its was perched in my Acer Tree in a snow blizzard. It did not stay for long but I did have time to take a short video clip.

The Brambling has been my highlight today but I have had a great time of it taking pictures of all the other bird visitors I get. I love the snowy backdrops, it makes the pictures quite atmospheric.

As usual I take my hat off to the birds, it was yet again a battle to survive the surprise winter elements. 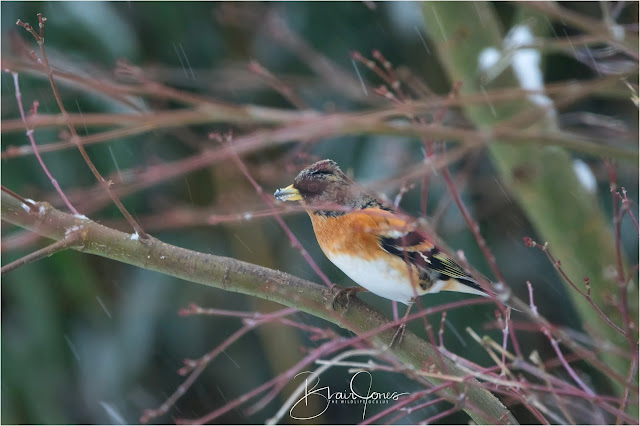 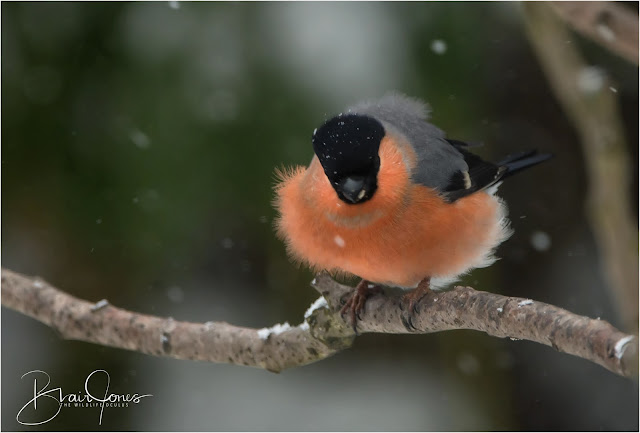 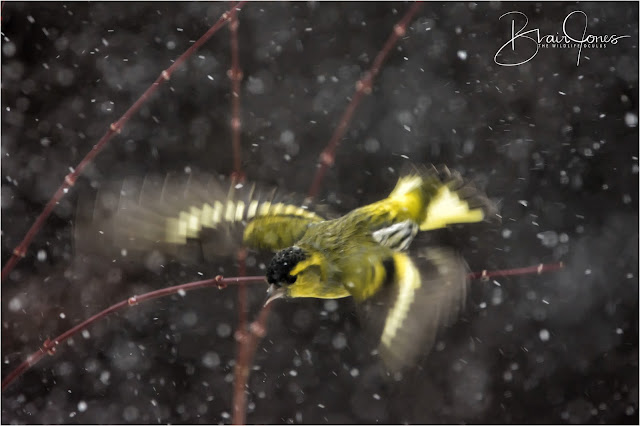 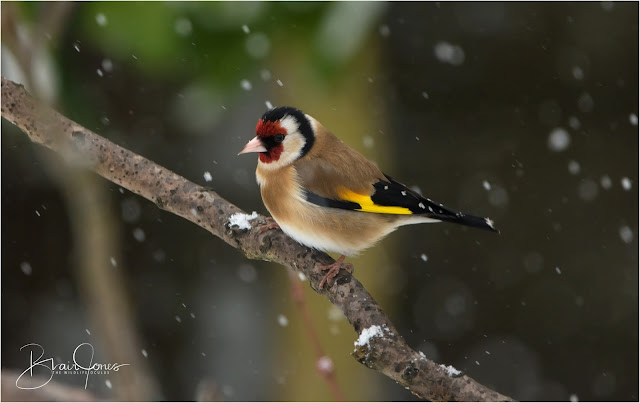